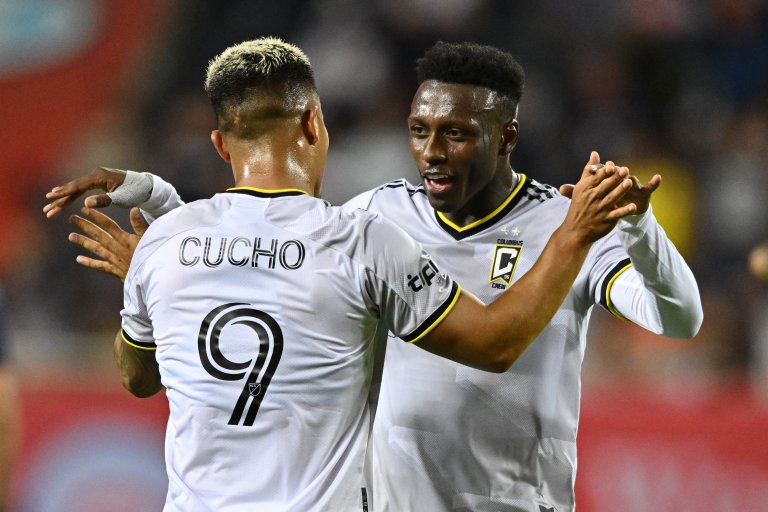 MLS is back with mid-week play on Tuesday and Wednesday this week. Heineken Rivalry Week continues into MLS Week 20 with Austin hosting Houston in a Texas Derby Tuesday night, followed by a stacked card of ten matches on Wednesday.

Read on for the MLS odds for every MLS Week 20 game, as well as our best MLS betting predictions.

Looking at the card for MLS Week 20 sees Austin, Chicago and the LA Galaxy as the heavy betting favorites. LAFC lead the MLS Cup odds, however, are off in midweek after their El Trafico win on Friday. Bet on the odds above or look to one of the many other ways to bet on soccer such as goalscoring props, totals and parlays when making your best this week.

It’s a big MLS Week 20 matchup when it comes to the West playoff standings. Nashville sits in seventh, holding the final spot with 27 points. A win and favorable results elsewhere could see them jump to fourth. Seattle is just a point back with 26 points and a win would see them jump to fifth themselves.

This is just the second-ever meeting between these two sides. The first, came back in February in their opening game, a 1-0 road win for Nashville. That first low-scoring game was typical of their early-season results. The Under went 8-3 in their first 11, with eight of those 11 being on the road.

But since, Nashville games have featured higher scorelines. The Over has gone 7-1 in their past eight. They lost 4-1 in Charlotte last weekend, the most goals they have ever allowed. This followed a 2-2 draw, 3-1 win, and 2-1 loss.

They’ve been good, but not great at the brand new GEODIS Park, going 2-4-1 at home. One loss is solid, but only two wins are not. And they’re 0-3-1 in their past four. Outside a single 0-0 draw with San Jose, Nashville has scored in each of their other six home matches but has kept just one clean sheet. Their home record overall though is incredible dating back into 2020 with just one loss in 26.

The Sounders welcomed back Raul Ruidiaz from injury on Saturday, but were reduced to ten men early in the second half against Portland, and ended up on the losing side of a 3-0 result to their Cascadia rivals. It was the first time in 124 home matches that they lost by three or more.

Seattle will be keen to bounce back here and they certainly have the squad to do so. But dating back into last season they’ve kept just two clean sheets in their past 16 on the road. Both of those came this season. A 2-0 win in Toronto and a 1-0 win in Houston. Neither of those teams is having great seasons.

Hany Mukhtar pulls one back for @NashvilleSC ?

Hany Mukhtar (10 goals) and CJ Sapong  (5) should be able to get Nashville on the board, but the Yotes haven’t looked impressive defensively of late. Betting on Mukhtar is never a bad idea, considering he leads the league in both shots and shots on target. His odds to score sit at +118. He has eight goals in his last eight games.

At -120 for both teams scoring, it looks like a decent price and bet.

Dallas is fresh off a wild Texas Derby with Houston on the weekend which saw them draw 2-2, after leading 1-0, being drawn 1-1 and taking what looked to be the win with a 93′ minute goal. However, the Dynamo fought back and drew level deep, and I mean deep into stoppage time in the 101′ minute.

FCD may be fourth in the West. but they are now winless in their past five and have just one win in eight. They’ve conceded in each of their past nine, while also scoring in eight of those nine.

New York is third in the East and has the most points (19, tied with Seattle) of any team over the past ten rounds. Take out one US Open Cup loss to the Red Bulls in June, followed by a loss in Philly to the Union in league play, and the Pigeons haven’t lost in 15 of their past 17. The Union loss is their only defeat in 13 MLS games.

On Saturday, interim head coach Nick Cushing picked up his first win in charge of NYCFC, a 4-2 win over New England. The win was aided by the fact the Revs took a red card in the 41′ minute.

Regardless, the Revs put up a fight and the score was just 3-2 until Taty Castellanos scored his second of the night in the 82′ minute. His first came in the first half, a PK, after he missed an earlier penalty ten minutes earlier. In fact, NYC was awarded three penalties in the first half, scoring two.

Away in a tough venue in Dallas, we’ll back that trend continuing, especially when you consider both teams have scored in all six of the all-time meetings with these teams.

Let’s look to two games from Wednesday to include some scoring props into a parlay for MLS Week 20.

Both of these teams coughed up leads on the weekend. Toronto led 2-1 before San Jose drew level with a late 92′ minute equalizer against San Jose. I keep a running tally of this stat each week and the streak continues. TFC has now conceded in 27 straight MLS games and in 48/49.

The Fire jumped out to a 2-0 lead over Columbus, before seeing them score three goals in a 20-minute span in the second half to lose 3-2.

Chicago sits bottom of the overall standings entering MLS Week 20 and has just two wins in 15. They’re last in the MLS Power Rankings too. With Alejandro Pozuelo and Ralph Priso traded, Carlos Salcedo returning to Mexico, Lorenzo Insigne yet to debut injured and Mark Anthony Kaye potentially able to make a debut for the Reds, Chicago probably has the more settled lineup right now. However, Toronto won 3-2 against the Fire in May, making them now undefeated in 14 versus Chicago.

? Mark-Anthony Kaye has now arrived in Toronto. Hopefully he’ll be ready to play in TFC’s match at Chicago on Wednesday.#TFCLive

But I can’t trust either of these teams to win a game right now. I can trust Toronto to get scored on.

These teams are heading in opposite directions right now ahead of their MLS Week 20 match. The Crew are undefeated in six after last weekend’s 3-2 win in Chicago. They’re 3-3-0 in that stretch and are now just one point out of the East playoff picture.

That said, the Crew were down 2-0 at Soldier Field until goals in the 63′, and 75′, and finally a late winner by new addition Cucho Hernandez in the 83′. If you think Cucho can deliver again in MLS Week 20, he has enticing odds of +275 to be an anytime scorer.

Cucho Hernandez scores in his debut to give @ColumbusCrew a late lead! pic.twitter.com/oTMeMvMnF4

Meanwhile, DC just conceded a touchdown and extra point in losing 7-0 in Philadelphia. This comes after a 5-3 win in Orlando and 3-1 loss at home to Nashville.

Are they the team that put up five on Orlando? Or closer to the team that got humiliated on Friday? Considering they have just one win in eight, sit tied with Chicago for the fewest points in the league, and rank 27th in xG, it’s probably the latter. They’ve conceded 13 goals in their past three games and have kept zero clean sheets in their past eight.

Taxi Fountas now has 12 combined goals + assists (9 goals, 3 assists) in his first 10 MLS games, tied for the most in @MLS history. ? pic.twitter.com/0tpXm7G4vJ

Maybe their lone bright spot on the season is the play of forward Taxi Fountas who has nine goals in just 11 games. He is +180 to be an anytime scorer on Wednesday. Off the field, there’s big news with DC announcing Wayne Rooney will be the next DC United manager.

But no team is ever as good or as bad as their last game. That usually holds true in most sports. And after getting shelled for seven goals I’m betting they come out with at least a slightly better game plan on Wednesday. Perhaps one that creates some scoring chances for Fountas (9 goals) and Ola Kamara (6).

Wayne Rooney is set to become DC United manager where he played previously as a player in the MLS. Once visa paperwork is completed Rooney will replace the current interim manager, Chad Ashton. ?????????⚫️ #VamosUnited

But I just think DC bounces back in some way and will instead back goals from both sides.

Parlay Picks: Chicago to score and DC vs Columbus both teams to score (-104); 1 unit at Caesars Sportsbook