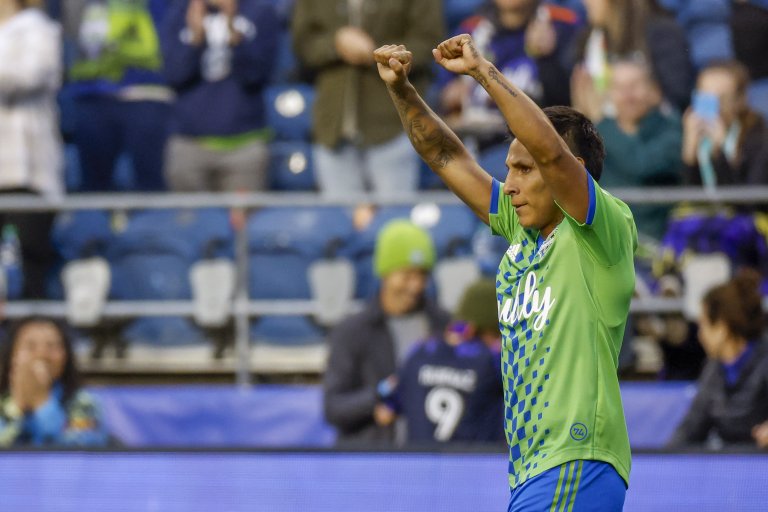 Major League Soccer returns after a two-week international break with MLS Week 15 this Saturday and Sunday. While a handful of games were played over the past two weeks, this weekend will feature ten games on Saturday, followed by four more on Sunday.

Maybe the biggest news to come out of the break is the departure of Ronny Deila as head coach from NYCFC. New York is the reigning MLS Cup champ and currently leads the Eastern Conference. They’ve kept six consecutive clean sheets. NYCFC and LAFC are tied atop the current MLS Cup odds.

Read on for the odds for every MLS Week 15 game, as well as our best MLS betting predictions.

There are many ways to bet on soccer from the odds above which list the New York Red Bulls over Toronto FC and Atlanta United over Inter Miami, as the biggest favorites of MLS Week 15. If you’re a totals bettor, the top Over teams heading into the weekend are Vancouver in the West at 11-4 and Montreal in the East at 11-3.

Under bettors should look towards Philadelphia (11-3) in the East, and Minnesota (9-5) in the West. Both are tied for the lowest average goals per game in their matches at just 2.1.

The biggest game of MLS Week 15 is the first game, kicking off on Saturday afternoon at 3:00 pm EST. You wouldn’t know it by the standings, with Seattle currently seventh, in the West and LAFC first. But these are obviously two legitimate contenders in the MLS Cup odds.

Two of the deadliest No. 9s square off Saturday as @SoundersFC hosts @LAFC on ABC. pic.twitter.com/gznPLWGmaG

Seattle played Tuesday night, and began the night in 11th in the standings. They played at home to Vancouver which saw then run out as easy 4-0 winners. They’ve now won four of their past five.

However, outside of a 1-0 road win in Houston, Seattle has failed to keep another clean sheet this season,

That’s not great news against an LAFC team that ranks first in the league in goals (29) and second overall in xG (25.9).

They’re second in attacking penalty area touches and first in both shots and shots on target this season. LAFC have scored in every one of their matches this season except one. So it’s safe to say between Carlos Vela, Cristian Arango, and others, they should generate opportunities. In fact, no team has had more individual goalscorers than LAFC’s 13. And while he won’t be in the lineup for a number of weeks still, LAFC will be boosted by the news that Italian legend Giorgio Chiellini will be joining the team in July from Juventus.

The Next [email protected] pic.twitter.com/AV4ITgDfx3

This could easily be a Western Conference final and both teams are more than capable of contributing a goal on Saturday in MLS Week 15.

It’s an inter-conference match between CF Montreal vs Austin FC at 7:30 pm EST Saturday night in MLS Week 15. Both teams are off to strong starts with Montreal third in the East with 23 points, and Austin fourth in the West with 24 points.

How’s your squad looking coming out of the international break? 🧐 pic.twitter.com/zuOQq1cCLp

Both have been successful in the standings and also successful in putting money in Over bettors’ pockets. Montreal is 11-3 to Over 2.5 totals, the highest-ranked Over team in all of MLS. Meanwhile, Austin is right behind at 10-4. Austin is also fourth overall in MLS in xG (22.9).

We last saw Montreal defeating FC Cincinnati 4-3 at home on May 28. That followed back-to-back 2-1 losses. There’s been goals from both sides and three or more total in five of the past six for Montreal.

If you look at the season overall, Montreal has kept just one clean sheet. It came against expansion side Charlotte. They’ve also only been held off the scoresheet once all season. That came way back on opening day on the road in Orlando.

Austin entered the international break off a 4-1 defeat on the road to the LA Galaxy. It was their fourth straight game where they saw both teams scoring and over 2.5 goals in their game. Over 2.5 totals have gone 7-1 in their past eight. Away from home, a bet on goals from both teams and at least three total goals has cashed in six straight Austin road games. Austin has allowed at least one goals in 17 straight road games.

This game will feature two of the league’s top scorers. Austin’s Sebastian Driussi is second in league scoring with eight goals. Djordje Mihailovic of Montreal ranks third with seven goals.

Simply betting both teams to score (-182) should be a safe bet. But if you’d backed both teams scoring and over 2.5 in every Montreal game this season you’d be 11-3 and making money hand over fist. That’s the way I’ll look in this one for MLS Week 15.

FC Dallas will be the more rested team Saturday night after Vancouver played in Seattle on Tuesday. The Whitecaps were never really in the match falling behind just five minutes into play. Raul Ruidiaz recorded a brace, and the Sounders went on to win 4-0. Seattle put eight shots on target, while Vancouver did not manage a single attempt on goal.

Vancouver now travels again, to Dallas, one of the toughest places to play in MLS. FC Dallas is second in the West with 25 points, only behind LAFC. Of those 25 points, 16 have come at home where they are 5-1-1. Their defense has been near impenetrable, having only been breached six times in those seven games at Toyota Stadium.

Overall, Dallas has the best xGA in the West (15.2) and the third-best in all of MLS.

This will be a tough test for this Whitecaps’ team, even if they do see striker Lucas Cavallini return from international duty with Canada. It was Cavallini who scored a 92′ minute PK winner for the Whitecaps at home over Dallas back on May 18.  However, Vancouver is now on the road where they’re 1-0-7, having scored just five times, while conceding 20.

I think their struggles continue against a strong Dallas side and in-form Jesus Ferreira (9) and Paul Arriola (7) who sit tied in first and third respectively in league scoring. Arriola has scored in each of Dallas’ last five games, scoring six goals. Dallas should win this one (-200).

[email protected] bags our fourth of the night! pic.twitter.com/bGtXpv8nnE

San Jose is one of the highest Over teams in the league at 10-5 to over 2.5 totals. They’ve scored 25 times and conceded 32 (league-worst), good for an average goals per game 3.8 in their matches. That’s only behind Montreal’s 3.9.

Earthquakes’ games had been full of goal scoring until … their last game which ended 0-0 in Nashville last weekend. The Over had gone 8-2 in their previous ten. Both teams had scored in 8/11 as well. The Quakes are still far down the West standings. A switch in manager after Matias Almeyda was let go has seen some improvement but they are still just about average of late. They have just one win in their past five, but also just one loss in that period.

You don’t see a lot of road wins in MLS and this one should be no different. Only two teams have yet to lose at home this season. RSL is one of them, at 5-1-0. Philly is the other at 3-4-0. Meanwhile, on the road, San Jose is one of five teams that have yet to win at 0-2-5.

The Quakes are coming to our house. #RSLvSJ | @AFCU pic.twitter.com/KfYI7yZe0G

The strong home, and poor road forms, slightly puts me off backing both teams to score in case RSL keeps San Jose off the board. RSL has only allowed four goals at home all season. Regardless, we should see at least a couple of goals, but surely one from RSL.