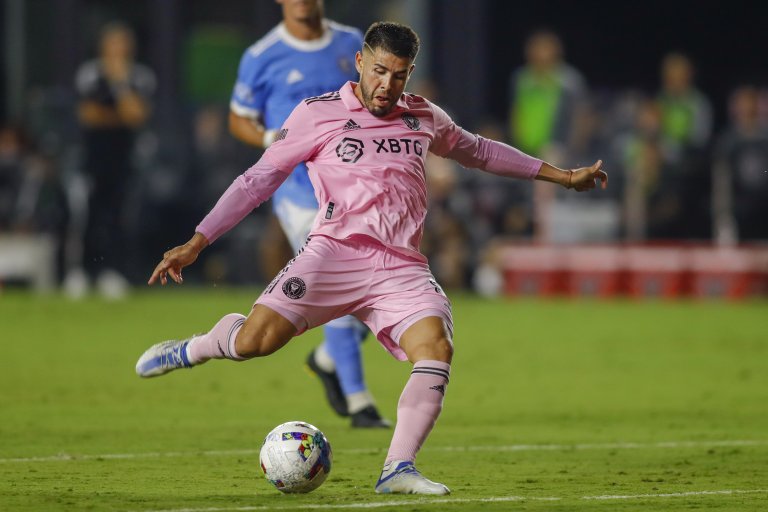 MLS Week 26 gets rolling on Friday night when the LA Galaxy hosts the Seattle Sounders. The weekend then features eight games on Saturday, followed by five more on Sunday. Our MLS picks will include selections from six of the games in the MLS odds table below.

Last weekend we rolled with a perfect 4-0 card, as goals continued to rain down across the league. Unfortunately, we went against the grain and tried to back an under in midweek play, only to see Toronto and New England put up four. Let’s not get cute with our MLS picks this round, and just look for the scoring trend to continue.

Oddsmakers are predicting many comfortable home wins this weekend with as many as eight home teams listed as odds-on favorites. LAFC, come in as the only road team to be odds-on this round, as they travel to face the struggling San Jose.

Our MLS picks today will feature four straight bets, as well as one two-game parlay below.

The Red Bulls enter MLS Week 26 off the back of a 2-1 road win in Atlanta on Wednesday. It broke a streak of three winless matches and sees them maintain their place in fourth in the East.

FC Cincinnati was off during the week so will be the fresher of the two teams. They too are coming off a game with Atlanta, a 2-2 home draw last weekend. FCC sits just ninth in the Eastern Conference standings with 33 points, however, a win, and several other results going their way over the weekend, could possibly see them climbing as high as fifth.

Cincinnati is running on a streak of three straight Overs, while being 15-11 to the Over on the season. Their games average 3.5 goals per game, the highest in the East, and only behind San Jose overall. Cincy is riding a streak of just one loss in 11 games. But with just two wins they are 2-8-1. Besides recording a ton of draws, the other consistent is goals. Both teams have scored in nine of those 11 and also in 12 of their past 14. The Over has cashed in 9/14 and Cincinnati has scored at least once in 17/18 games. But they’ve conceded in nine straight and on the road FCC has allowed 13 goals in their past five.

These teams played to a 1-1 draw back on July 9 in Cincy. That marks the fifth-straight time they’ve played to the Under.

So we have conflicting stats. But in my MLS picks for this game it all comes down to Cincy. Their defense hasn’t proved capable of stopping anyone. They’ve given up an xGA of 1.1 or higher in 10/11. But Brandon Vazquez, Brenner and Luciano Acosta are all rolling and make their offense one of the hottest in the league. FCC registered an xG of 1.1 or higher in 10/11 as well.

It’s the second meeting of the season between Minnesota and Austin, with Austin taking a 1-0 win back in April in Texas. These teams don’t often produce goals when they meet up. But, it’s a short sample size. Last year Minnesota won 2-0 and Austin won two of the three meetings, winning 1-0 in the other two.

But this season in MLS, and especially of late, goals have been all the rage. Austin is one of the highest Over teams in the league at 17-8. In their last ten games the Over has gone 7-3. Meanwhile, the Verde and Black extended their goalscoring streak to 15 games after a come-from-behind 4-3 win over SKC last weekend. That followed a 3-3 draw with San Jose in their match prior. Each of those results came at home, but on the road, Austin is still scoring, having scored a goal in 12/13 road games. The only time they failed to do so was way back in March.

The joys of Emanuel Reynoso’s game were on full display in #MNUFC’s 2-1 win over [email protected] on Rey’s unique style of play that has MLS coaches scratching their heads: https://t.co/xyRPe9p3v5

Austin owns the best road record in the league at 8-2-3 and they have the hottest striker in MLS, with Sebastian Driussi leading the Golden Boot race with 17 goals. They haven’t lost on their travels in six games. And they’re 7-3-1 overall in their past 11.

The Loons are just as hot though at 6-2-1. At home, they’re undefeated in four but have conceded in 6/7 recent home matches.

If there’s any game on the board that looks like an Over bettor’s dream in MLS Week 26, it’s probably this Inter Miami vs Toronto FC game.

Only one team has played to more home Overs than Miami’s 10-3 record, and that team is Toronto. Toronto may only be 5-7 to the Over on the road, but they’re a different team this past month. TFC is 3-2-0 in their past five and have scored 13 goals in those five games.

This will be the first meeting between the teams this season, and the first for Alejandro Pozuelo, lining up against his old team. Pozuelo wanted out of Toronto and has made an immediate impact with the Herons. He has two goals and three assists in his past four games wearing pink.

Miami is one of the many teams Toronto will be trying to chase down for a playoff spot. And Miami is doing their best to maintain their current place, going 3-2-1 in their past six. They just beat the defending champs, NYCFC, 3-2 at home, which followed a 2-2 draw in Montreal.

[email protected]_Insigne vs. @Pozuelo_10 – who has the edge?

But let’s jump back to what we started with when talking about our MLS picks for this game. Their home form. Miami is 7-2-1 in their past ten at DRV PNK Stadium. In those ten, and in fact, in their past 11 at home, both teams have scored in 10/11. Miami has scored in all 11. And betting both teams scoring and Over 2.5 goals in your MLS picks in those games is 10-1.

This is how good LAFC is right now. They’re sitting top of the Supporters’ Shield standings and the MLS Cup odds. They’ve won seven straight, outscoring their opponents 19-6. And they’ve won their last two without Gareth Bale or Giorgio Chiellini even dressing, both being rested for “load management”.

The team isn’t getting off to the fastest of starts lately. They just beat DC 1-0, not scoring until the 67′ minute. They beat Charlotte 5-0 but scored all five in the second half. On the road, they’ve won three in a row but have conceded in four of five.

Sitting in 13th in the West and nine points out of the playoffs, the Earthquakes look dead, now winless in six. They’ve allowed the most goals in the league at 53, but their 40 goals scored is tied for eighth overall. Jeremy Ebobisse is having a career year with 14 goals and ranks fourth in the Golden Boot race.

[email protected] have been a dominant force on the pitch this season, sitting atop the Western Conference for weeks.

Their approach to the transfer window was no different. 🤝 pic.twitter.com/467DDfBv1b

With the highest average GPG in the league, it’s not surprising that San Jose games feature goals. Despite their poor form, they’ve scored in 8/9. Betting BTTS and Over 2.5 in those nine would’ve cashed at an 8-1 clip.

That trend extends to this all-California matchup as well historically. It was 3-2 LAFC earlier this season. Therefore, making a bet on Over 2.5 a winner in 10/12 all-time meetings. The Earthquakes have won the last three meetings in San Jose and have at least scored a goal in each of the past seven against LAFC.

An LAFC win would surprise no one in MLS Week 26. However, San Jose does seem to get up for this matchup. Let’s once again, go to the goals market for our MLS picks in this game.

Here’s a two-game MLS parlay from the Sunday matches. Be sure to check out this Barstool Sportsbook promo code that offers a unique sign-up bonus to bet on all the MLS action and our MLS predictions this weekend.

Columbus Crew vs Atlanta United: Atlanta just lost 2-1 at home to the Red Bulls Wednesday, marking the tenth time in 11 games they’ve given up a goal. On the road, they’ve conceded in 10/12 games and have an abysmal 1-4-7 record. The Crew may be the league’s third-lowest scorers, but much of those struggles came before the arrival of Cucho Hernandez. Cucho has goals in back-to-back games, six goals in seven games and Columbus have scored in six of their past seven. I trust they’ll find the scoresheet versus a beat-up Atlanta side.
Sporting Kansas City vs Portland Timbers: Back in May Portland took SKC to the woodshed to the tune of 7-2 at Providence Park. Last season the scores were 1-1 and 2-1 Portland. Their past six head-to-heads all saw both teams scoring, with the Over also going 5-1. SKC is dead-last in MLS, but they’ve scored seven goals in their past two games. It’s been 15 long games since the SKC net has failed to be breached though. Bad news against a Timbers team that has scored in 12 straight. This same Timbers team has also conceded in 16/17. You could probably bet the BTTS & Over 2.5 in your MLS picks on this game alone at -108 odds. But for a safer approach, (3/6 recent Timbers matches have ended 1-1), I just bet both to score.