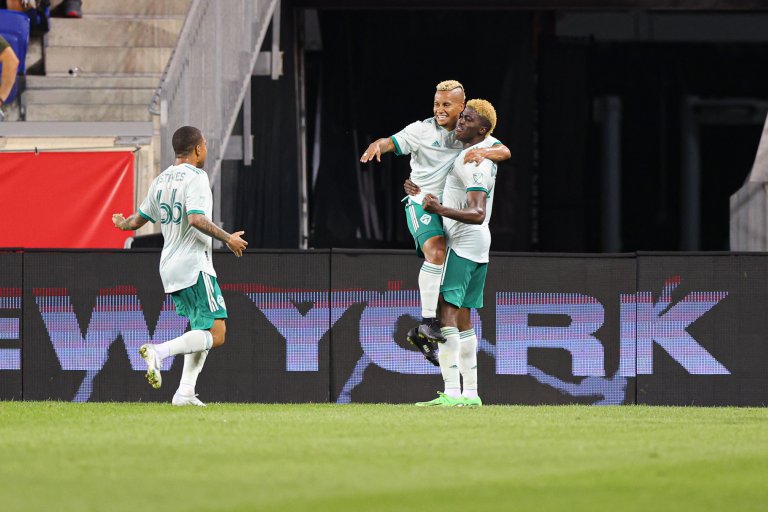 The MLS All-Star game is just days away, but first, MLS Week 24 serves up a full card of 14 matches this weekend. We take a look at the MLS odds for the card and make our best MLS picks below.

Montreal and Austin are easily the biggest favorites of the weekend in the MLS odds. The first game of the weekend. While the match that looks to be the closest is the MLS Week 24 kick-off game on Friday night between Vancouver vs Houston. The draw has the shortest odds of any match at +250.

Minnesota has already won twice against the Rapids this season. They first won 3-1 at home in MLS, before also winning 2-1 at home in the US Open Cup.

Get an all-access pass with club producer, @mike_revollo during our trip to the East Coast and a 5-4 comeback win against Red Bulls.#Rapids96 pic.twitter.com/3wbdDjJFUi

Colorado are just an equal 11-11 in totals betting this season. But they are 5-2 to the Over in their past seven. They were just involved in a wild 5-4 road win against the New York Red Bulls on Tuesday and have now scored in each of their past six. But they’ve also allowed a goal in 8/9. The Rapids have also scored in 10/11 home games at Dick’s Sporting Goods Park.

The Loons are coming off their own wild shootout last weekend, a 4-4 draw at home to Portland. That extends Minnesota’s undefeated streak to seven at 5-2-0. Minnesota has scored multiple goals in six of those seven, outscoring their opponents 18-11.

Despite the undefeated streak, as you can see with 11 goals conceded in seven, the defense has not been airtight. They’ve conceded in six of those seven and also in 14/15.

Minnesota is just 12-11 to the Over this season and 7-4 to the Over on the road. However, all seven of those road Overs have come in their past seven. Simply put, the Loons on the road equals goals. They’ve conceded in 10/11. Not only has a bet on both teams scoring cashed in seven straight Minnesota road matches, but so too has the both to score and the Over 2.5.

On the other hand, RSL are having a strong seadon themselves and don’t lose often at home where they are 7-3-1. They’re one of only four teams to have one or fewer home losses.

But, most of those wins came in the first half of the season. Their recent form has taken a turn downwards at 1-3-3 in their past seven. They were down 2-1 to San Jose last week before drawing level late in stoppage time. Of RSL’s nine wins, only four have come against teams currently in the playoff picture; Seattle, Nashville, Austin and Montreal. None of those wins have come in their past ten. Their last three wins in their past ten have come against Houston (12th), San Jose (13th) and most recently SKC (14th).

This is the first meeting this season between the two, but LAFC have won each of the past four meetings and 9/11 all-time. The teams have never drawn.

Another #MLS weekend ahead let’s have a look at the standings 👀 who will be top 3 after this weekend ?! pic.twitter.com/bcXTvn9UT6

Neither team played in league play during midweek, however, LAFC did lose in penalties to Club America of Mexico in the Leagues Cup on Wednesday.

RSL haven’t defeated a team of LAFC’s quality in some time but do hold the homefield and rest advantage in this one. I’ll still give LAFC the edge to win, but will take the insurance of the ‘draw no bet’ prop market.

Here are selections from two different games to include in a two-game parlay for our MLS picks.

Austin went on the road last weekend and defeated SKC 2-0. They didn’t look great in doing so, especially considering Sporting played much of the game a man down, still managed to press and were unlucky to miss a penalty. But a road win, is a road win and that’s what good teams do, find ways to win even when not playing well. Sebastian Driussi scored his 14th of the year, and now has six goals in his past eight games. Taking a shot on him as an anytime scorer (-103) is never a bad bet.

Sebastián Driussi makes it 2-0 with his 14th goal of the season. 🔥 pic.twitter.com/dABNO9Mx0w

San Jose has not played well this season as their 13th place position clearly shows. I maybe gave them too much credit in midweek play assuming they would score some goals against a Miami team that was just 1-2-7 on the road and had only scored four road goals all season. But, they served up a dud and lost 1-0 at home.

They’ll now head on the road where they are 1-3-7 with 14 goals scored compared to 24 conceded.

Austin are the league’s highest scorers with 47 goals scored. San Jose are the league’s worst defense having conceded 46 times while also ranking dead last in xGA at 43.1 and also last in shots on target allowed.

On the road, on a short week, coming up against an in-form Austin side, I see three points going to the Verde and Black.

No team is hotter than the Philadelphia Union right now. They’re the only team who are 5-0-0 in their past five and are 6-3-1 in their past ten, only behind LAFC at 8-1-1. Jim Curtain’s Union actually still, at 23 games into the season, have only lost twice. The next fewest amount of losses for any team is four.

After last week’s 6-0 mauling at home of the Houston Dynamo, the Union have just a single defeat in their past 16. Their past five, all wins, have seen them keep three clean sheets and outscore their opponents 18-2.

The @PhilaUnion keeping pace with @AustinFC @LAFC for the Shield is not being talking about enough. Should be a fun to the end. #Doop #Verde #LAFC #MLS https://t.co/GDELzzl4gO

On Saturday in MLS Week 24, they’ll face an FC Cincinatti team who are ninth in the confernece at 7-8-8 and actually own the second-worst home record in the league at 3-4-4. Only SKC has collected fewer home points than Cincy.

But it’s not all bad for Cincinnati. They have just one loss in seven. But … they have zero wins in those seven as well at 0-6-1. That’s a boatload of draws. Last week they drew 4-4 in a wild shootout with Inter Miami. All six of those draws have seen both teams scoring. The lone defeat, 2-0 in Columbus, is the only time FCC has failed to score in their past 16. At home they’ve scored in every game at TQL Stadium except their first, back in March.

[email protected] is headed to @fccincinnati. 👀#FCCincy strengthens their back line by adding the #USMNT defender. pic.twitter.com/POIQNwAtji

The teams played to a 1-1 draw in Philadelphia earlier this year. Last year Philly won 2-0 and 2-1.

Cincy can score. Defense is the issue. Which is why they just signed Matt Miazga from Chelsea. But he won’t be ready to play yet. Either Cincy gets invovled with another shootout here, or the Philly defense shuts them down and takes another team to the woodshed. Either way, we should at least see two goals.