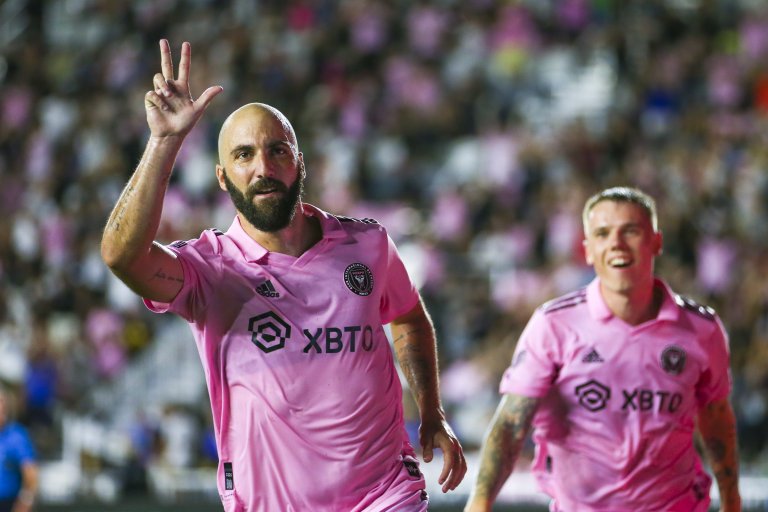 Wednesday night features four games in Major League Soccer for MLS Week 24. Our MLS picks will feature a pick on one of the games, plus a parlay with two more.

The week got started on Tuesday night with a 5-4 road win for Colorado over the New York Red Bulls, plus a 1-0 home win for Seattle over Dallas.

Read on for the MLS odds for every MLS Week 24 game, as well as our best MLS predictions.

There are four games on Wednesday night to focus on for our MLS picks today. Three of those four have home teams listed as odds-on favorites, but only slightly. Charlotte has the greatest implied probability for a win at 58.16%. The Timbers are the only home team offering plus-money for a win. They’ll host Nashville, whom they drew 2-2 with in Nashville on July 3.

The Earthquakes are coming off a heartbreaking draw on Saturday against Real Salt Lake. After holding a 2-1 lead from the 62′ minute on, RSL scored a late equalizer in the 95′ minute. San Jose is now winless in three and has just one win in five. Maybe more concerning is that they’ve now conceded multiple goals in each of their past five as well. That’s ten goals conceded in five games compared to nine scored.

Jeremy Ebobisse scores his 12th goal of the season with an assist from Cristian Espinoza! #MLS | #VamosSJ | #Quakes74 https://t.co/El7WTLqBrs

That adds up to lots of goals in San Jose games of late. Both teams have scored in each of their past six, with the Over 2.5 hitting in each as well. The Earthquakes have conceded the league’s most goals with 45 and have kept just two clean sheets all season.

Speaking of lots of goals, Inter Miami was involved in one of the wildest games of the season on the weekend, a 4-4 home draw with FC Cincinnati. Gonzalo Higuain scored a first-half hat-trick for Miami, but Brenner replied with a brace for FCC, giving Miami a 3-2 lead at the half. Brandon Vazquez then added a brace of his own in the 81′ and 86′ minutes to give Cincy what looked like a 4-3 win. However, Christopher McVey replied in the 97′ minute to leave the teams level.

Miami’s matches have gone Over in 3/4 but they are just 11-11 to the O/U this season. Most of those Overs are home Overs though. Away from DRV PNK Stadium, they are 8-2 to the Under (just two Overs). And that’s because they simply can’t score away from home. They’re 1-2-7 with just four goals scored and 17 conceded on their travels. No team has scored fewer road goals than Miami. The next worst is DC with eight goals scored. Three of those goals came in each of their first three on the road this season. They’ve been held off the scoresheet in six of their past seven on the road.

That may not sound like a recipe for Miami goals on Wednesday. However, Higuain looks to have finally bought in. He’s coming off a hat-trick and was subbed off early in the 68′ minute. Leading scorer Leonardo Campana replaced Higuain, so will be fresh having only logged close to a half-hour of play. Alejandro Pozuelo has instantly improved the Miami midfield since his arrival as well.

There are some reasons for positively in Miami and reasons to believe they can score against the worst defensive team in the league. The same can be said though for San Jose scoring versus a team that has kept just two clean sheets in ten matches.

We’re going to include selections from two of these four games together to create a two-game parlay for our MLS picks.

It’s the second-ever meeting between these two. DC won at home way back in Week 1 of the season by a 3-0 scoreline in what was obviously Charlotte’s first game. Since that time though it’s been Charlotte who’s put together the better season.

It’s DC coming off a win though in Wayne Rooney’s first game as manager. United was down 1-0 at home to Orlando before mounting the comeback with stoppage time goals in the 91′ and 95′ minutes for the 2-1 win Sunday night. That increases an odd stat that shows that four of DC’s last six goals have been scored in stoppage time. Those all came at home though as DC has been shut out in each of their past two road matches and in three of four. But they have scored in five of seven overall.

Charlotte has conceded seven goals in their past two games but each of those was on the road. At home, they’re 7-0-3 with 15 goals scored to just seven allowed. But, home or away, they have conceded in each of their past seven.

Charlotte will be the much more rested side as their match against Columbus was postponed on Saturday due to inclement weather. They were still up late into the night awaiting that decision but didn’t exert any energy, compared to DC who played a day later on Sunday. But DC’s recent never-say-die mentality plus the “new coach bump” with Rooney on the sidelines could be enough to see them at least score in MLS Week 24. Let’s back both teams to score in this one.

Montreal may be currently ranked higher in the table at third compared to sixth in the East over Columbus, but the Crew are the league’s only undefeated team across the past ten rounds at 4-5-0. If you’re running the math and say that’s only nine games in that record, that’s because their match versus Charlotte, as mentioned above was postponed on Saturday.

That means the Crew comes into this one fresh. While they have seen three 0-0 draws in their past nine matches, they’ve still scored 12 goals during that stretch.

Lucas Zelarayan and Cucho Hernandez talk about their chemistry on the field and how they’re building their friendship off the field. #Crew96 | #VamosColumbus pic.twitter.com/vPO2HHirNC

Montreal just drew 0-0 at home themselves to NYCFC on Saturday. It was a New York team playing without Taty Castellanos for the first time and it showed. NYCFC registered a horrendous 0.1 xG the entire game. Their previous low all season had been 0.9. So Montreal had little offense to try and contain.

On Wednesday in MLS Week 24, they’ll have an in-form striker to contain in Cucho Hernandez who’s scored four goals in his first four games. The Crew should do enough to find the scoresheet against a Montreal team that has conceded in 10/11 road matches this season.