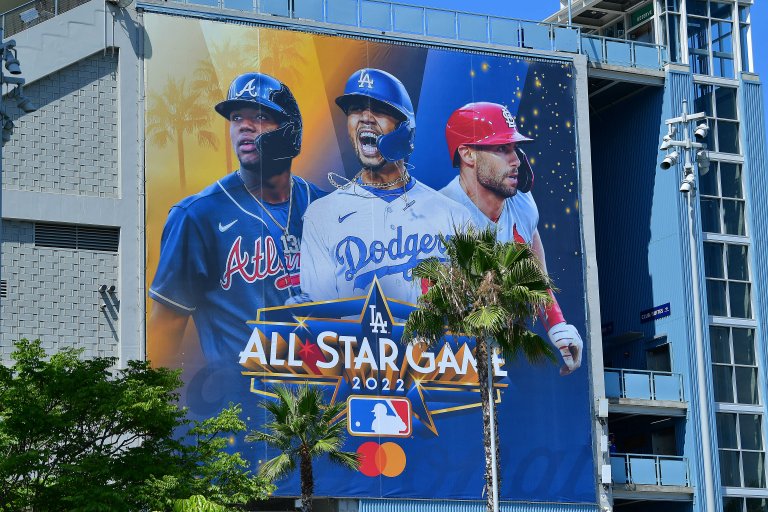 The National League is set as -115 favorites in the MLB All-Star Game on Tuesday, July 19 at Dodger Stadium
American League teams are 8-0 straight up in the past eight midsummer classics
Below, see the 2022 MLB All-Star Game odds and picks

Recency is on the American League side but history is supporting the cause of the National League in this year’s MLB All-Star Game.

The AL has won the past eight midsummer classics. The Junior Circuit is 6-2 against the runline in those eight games. Yet it’s the National League that oddsmakers are going with to win this year’s MLB All-Star Game.

The NL is set as slight -115 betting favorites in the MLB odds. Bettors who choose to back the AL will do so with a betting line of -105.

First pitch for the MLB All-Star Game at Dodger Stadium is set for 8:00 pm ET. The weather forecast is calling for partly cloudy skies, 5 mph wind and a temperature of 82 degrees, FOX is providing the television broadcast of the game. It can also be live streamed via fuboTV.

It’s been an all American League showing of dominance in recent MLB All-Star Games. Along with taking the victory in the past eight games, the AL is 6-2 against the runline over that span.

Beyond the current eight-game winning streak, the AL has won 15 of the past 18 games, and 20 out of the last 24 contests. Yet despite that recent dominance, the AL is only holding a 46-43-2 advantage in the all-time series.

What a story! Clayton Kershaw starting for the NL at Dodger Stadium is going to be special ✨@kevinburkhardt | @AROD | @davidortiz | @TheBigHurt_35 pic.twitter.com/JjW0WXWmWc

The last win in the MLB All-Star Game for the NL was in 2012 at Kauffman Stadium, home of the Kansas City Royals. However, the only previous time the midsummer classic was contested in Chavez Ravine at Dodger Stadium, it was the NL that emerged victorious. It was a 4-2 victory for the NL in that game, played in 1980.

If you’re a NRFI bettor, the oddsmakers are favoring it to come in during the MLB All-Star Game. The NRFI – no runs scored in the first inning – is offering odds of -155.

The YRFI – yes, there will be at least one first inning run scored – is set at +325. However, it’s the NRFI that has hit in each of the past four MLB ASG.

There’s also a MLB fifth inning wager on the ASG. No matter which league you pick to be ahead after five innings, you’ll get -115 odds. If you think some slugger is going to clout a grand slam in the game, there’s a prop bet on that outcome. Yes is going for +1400.

The top three picks for MLB ASG MVP are all American League players. Aaron Judge of the New York Yankees is at +550. He’s the chalk to win the regular season title in the AL MVP odds. Next is Toronto Blue Jays slugger Vladimir Guerrero Jr at +800.

“If he was available, he was going to be the starter… [The Angels] want him to stay on track, stay on his schedule, and that is why he won’t be pitching in this game.”@Ken_Rosenthal explains why Shohei Ohtani isn’t going to pitch in the All-Star Game: pic.twitter.com/nWDcyHMXnH

Romantic types were hoping for an all-LA starting pitcher matchup of Ohtani vs Clayton Kershaw of the Dodgers. Instead, it’s Tampa Bay’s Shane McClanahan, favored in the AL Cy Young odds, who’s getting the nod to start against Kershaw.