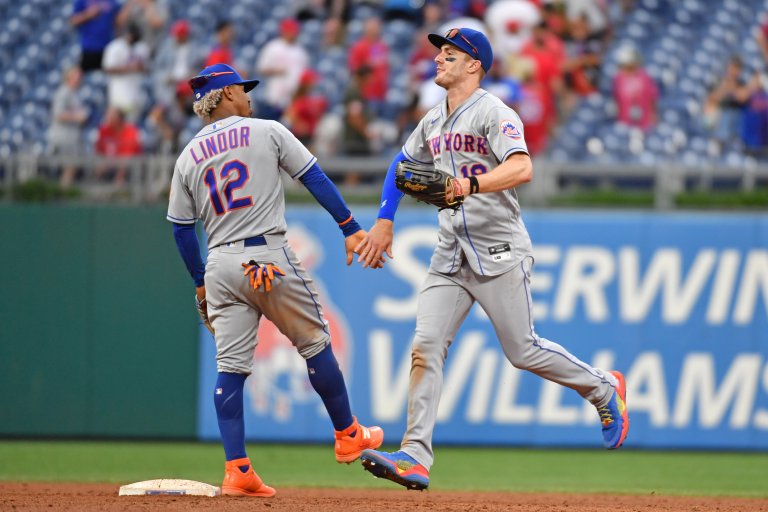 The Mets and Yankees face off at Yankee Stadium on Monday, August 22nd
The Mets have the second-best record in baseball, while the Yankees have been in freefall since the break
Read below for the Mets vs Yankees odds and betting preview

The New York Mets (79-44) face the New York Yankees (74-48) on Monday at Yankee Stadium in the first game of a short two-game Subway Series between the Gotham rivals that has a scheduled first pitch of 7:05 pm ET. Buck Showalter’s club will send Max Scherzer to the mound, while Aaron Boone’s group counters with Domingo German.

The Mets are favorites in this one with their co-ace on the bump.

The 38-year-old Scherzer has been his normal dominant self in his first year with the Mets. The 3-time Cy Young Award winner was 5-1 with a 2.54 ERA before missing six weeks with an oblique injury. Since his return, Mad Max with a 4-1 mark and 1.82 ERA. The Amazins are 12-5 in his outings, 13 of which have been quality starts.

Max Scherzer’s 11 strikeouts today land him on yet another wild list 🔥👏 pic.twitter.com/E4nQAjYVYf

He went 6.1 innings on Wednesday in his most recent turn, allowing three hits, four earned runs and three walks while striking out eight in a 9-7 victory over Atlanta, the team chasing New York in the NL East.

Meantime, the reeling Yankees turn to the untested German in this one. The Bronx Bombers are 2-4 since the 30-year-old was inserted into the starting rotation in late July. German owns one quality start — against the Red Sox on August 12th — in that timeframe.

The Dominican native lasted only 4.2 innings against Tampa Bay in his last turn on Wednesday. But German did enough to help New York get the win, surrendering five hits, three earned runs and a walk while striking out six in an eventual 8-7 win.

Showalter’s club enters this short set red hot, taking three of four from the Phillies and winning Sunday’s game 10-9 in dramatic fashion. Philly blew leads of 4-0, 7-4 and 8-7, with three Mets hitters registering three hits. Mark Canha was the big offensive hero, going 3-for-5 with a pair of big flies and driving in five runs.

The Amazins are 21-9 since the break and have three players hitting at least .300 over the last 15 days. (Canha, Francisco Lindor and Jeff McNeil).

Meantime, the Yankees — who are just 10-20 since the All-Star break — managed to avoid a four-game sweep at the hands of the Blue Jays on Sunday with a 4-2 win over Toronto. But the Bronx Bombers have still lost six straight series for the first time since 1995 — and are now staring at taking down Scherzer and Jacob de Grom to avoid dropping a seventh straight. Andrew Benintendi — who also doubled in the victory over the Jays –hit a tiebreaking, two-run homer in the seventh inning that proved to be the difference.

Andrew Benintendi’s 1st HR as a Yankee is a big one!!! A two-run shot gives them the lead!

Despite the victory, the Bronx Bombers have still dropped nine of their last 12 and are only 11-19 since July 9th. A big factor in their slide is probably injuries to key players like Giancarlo Stanton and Matt Carpenter. Of course, Aaron Judge is still the AL MVP favorite.

The Mets currently have +475 odds to win the Fall Classic, while the Yankees are at +500 in the World Series odds.

The Mets clearly have all the momentum coming into this one and are the easy pick.

Until the Yankees start scoring runs on a consistent basis again, it’s hard to go with the Bombers.