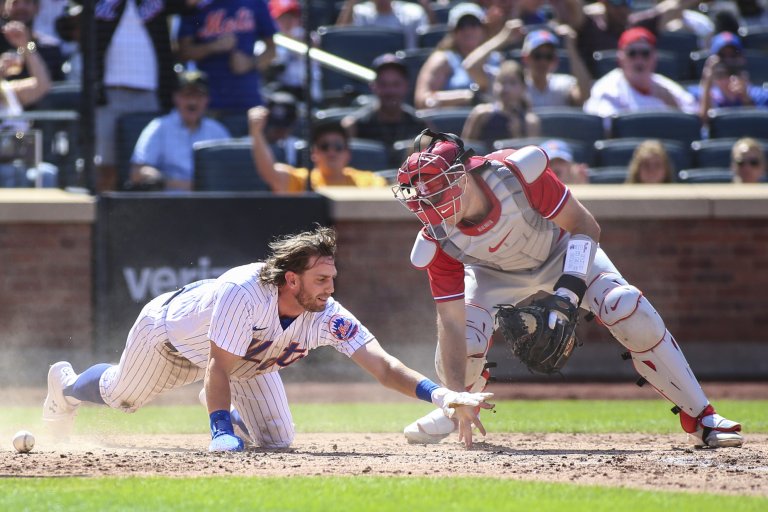 The visiting New York Mets look to get back on track when they visit the Philadelphia Phillies at 7:05 p.m. ET Friday in the opener of a four-game series.

The National League East-leading Mets (76-43, 36-24 road) lost three of four games to the second-place Braves in Atlanta, including 3-2 on Thursday night in the series finale. The Mets still have a 3.5-game lead on the Braves and are heavy favorite in the MLB division odds with just over 40 games to play.

The Phillies (65-52, 32-26 home) have dropped three of their last five games, including falling 1-0 to the Reds in Cincinnati on Wednesday before having Thursday off. The Phillies are 10 games behind the Braves but hold the second NL wild card in the MLB playoff bracket.

Odds as of August 18th at Barstool Sportsbook.

The weather forecast is calling for 85 degrees at first pitch with a low of 72, increasing clouds and a south wind at 5-10 mph.

Bassitt is 3-0 with a perfect 0.00 ERA in three starts in August. He has allowed one unearned run in 18 innings.

Got that dawg in him.

Bassitt is 2-0 with a 1.08 ERA against the Phillies in three career starts. His lone appearance at Citizens Bank Park resulted in a win May 8 when he yielded only one run in 5.2 innings in the second game of a doubleheader.

Nola is 2-1 with a 1.35 ERA in his last three starts but took a tough-luck loss against the Mets last Saturday at Citi Field. He gave up one run on four hits in eight innings while striking out eight and walking one.

Throwback to when Aaron Nola tied the major league record with 10 consecutive strikeouts in a row against the New York Mets pic.twitter.com/U922zZAeeU

The Phillies’ Nick Castellanos is 8 for 22 (.364) with three doubles and a homer off Bassitt.

Mark Canha accounted for all the Mets’ runs with a two-run home run in Thursday night’s one-run loss to the Braves. He also had a double and was the only New York player with multiple hits.

The Phillies took a tough loss Wednesday against the Reds when Cincinnati’s Jose Barrero singled in the game’s lone run in the bottom of the ninth inning off Seranthony Dominguez. It was the first run allowed by Dominguez since July 10.

On Thursday, the Phillies placed center fielder Brandon Marsh on the injured list with a bruised left knee and sprained left ankle. Outfielder Bradley Zimmer was claimed from the Toronto Blue Jays off waivers.

The Polar Bear struggled in Atlanta, though.

This is an interesting matchup between two pitches coming off good starts against the same opponent last weekend. Nola’s home ERA is a bit concerning, so let’s give a slight nod to Bassitt and the Mets as an underdog.