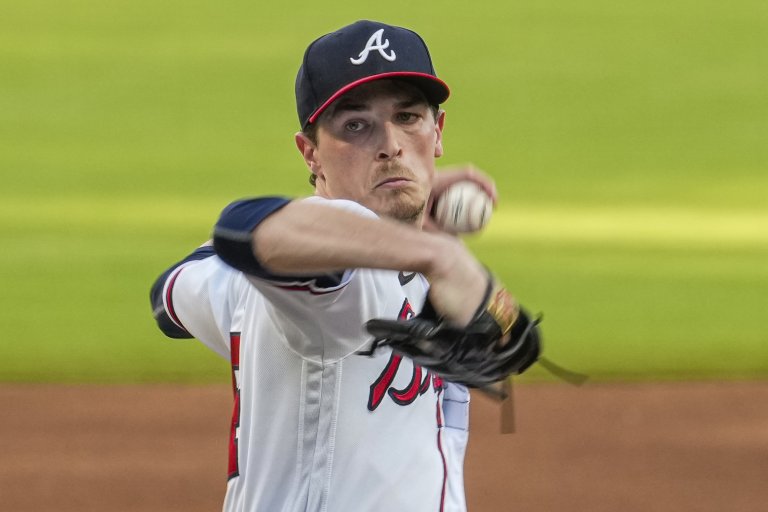 Both teams played extra-inning games Sunday at home. The Mets lost 2-0 to the Miami Marlins in 10 innings and the Braves beat the Washington Nationals 4-3 in 12 innings.

Odds as of July 10th at DraftKings Sportsbook.

The Braves are  -125 favorites and have a 55.36% implied win probability in a game that will be televised by FS1. The Mets have +750 World Series odds while the Braves are listed at +950 in their bid to repeat as champions.

The weather forecast calls for a 30% chance of showers and thunderstorms around the scheduled first pitch with a gametime temperature of 80 degrees, a low of 71 and east wind at 5 mph.

Scherzer made his first start since May 18 last Tuesday after being on the injured list with a strained oblique.

He pitched six scoreless innings against the Reds at Cincinnati but did not receive a decision. He allowed two hits and struck out 11 while walking none.

Mad Max also knows it’s wise to stop and say hello the owner who signed you to a three-year, $130-million contract in free agency.

Max Scherzer and Steve Cohen catch up this afternoon at Citi Field: pic.twitter.com/tIKHosiyRW

Since losing his first two starts of the season, Fried is 9-0 with a 2.15 ERA in his past 15 rotation turns.

Fried pitched six shutout innings to beat the St. Louis Cardinals last Wednesday at home. He scattered five hits while striking out five and walking one before leaving the game with tightness in his left glute. Fried is expected to pitch Monday.

Since the start of the 2020 season, only Corbin Burnes and Sandy Alcantara have posted a better ERA than Max Fried among qualified MLB starters.

Atlanta’s ace has 308 strikeouts to 77 walks over that span. pic.twitter.com/3vZXFcRp1b

The Mets went 0 for 7 with runners in scoring position Sunday as they were shut out by the Marlins.

After the Marlins scored two runs in the top of the 10th inning to break a scoreless tie, the Mets put runners on the corners with two outs in the bottom half. However, Lindor struck out to end the game.

Mets closer Edwin Diaz at least kept it close in the ninth.

The Mets will be without second baseman Jeff McNeil, who will be placed on the paternity list Monday.

Catcher James McCann was put on the injured list before Sunday’s game with a left oblique strain. Right fielder Starling Marte was also out of the lineup with left groin tightness and is doubtful for Monday night.

Austin Riley tied the game for the Braves in their victory over the Nationals on Sunday with a home run in the eighth inning then won it with an RBI single in the 12th. He is batting .489 in his last 10 games.

The teams will be meeting for their second series of the season after splitting four games in May in New York. Marte went 6 for 13 (.462) with a double for the Mets While the Braves’ Matt Olson was just 3 for 13 (.231), he hit two doubles and a home run while drawing four walks.

This battle of Maxs should be a treat. The fiery Scherzer has reason to want to beat the Braves after being injured against them last season during the National League Championship Series while pitching for the Dodgers and missing his last scheduled start. Los Angeles then lost the series, ending its chances of back-to-back World Series titles.