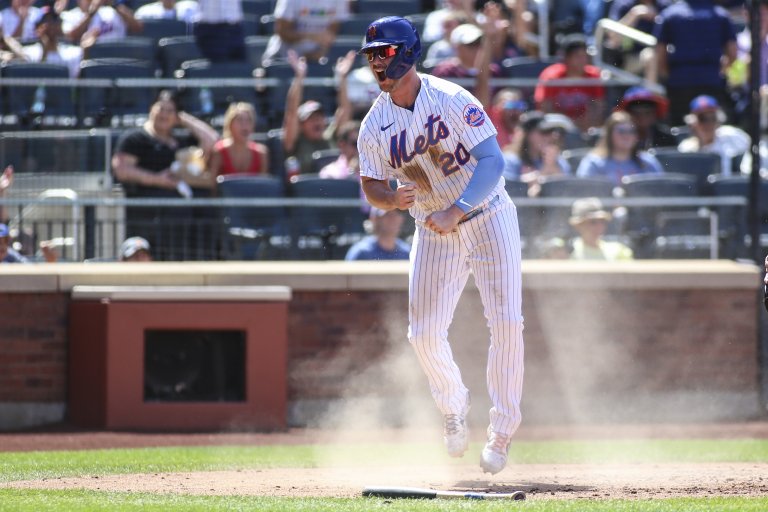 The Mets and Braves continue a four-game set on Tuesday night
New York currently has a 5.5-game lead over Atlanta in the NL East
Find the Mets vs Braves odds, preview, and picks below

The Mets will be hoping Taijuan Walker can give them a quality outing here, while the Braves hand the ball to Charlie Morton, the hard-throwing veteran.

The Braves may be a -145 favorite for this contest, but New York has won five of the last six against their rivals. The Mets are also at -1000 in the NL East Odds.

Walker is having a decent year for the Mets. He’s compiled a 10-3 record in 20 starts, striking out 85 in 110.1 innings and walking 30 while owning a 3.43 ERA. Last time out, the righty went six innings and allowed two earned runs against the Cincinnati Reds as he ultimately earned the win.

However, the start before that saw Walker get absolutely lit up by none other than the Braves. The 30-year-old lasted one inning and surrendered eight earned runs on seven hits and two homers. Atlanta will have fond memories of hitting Walker around, but he’ll be looking to make sure that doesn’t happen again.

His last outing wasn’t pretty, either. Morton gave up five earned across six innings against Boston at Fenway, including three bombs. The 38-year-old settled for a no-decision. He had almost a carbon copy line versus the Mets on July 13th, too.

The Mets are truly playing fantastic baseball at the moment. Heading into Monday’s game, they’re 8-2 in their last 10 games and just took two out of three from the Phillies, shutting them out in back-to-back contests while also scoring seven runs.

Put the ball in play. Made things happen. #LGM pic.twitter.com/cPWKYgxvIN

The offense is clicking on all cylinders with a team average of .259, the fourth-best in the Majors. New York is also scoring 4.8 runs per game, which ranks third. On the mound, Jacob deGrom, Chris Bassitt, and Max Scherzer are leading the charge, while Walker is also solid on some nights.

If you thought the Mets were hot, think again. The defending World Series champs are winners of six in a row ahead of Monday, sweeping the Red Sox and Marlins in the process. They also got some fantastic news on Sunday, with Mike Soroka on the verge of returning. He was arguably their best pitcher before tearing his Achilles in 2020.

With an already strong rotation of Max Fried, Kyle Wright, Morton, and Spencer Strider, adding Soroka to the mix is a scary sight. Atlanta still has Jake Odorizzi as well. This series with New York is absolutely huge for the Braves if another NL East crown is going to be in the cards. They need some wins here.

Morton pitches much better at home as opposed to on the road, but his ERA is above seven in two appearances against the Mets this season. Yes, Walker did not do well vs. Atlanta earlier in the month, but New York at +122 seems too good to pass up.