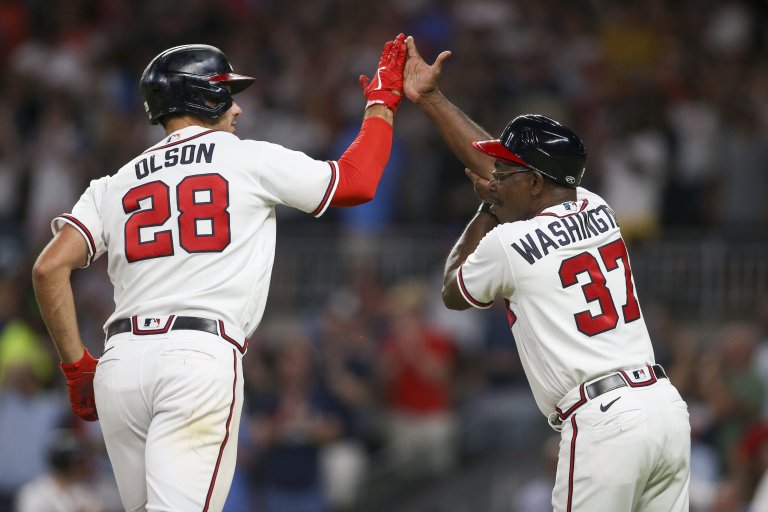 The Braves are -150 home favorites over the Braves on Wednesday
Chris Bassitt (6-6, 3.94) will start for New York against Charlie Morton (5-3, 4.21)
A look at the Mets vs Braves odds can be found below with a pick

The top two teams in the National League East will play the decider of their three-game series when the first-place New York Mets visit the second-place Atlanta Braves at 12:20 p.m. ET Wednesday at Truist Park.

Odds as of July 12th at Caesars Sportsbook.

The Braves are -150 favorites, giving them a 60% expected win probability. The Mets have World Series odds of +750 while the Braves are listed at +900.

While there is a 60% chance of showers and thunderstorms, they are not expected until after 4 p.m., meaning that the game should go on without a delay. The forecast also calls for a high of 87 degrees, cloudy and southwest wind at 5 mph.

Bassitt is 1-2 with a 3.66 ERA in his last three outings and took the loss against the Miami Marlins last Friday in New York despite notching a quality start. He allowed two runs and six hits in six innings with three strikeouts and no walks in his first start since coming off the COVID-19 injured list

He was not happy about the IL stint.

“I was never sick. Never had a symptom.”

This will be Bassitt’s second career start versus the Braves. He faced them May 2 at Citi Field and lost while surrendering three runs in seven innings.

Morton has been pitching well since a rocky start to the season, going 4-0 with a 3.33 ERA in his last 12 rotation turns.

The Braves used the longball to beat the Mets on Tuesday night.

Matt Olson, who has +10000 National League MVP odds, hit a two-run home run in the sixth inning to put the Braves ahead 2-1. Adam Duvall then hit a two-run shot an inning later to give Atlanta some cushion.

Both teams had just five hits.

The Braves plan to activate closer Kenley Jansen from the injured list prior to Wednesday’s game. He has been out since June 27 with an irregular heartbeat.

The teams have split six games this season, but the Braves are 44-29 against the Mets since 2018.

Morton has turned his season around and is again looking like one of the premier pitchers in baseball. Let’s ride with him in this matinee to get the Braves the series victory and keep the heat on the Mets.