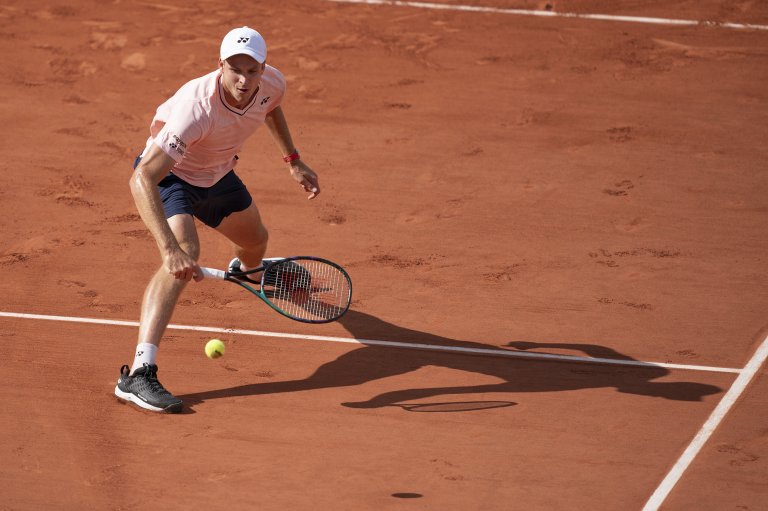 World #1 Daniil Medvedev is the -250 favorite over Hubert Hurkacz in the final of the ATP Halle Open on Sunday, June 19
The two players have split four previous meetings
All of the Medvedev vs Hurkacz Halle Open final odds, picks, predictions and best bets follow in the story below

Hubert Hurkacz and Daniil Medvedev will meet in the final of the Halle Open, an ATP 500 event. However, the two men are arriving at the same destination by taking divergent paths.

World #1 Medvedev has battled his way through the final without dropping a single set in four rounds of tennis. Meanwhile, en route to his final appearance, Hurkacz was twice extended to three sets and has fought through five tiebreakers.

Oddsmakers are projecting that Medvedev will keep rolling right through the final. The Russian player is set as a -250 odds-on favorite over Hurkacz.

Odds as of June 17th at Caesars Sportsbook. Get this Caesars promo code to bet on this weekend’s matches

The match is set to get underway at 9 am ET on Sunday, June 18. Viewing is available on the Tennis Channel.

In the Halle Open betting trends, #1 seed Medvedev was set as the +250 favorite to win in the tournament’s opening betting lines. Hurkacz, the fifth seed, opened at +1000 to be the winner in the Halle Open.

In the Halle Open, Medvedev still hasn’t dropped a set through four rounds, although Oscar Otte gave him a tough go in the first set of their semifinal match. Medvedev needed to stave off a set point in the first set in his 7-6(3), 6-3 semi-final victory over Germany’s Otte, the 51st player in the ATP rankings.

With the victory, Medvedev improved to 7-1 (.875) on the surface this year and 32-15 (.681) during his career. He’s in his second grass-court tournament final in as many weeks. He lost to Tim van Rijthoven last Sunday in the Libema Open, also in Germany.

Medvedev has gone 14-2 on grass since he dropped his opening-round match at Halle a year ago. The Russian player won 75% of his first-service points and 59% of his second-serve points.

Advancing to his first ATP final of the year, World #12 Hurkacz is putting a new spin on that old axiom that the tie goes to the runner. On this tennis court – at least this week – the tiebreakers are going to him.

His service game is also serving Hurkacz well in Germany. He tied a career-high with 27 aces in the win over Kyrgios. Of that total, 13 came during the decisive third set. He was near 80% in winning points on his serve, going 78% on first serves and 79% on second serves.

Medvedev and Hurkacz have met four times previously and each player has won two of the matches. All have been played in the past year.

Earlier this year, Hurkacz beat Medvedev in the quarterfinals at Miami. He also got the better of Medvedev last year on the grass courts of Wimbledon, coming back from 2-1 down to win their quarterfinal match in their only prior match on a grass court.

In between those two matches, Medvedev beat Hurkacz in three sets at the Nitto ATP Final and the Canadian Open.

Both players rely on their powerful service game to take control of matches. Both are winning over 75% of first service points this week. Winning breakpoints could decide this match as much as any other factor.

Against Kyrgios, Hurkacz wasn’t able to break the Australian’s serve at all. He lost all 17 return games. In fact, Hurkacz has lost 29 return games in a row and 35 of his last 36. Medvedev has saved 22 of 23 breakpoints at Halle.

Medvedev is the slightly more aggressive player and that should also make a difference in what figures to a very close, hard-fought match.