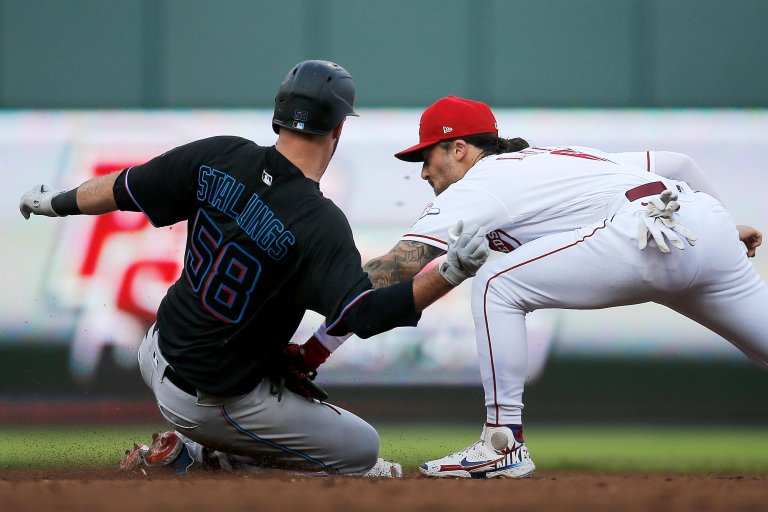 Cincinnati is 8-2 straight up over the past 10 home games. The Reds will be looking to win their third successive home series when they take the field to face the Marlins on Thursday afternoon. Cincinnati holds a 2-1 SU edge so far through the first three games of this set.

Oddsmakers are liking their chances of doing just that. The Reds are set as -140 home favorites. Cincinnati is 7-9 SU as the home chalk this season.

First pitch at Great American Ball Park is set for 12:35 pm ET on Thursday, July 28. The weather forecast is showing partly cloudy skies with 8 mph wind and a temperature of 88 degrees.

At odds of -140, the Reds are offering an implied probability of victory of 58.33% in the MLB betting line. A successful $10 wager on Cincinnati would deliver a payout of $17.10.

Marlins left-hander Daniel Castano is expected to be recalled from Triple-A Jacksonville to get the start on Thursday. He was optioned to Jacksonville on July 15.

Is Daniel Castano the Marlins’ MIP this year besides Jazz? https://t.co/OZJSregACH

Castano has made nine appearances this season, the last six of them as a starting pitcher. He’s 1-2 over his past three starts. Castano has allowed 18 earned runs over the past 24.1 innings for a 6.66 ERA. He’s also served up a home run in each of his past five starts.

In 10 career road appearances, he’s 2-4 with a 4.10 ERA. Castano, who rates in the bottom 3% of MLB pitchers in strikeout percentage (13.2), will be making his first career appearance against the Reds.

Making his 12th MLB start, Reds rookie right-hander Graham Ashcraft appears to be coming back to earth after a stellar launch to his big-league career. He’s 1-3 through his past seven starts after going 3-0 in his first four trips to the bump. In that seven-start span, Ashcraft’s ERA has grown from 1.14 to 4.70.

Ashcraft is among the bottom 4% among MLB hurlers in max EV (115.9) and in the bottom 7% in strikeout percentage (15.1). He’s allowed 24 earned runs over his past 35.2 innings pitched. Ashcraft has served up five home runs in that span. He surrendered one long ball through his first 24.2 innings of work.

In six home starts, Ashcraft is 3-1 with a 3.34 ERA. He’ll be facing the Marlins for the first time as an MLB pitcher.

There isn’t a batter on the Marlins who’s ever faced Ashcraft as an opposing pitcher in an MLB game. Overall, Miami’s Joey Wendle is 14-for-38 (.368) over his past 11 games.

Donovan Solano is the only Reds batter to have faced Castano. He’s 0-for-2. In all competition, Cincinnati’s Jonathan India has gone 13-for-40 (.325) with three homers and eight RBI through his last 11 games.

The Reds are 3-0-2 in their past five home series. Cincinnati has scored five or more runs in four of the past six games.

Miami, meanwhile, is skidding hard. The Marlins are 4-7 SU over the past 11 games and showing a -25 run differential during that span of time. They’re also 22-39 SU all-time at Great American Ball Park.