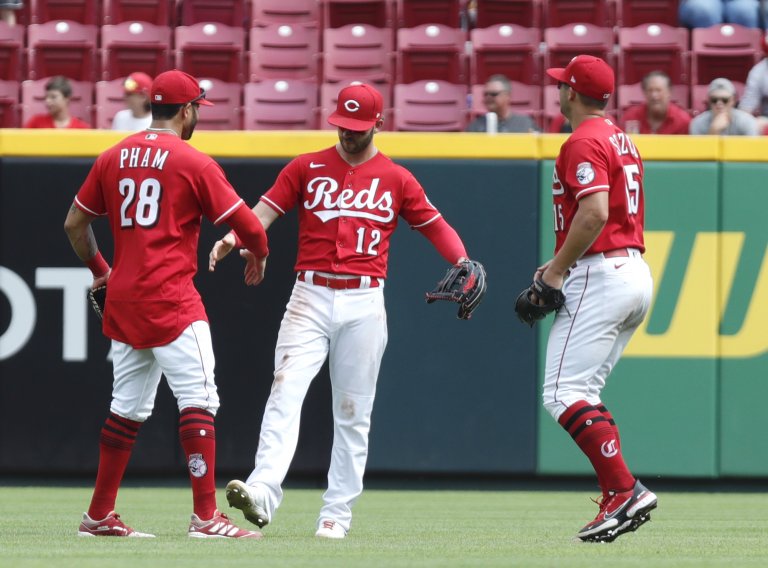 The Cincinnati Reds are -115 home favorites over the Miami Marlins in a National League game scheduled for Monday, July 25
Cincinnati has gone 7-0 straight up in the past seven home games against the Marlins
The Reds are 11-3 SU overall in the last 14 games when facing Miami

The Reds have won seven in a row straight up at home over the Marlins. They are 6-1 against the runline in those games.

Oddsmakers are anticipating that Cincinnati home success to continue. It’s the Reds who are set as -115 favorites as they open a four-game home series against the Marlins. Cincinnati is 6-9 SU as a home favorite this season.

First pitch at Great American Ball Park is set for 6:40pm ET on Monday, July 25. The weather forecast is showing cloudy skies with 7 mph wind and a temperature of 77 degrees.

At odds of -115, the Reds are offering an implied probability of victory of 53.49% in the MLB betting line. A successful $10 wager on Cincinnati would deliver a payout of $18.90.

In MLB betting trends, the public is going against the oddsmakers. There’s 55% of moneyline and runline wagers backing the Marlins. As well, 55% of bets are going with the under on the total.

Everyone vs Trevor Rogers this year pic.twitter.com/hBQBZTsBiR

Rogers has lost his last three starts, allowing nine earned runs over 16 innings in the process. He’s won just twice since May 15. Control has proven to be an issue. Rogers walked nine and hit four batters during his three-start skid.

He’s 2-3 with a 3.95 ERA over nine road starts this season. Rogers will be facing the Reds for the first time in his MLB career.

Reds left-hander Nick Lodolo rates among the bottom 3% of MLB hurlers in wOBA (.400). The rookie will be making his seventh MLB start on Monday.

Lodolo has won two of his past three decisions, both victories coming at home. He’s 2-1 in four home starts and his ERA at Great American Ball Park (4.19) is more than six runs better than on the road (10.29). Opposition hitters are touching Lodolo for a .313 clip.

He was roughed up for five hits and five earned runs over two innings at St Louis in his last start, taking the loss. Lodolo has hit five batters over the past 11.2 innings and seven in 26.1 innings this season. He’ll be facing the Marlins for the first time as a big-league pitcher.

There isn’t a batter on either team who’s ever faced the opposing pitcher in an MLB game.

Cincinnati’s Joey Votto is a career .295 hitter against the Marlins with 12 home runs. Mike Moustakas is a .306 batter against Miami with six homers in just 36 at-bats.

For Miami, Avisail Garcia is batting .289 with eight homers when facing the Reds. Jesus Sanchez has two homers in just 20 at-bats against Cincinnati.

The Reds are suddenly holding a hot hand at home. Cincinnati has gone 6-1 SU over the club’s past seven home games and won the past two series against the Cardinals (2-1) and Rays (3-0).

Lodolo was the 2019 first-round pick of the Reds and shows a significant upside. Then there’s Cincinnati’s seven successive home-field wins over the Marlins.