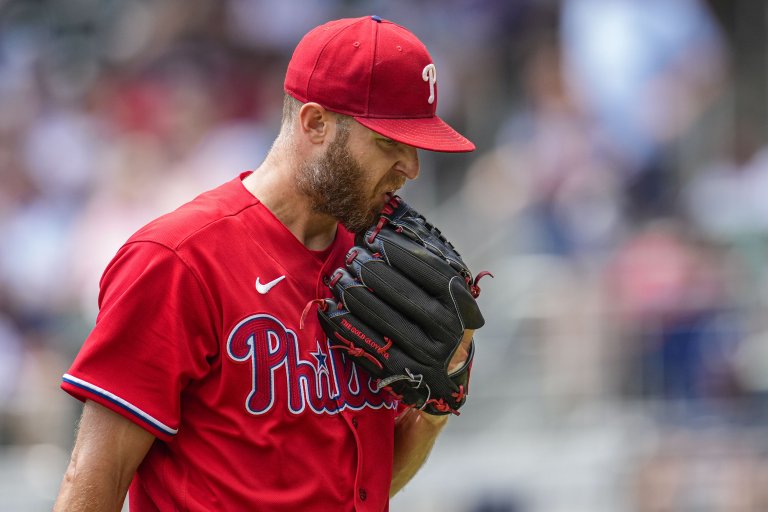 The Phillies are -225 home favorites over the Marlins on Tuesday night.
Rookie lefty Braxton Garrett (2-5, 3.88) will start for Miami against Zack Wheeler (10-5, 2.69)
A look at the Marlins vs Phillies odds can be found below with a pick

The red-hot Philadelphia Phillies will host the Miami Marlins at 7:05 p.m. ET Tuesday in the opener of a three-game series at Citizens Bank Park.

Phillies (60-48, 30-25 home) increased their winning streak to five games Sunday with a 13-1 rout of the visiting Washington Nationals while notching their 10th victory in the last 11 games. The Marlins (49-59, 26-31 road) beat the Cubs 3-0 on Sunday in Chicago for just their second win in nine games.

Odds as of August 8th at DraftKings Sportsbook.

Rookie left-hander Braxton Garrett (2-5, 3.88) is expected to pitch for the Marlins against Zack Wheeler (10-5, 2.69). Garrett will be working on six days of rest and Wheeler, who has +2500 National League Cy Young Award odds, on five.

Garrett has lost his last two starts but had a solid outing against the Cincinnati Reds at home last Tuesday. In 5.2 innings, he allowed three (two earned), two hits and two walks while striking out 11.

Garrett is 1-0 with a 2.89 ERA in two career starts against the Phillies. In his lone game at Citizens Bank Park, Garrett had a no-decision last season when he surrendered three runs (two earned) over 4.1 innings.

Wheeler has gone 4-1 with a 2.27 ERA in his last six starts, including beating the Braves last Wednesday in his native Atlanta. He gave up one run on five hits in seven innings with seven strikeouts and no walks.

Rookie Darick Hall hit two home runs, a pair of solo shots, to lead the Phillies to their blowout win over the Marlins on Sunday.

Nick Maton and Rhys Hoskins each blasted two-run homers. Hoskins went deep in all four games of the series and the Phillies finished with 14, a franchise record for a single series.

Jacob Stallings and rookie Peyton Burdick hit back-to-back home runs to account for all the scoring Sunday in the Marlins’ victory over the Cubs. It was Burdick’s first career homer.

The Marlins shut out the Cubs on two hits.

The Phillies lead the season series 6-4, including winning two of three in Philadelphia.

Garrett is starting to show marked improvement. However, the Phillies are rolling, and Wheeler is extremely tough to beat at home.