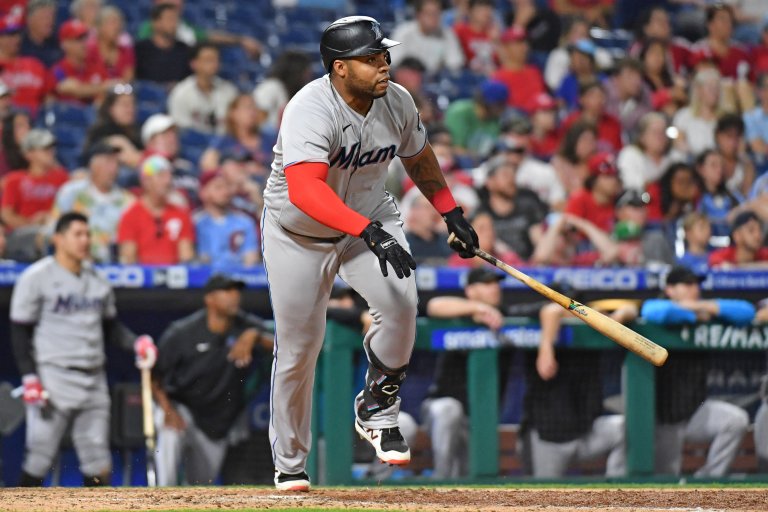 The Phillies are -160 favorites over the Marlins on Wednesday
Lefty Daniel Castano (0-1, 0.00) will start for Miami against Kyle Gibson (4-2, 4.41)
A look at the matchup and odds can be found below for the Marlins vs Phillies

The Miami Marlins and Philadelphia Phillies play the decisive game of their three-game series at 1:05 pm ET Wednesday at Citizens Bank Park.

Odds as of June 15th at BetMGM. Get this BetMGM promo code before betting on MLB

The weather forecast calls for a warm day in Philadelphia with a high temperature of 86 degrees, sunny, and wind from the east at 5 mph.

Left-hander Daniel Castano (0-1, 0.00) will start for the Marlins as a replacement for Pablo Lopez (bruised right wrist), who was originally supposed to pitch. Kyle Gibson (4-2, 4.41) is scheduled to go for the Phillies.

Castano is with the Marlins on their road trip as a member of the taxi squad and will likely be activated to make the start. He made three relief appearances for Miami earlier in the season and allowed one unearned run in four innings.

Castano has made five starts and one relief appearance for Triple-A Jacksonville this year, going 3-0 with a 4.82 ERA. His last start came last Wednesday when he allowed only one run and five hits in seven innings to beat Gwinnett while striking out five and walking three.

Over the previous two seasons, Castano started 10 times for the Marlins and went 0-4 with a 4.43 ERA. He has surrendered only one unearned run in 5.1 innings against the Phillies in three games (one start) during his career.

Gibson beat the Arizona Diamondbacks last Friday in Philadelphia. He gave up three runs and four hits in six innings with four strikeouts and three walks.

In limited action against the Marlins, Gibson has struggled with an 0-2 record and a 10.80 ERA in two starts.

The Marlins’ Jesus Sanchez is 4 for 5 with a triple and a homer off Gibson. However, Jorge Soler is 2 for 15 (.133) with nine strikeouts, though both hits are home runs.

Jesus Aguilar hit the go-ahead double in the Marlins’ three-run ninth inning Tuesday night as they rallied for an 11-9 victory. He finished with four RBIs.

[email protected] starts us off. ? pic.twitter.com/q2VfW0cnkp

Garcia returned to the lineup after missing two games with left-hand inflammation. He went 2 for 5 and added a double.

Rhys Hoskins had two home runs, four hits, and six RBIs for the Phillies. Hoskins’ second homer, a solo shot, broke an 8-8 tie in the eighth, but the Marlins rallied an inning later.

The Marlins are 4-2 against the Phillies this season, including splitting the two games in this series, which is their first visit to Philadelphia in 2022. The Marlins hold a 31-23 series edge since the start of the 2019 season.

While the Phillies are seemingly the play against a pitcher who has yet to win a major league start, don’t discount them being hungover for a quick turnaround after a painful loss.