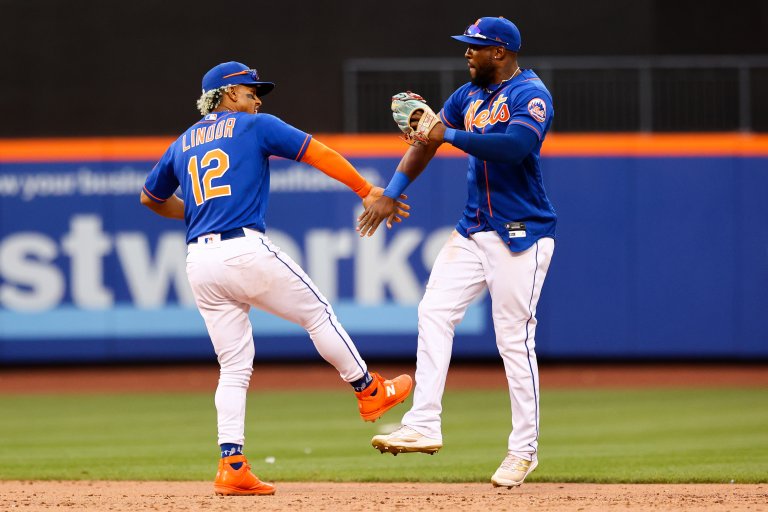 The Miami Marlins and New York Mets face off at Citi Field on Sunday, June 19th
Don Mattingly’s club is trying to remain competitive, while Buck Showalter’s group is on its way to one of the best records in franchise history
Read below for the Marlins vs Mets odds and betting preview

The Miami Marlins (28-35) face the New York Mets (44-23) on Sunday at Citi Field. The third game of a four-game series has a scheduled first pitch of 1:40pm ET. The Fish will send Sandy Alcantara to the mound, while the Amazins counter with Chris Bassitt.

The Mets are the favorite in this one and are heavy -278 favorites to capture the NL East.

Meantime, Miami has +10000 odds to win the division. The Marlins are projected to win 75.5 games, while the Mets are expected to win 90.5 games in the MLB win totals.

Odds as of June 18th at BetMGM

The 26-year-old Alcantara has been a standout for the Fish this season, with the team going 8-5 in his 2022 starts. Ten of his 13 turns have been quality outings and the 6-foot-5 righty has been one of only a handful of MLB pitchers to toss a complete game this season. He’s allowed more than two earned runs only once this year — and that was six weeks ago.

Miami’s ace went 7.1 innings on Monday against the Phillies, allowing six hits, two earned runs and three walks while striking out five in an eventual 3-2 defeat to the Phillies.

Meantime, the Mets own the same 8-5 mark in the 33-year-old Bassitt’s starts.  New York’s arm hasn’t been as dominant Miami’s, turning in seven quality starts this season. But the veteran is coming off his best outing of the year on Tuesday against the Brewers.

Bassitt was masterful, tossing eight shutout innings, scattering three hits and walking one while striking out seven in a 4-0 victory.

Garrett Cooper has been the best hitter for the Marlins this season from a batting average standpoint, owning a .313/.384/.458 slash line. He’s gone 3-for-8 so far in the series against New York with a run driven in and a run scored.

Meantime, Jazz Chisholm has been the team’s best slugging star. The second baseman has 13 homers and 41 RBI. The Mets have managed shut him down so far through two games in Queens, though. Chisholm has gone a combined 0-for-6.

But, the talented player can explode at any time — especially considering the events during Saturday’s 3-2 loss.

Jazz Chisholm has been ejected for the first time in his career pic.twitter.com/Hqk0I0rXkV

As for the Amazins, it’s so far, so good in Year 1 of the Showalter Era. The veteran manager has a history of turning talented rosters into true contenders — and that has certainly been the case for the 2022 Mets.

Pete Alonso is a legitimate NL MVP candidate — posting a .279 batting average with an NL-leading 19 big flies and MLB-best 63 RBI. Meantime, Francisco Lindor has been fantastic as well this season. The veteran shortstop has gone 2-for-7 so far in the series against Miami, blasting his 10th and 11th long balls of the campaign over first two games of this 4-game set.

Francisco Lindor cracks his 2nd home run in as many games. 11th long ball of the year and 51 RBIs on season
pic.twitter.com/HaP8wX9wTA

The Mets currently have +750 odds to win the Fall Classic, while the Marlins are at +15000 in the World Series odds.

It’s impossible to ignore what Alcantara has done this season. Simply put, he’s been one the best pitchers in the game.

But with Miami’s offense being inconsistent — and with Alonso and Lindor each swinging hot bats — I like Bassitt and the home team to continue their winning ways on Sunday.