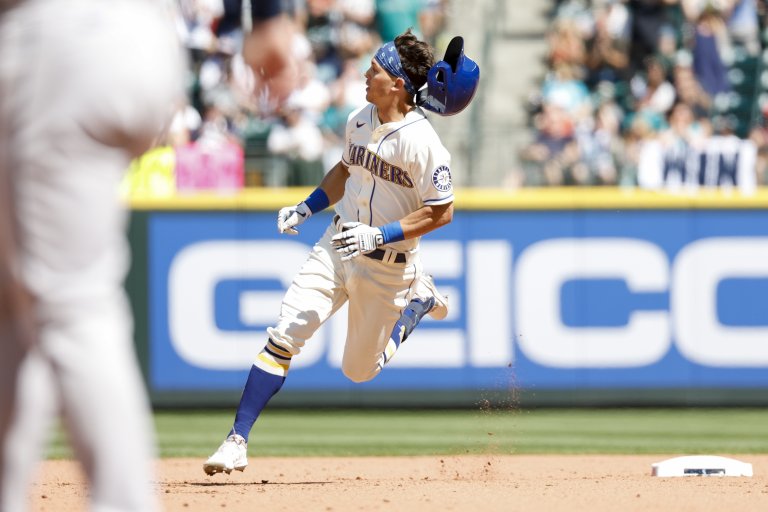 The Yankees are -185 home favorites over the Mariners on Wednesday
Luis Castillo (4-4, 2.86) will start for Seattle against Gerrit Cole (9-3, 3.30)
A look at the Mariners vs Yankees odds can be found below with a pick

The Seattle Mariners visit the New York Yankees in the rubber game of a three-game series at 1:05 p.m. ET Wednesday at Yankee Stadium.

The Mariners (56-49, 29-26 road) won for the just the second time in their last six games when they beat the Yankees 8-6 on Tuesday night. The American League East-leading Yankees (70-35, 41-14 home) had won three of their previous four games

Odds as of August 2nd at BetMGM.

The weather forecast is for sunny, a high temperature of 86 degrees and south wind at 5-8 mph.

Castillo takes the mound for the first time since the Mariners acquired the two-time All-Star from the Cincinnati Reds last Friday in a trade.

Castillo was 2-0 with a 2.54 ERA in his last seven starts for the Reds. He beat the Miami Marlins last Wednesday in Cincinnati, allowing three runs on six hits in seven innings with eight strikeouts and one walk.

Catching you up on Luis Castillo’s month of July ? pic.twitter.com/UZDt0vP50G

This will be Castillo’s third career start against the Yankees, and he has an 0-1 record and 3.00 ERA. Both outings have been at Yankee Stadium.

Cole is just 1-1 with a 4.74 ERA in his last three starts. He is coming off a no-decision against the Kansas City Royals last Friday at home in which he gave up five runs and seven hits over six innings with nine strikeouts and no walks.

Cole has been tough on the Mariners, going 5-1 against them with a 1.86 ERA in nine career starts.

Gerrit Cole is ON tonight pic.twitter.com/6xCus3PQN5

Sam Haggerty a pinch-hit home run leading off the seventh inning Tuesday night to snap a 6-6 tie and lift the Mariners over the Yankees.

Carlos Santana drove in three runs for the Seattle. Eugenio Suarez homered and had two hits and Adam Frazier and Haggerty also had two-hit games.

Mariners first baseman Ty France missed his third straight game with a sore left wrist and is questionable for Wednesday.

The Mariners acquired catcher Curt Casali from the San Francisco Giants and utility player Jake Lamb from the Los Angeles Dodgers in trades Tuesday. It is unclear if they will be in uniform Wednesday.

Jose Trevino, Anthony Rizzo and Josh Donaldson homered for the Yankees. Donaldson’s two-run shot in the sixth tied the score at 6-6.

This is the teams’ first series of the season. The Yankees have gone 29-11 against the Mariners since 2015.

Castillo gets a chance to show why the Mariners outbid so many teams to acquire him from the Reds. Look for him to shine as an underdog in his debut with Seattle.