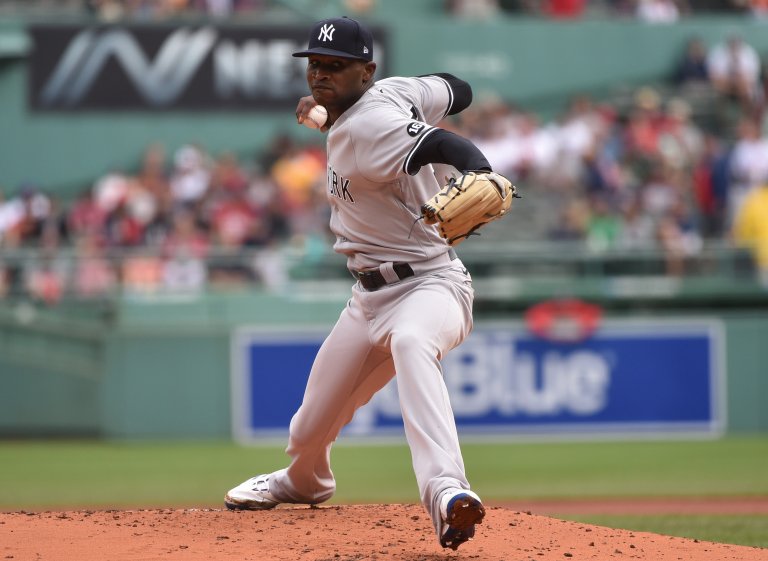 The Yankees are -175 home favorites over the Mariners on Monday night
Lefty Marco Gonzales (0-1, 8.22) will start for Seattle against Domingo German (0-1, 8.22)
A look at the matchup and Mariners vs Yankees odds can be found below with a pick

The American League East-leading New York Yankees host the Seattle Mariners at 7:05 p.m. ET Monday in the opener of a three-game series at Yankee Stadium.

Odds as of July 31st at BetMGM.

The Yankees have a 63.64% implied win probability as -175 favorites. The Yankees are second choice in the World Series odds at +390 behind the Los Angeles Dodgers (+360) while the Mariners are listed at +4000.

The weather forecast calls for a gametime temperature of 75 degrees with a low of 67 to go with mostly clear skies and a 7-mph wind from the west.

Gonzales is 2-1 in his last four starts despite a 4.97 ERA and beat the Texas Rangers last Wednesday in Seattle. In seven innings, Gonzales gave up two runs and four hits while striking out five and walking one.

Gonzales is 0-1 with a 3.32 ERA in three career starts against the Yankees but will be pitching at Yankee Stadium for the first time.

He can be tough on anyone.

Marco was on one tonight. His nine punchouts ties a career-high. #TrueToTheBlue x Marco Gonzales pic.twitter.com/e4e8LNT3u9

German will be making just his third start of 2022. He was on the injured list from the start of the season until July 21 with right shoulder impingement syndrome.

In his last start, German allowed two runs on five hits in 4.2 innings to the Mets on Wednesday at Citi Field in a no-decision. He had seven strikeouts and two walks.

German has made one start and one relief appearance versus the Mariners in his career, going 1-0 with a 3.60 ERA.

This will be his first start of 2022 at Yankee Stadium. Both of his outings have been at night.

The Yankees’ Jose Trevino is 5 for 12 (.417) against Gonzales with four doubles. However, Andrew Benintendi is 0 for 10 and Aaron Judge is hitless in six at-bats.

The Mariners lost to the Astros on Sunday on Yordan Alvarez’s walk-off single in the 10th.

Jesse Winker hit a two-run home run in the eighth for Seattle to tie the score at 2-2 and force extra innings. Adam Frazier had two of the Mariners’ four hits.

Mariners center fielder Julio Rodriguez, a heavy -715 favorite in the AL Rookie of the Year odds, was placed on the injured list with a bruised right wrist prior to the game. Utility player Dylan Moore also went on the IL with back spasms.

First baseman Ty France is questionable for Monday after sitting out with left wrist soreness.

The Yankees lost to the Royals on Sunday when All-Star reliever Clay Holmes gave up a three-run home run to Salvador Perez in the top of the ninth inning with New York leading 6-5.

Anthony Rizzo hit a three-run home run in the seventh inning to put the Yankees on top 6-4, but the bullpen couldn’t hold the lead. DJ LeMahieu added a two-run homer.

Rizzo, LeMahieu and Matt Carpenter had two hits each for New York.

Even though it is the first day of August, the teams will be meeting for the first time this season. The Yankees were 5-2 against the Mariners last season, including 3-1 at home, and are 29-10 in the series since 2015.

German looked better in his second start since his lengthy stay on the injured list. He should be even sharper this time around and pitch the Yankees to victory following Sunday’s tough loss.