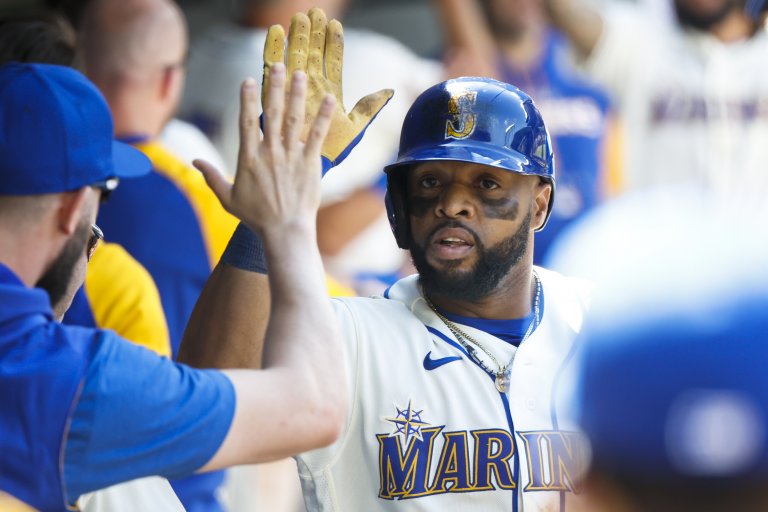 The Washington Nationals are -120 home favorites over the Seattle Mariners in the opener of a twi-night doubleheader on Wednesday, July 13
It’s the first meeting between these two teams since 2017
Below, find the Mariners vs Nationals odds plus picks for the series opener

A torrential rain storm led to the postponement of the game. It will be made up as part of a twi-night doubleheader on Wednesday.

It’s the visiting Mariners, who are in the thick of the American League wild card race. Yet it’s the NL East basement-dwelling Nationals who are being established by oddsmakers as -120 home favorites in the opener of this twinbill.

First pitch at Nationals Park is set for 12:05pm ET on Wednesday, July 13. Clouds with 8 mph wind and a temperature of 88 degrees are the weather forecast.

Washington is a -120 favorite, giving the Nationals an implied probability of victory of 54.55% in the MLB betting line. A successful $10 wager on Washington would deliver a payout of $18.30.

The MLB betting trends are showing that the public is at odds with the oddsmakers. There’s 60% of public wagers on both the moneyline and the runline backing the Mariners. Total bettors are going with the under, also at a 60% pace.

In the MLB Division odds Seattle is showing as the +2800 third betting choice to win the AL West. The MLB pennant odds display the Mariners at +5000. In the World Series odds, Seattle is given a betting line of +7500.

Seattle right-hander Chris Flexen, like the rest of the Mariners, is hotter than blacktop in July. He’s recorded a win in each of his last three starts.

Here’s one @Mariners fun with numbers to kick off the week: Marco Gonzales, Logan Gilbert and Chris Flexen have started 51 games. They’ve allowed 3 ER or less in 45 of them. Throw in Robbie Ray and it’s 58 of 69.

Two of those three wins have come on the road. In his last start on July 4, Flexen twirled 6.2 innings of four-hit shutout ball in an 8-2 win over the Padres at San Diego. Flexen struck out eight against three walks. Overall, though, he’s 2-5 with a 4.07 ERA in nine road starts in 2022.

Consistency has proven to be one of Flexen’s assets. He’s pitched five or more innings in 14 of his 16 starts this season. Flexen is in the bottom 7% of MLB hurlers in Max EV (114.7). He has never previously faced the Nationals.

Nationals right-hander Josiah Gray is the only pitcher on staff, starter or reliever, with a winning record this season. Acquired late last season in the deal that sent Max Scherzer and Trea Turner to the Los Angeles Dodgers, Gray was 2-2 as a rookie in 2021.

Josiah Gray’s best pitch tonight was his slider, inducing whiffs on 8 of 14 swings (57%). The pitch is developing into a serious weapon.

He entered today’s game with an 82.3 mph average exit velo on his slider, lowest in the league. pic.twitter.com/nix1Kn4Bss

Gray is 3-1 in his last four decisions, which have come through his past six trips to the mound. He’s worked at least five innings in each of his past seven starts.

Over 87 innings of work Gray has surrendered 18 home runs. That works out to 1.9 home runs per nine innings. Gray is tied for second in the NL in most home runs allowed.

Nelson Cruz is on the Mets’ “radar” as a potential trade target, per @JonHeyman pic.twitter.com/G6tHWOw6qh

No Mariners batter has ever faced Gray in an MLB game.

Tonight’s game has been postponed ?

Washington has won a paltry 14 home games all season long. That’s the lowest number of any NL club. The 30 overall victories by the Nationals is also an NL low. Gray is 2-5 with a 6.42 ERA at home this season.