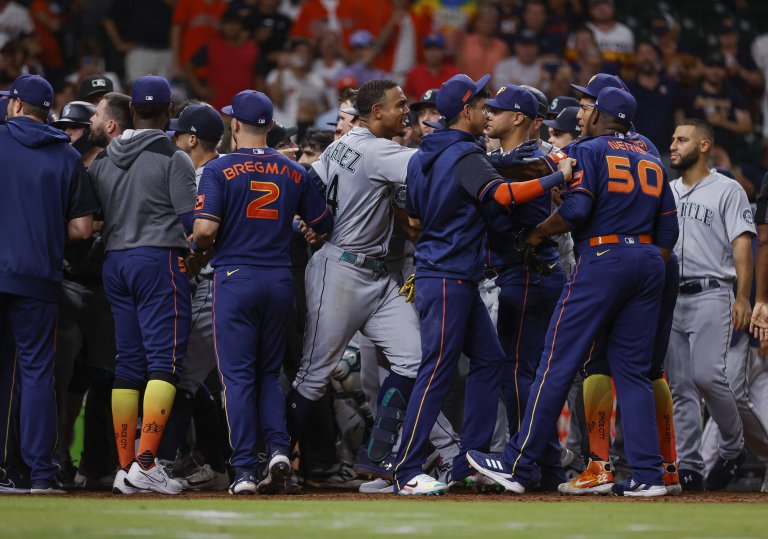 The Houston Astros are -145 home favorites over the Seattle Mariners in an American League game slated for Wednesday, June 8
Entering play Tuesday, Seattle was 5-26 straight up in the last 31 games played at Houston
All of the Mariners vs Astros odds and picks are analyzed in the story below

It’s hardly shocking then that oddsmakers are backing the Astros as -145 home favorites in Wednesday’s game between the two teams. Seattle is a solid 28-27 against the runline this season. As the away underdog, the Mariners are an even better against the spread club at 15-12.

First pitch at Minute Maid Field for this Wednesday, June 8 game is set to be thrown at 6:40 pm ET. Clear skies, 9 mph wind and a scorching temperature of 102 degrees is in the forecast.

In MLB betting trends, both the moneyline and spread splits show public wagering is supporting the Astros at 59%. The public is also backing the over at 59%.

As far as the AL Division odds go, the Astros are overwhelming -350 favorites to retain their AL West crown. Houston is the +340 second betting choice to win the AL in the MLB pennant odds. The World Series odds show the Astros as third pick at odds of +650.

In this showdown of right-handers, both Seattle’s Logan Gilbert and Houston’s Jose Urquidy are bringing 5-2 records to the bump.

Gilbert has won just once since May 2. However, it was a 6-0 home-diamond victory over the Astros on May 28. Gilbert worked seven innings of shutout baseball. He allowed four hits and struck out five.

Urquidy has lost just once since April 18. However, that one setback was handed him by the Mariners. He was the pitcher of record in that 6-0 loss May 28 at Seattle. Urquidy allowed six runs, five earned, over 4.2 innings pitched.

The Mariners also shelled him on April 17. Urquidy took the loss in a 7-2 road setback. He was victimized for six earned runs over four innings of work. Thus, Seattle is responsible for 100% of Urquidy’s losses this season. He’s 0-2 with an 11.42 ERA against the Mariners. They’re batting .435 off of him, with an OPS of 1.145.

“They always score a lot of runs when you pitch. Do you notice that?”

Overall, Urquidy is 1-2 with a 5.83 ERA in six career appearances against Seattle. Five of those were starts.

Yes, Urquidy is 0-2 against the Mariners this season. But that was in Seattle. Home Urquidy is a different pitcher than road Urquidy. His road ERA this season is 6.61. Urquidy’s home ERA is 1.47.