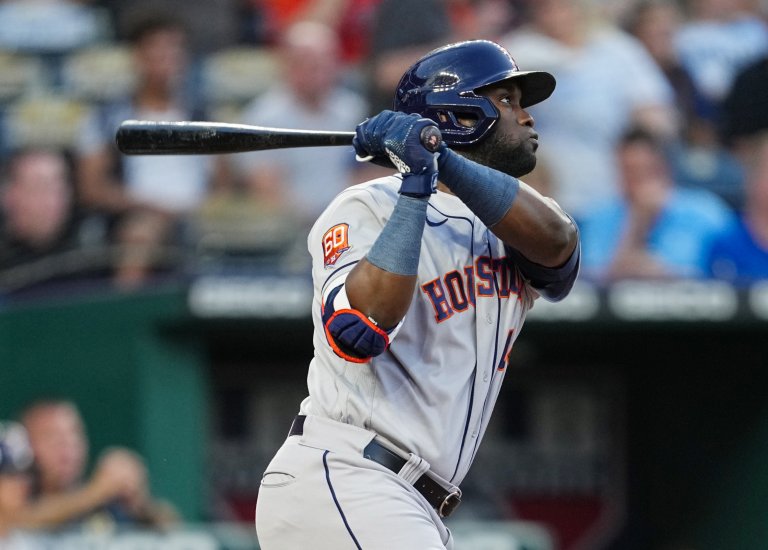 The Mariners and Astros start a three-game set on Monday night
Houston is a -160 favorite for the series opener
The Mariners vs Astros odds, lines, preview, and best bet can be found below

It’s an AL West battle on Monday as the first-place Houston Astros host the Seattle Mariners in the series opener of a three-game set. The first pitch is scheduled for 8:10 PM ET at Minute Maid Park.

Houston is a clear -160 favorite for Monday’s contest and has won four of their last six games against the M’s.

The Mariners picked up Ray in the winter after a magnificent season with the Jays. Unfortunately, he hasn’t been able to replicate that success. The southpaw is just 4-6 with a 4.93 ERA in 11 starts. While he’s managed to strike out 74 hitters in 65.2 innings of work, Ray has also walked 24. Command is a common issue for him and it’s evidently hurt Ray in 2022.

Last time out, the 30-year-old was tagged for four earned runs across five frames against the Baltimore Orioles. In fact, he’s surrendered at least three runs in each of his last four outings. Ray also owns a 5.40 career ERA vs. Houston.

Javier is a massive reason for Houston’s success on the hill. The right-hander is 3-2 with a stellar 2.42 ERA in 10 outings and this will be his seventh start of the year. He’s also sat down 52 hitters via the strikeout. Javier has now given up only two earned runs in his last three appearances.

The Dominican absolutely dominates against the Mariners as well, posting a mere 0.40 ERA in six games. He last pitched vs. Seattle in early May, allowing just two hits and no runs in 5.1 frames.

Seattle is six games under .500 at 24-30, but they’re playing better as of late. The M’s have won three of their last four after taking two of three from the Rangers over the weekend.

Scott Servais’ group secured a comeback victory on Sunday in extra innings, putting up a three-spot in the top of the ninth before Abraham Toro scored on a wild pitch in the 10th inning.  In fact, each of their previous four games were one-run contests.  Seattle has now also won three series in a row.

The Astros aren’t the same offensive beast as past right now, ranking 20th in runs, 24th in hits, and 21st in team average at .232. But, they’re still mashing long balls on a consistent basis, sitting fourth in the big leagues with 67 homers. Yordan Alvarez, who is at +3000 in AL MVP odds, is leading the way for Houston with a .284 average and 15 bombs.

It’s the Astros’ pitching staff that is seriously thriving. Every single starter is either right around three in ERA or under it, with the exception of Jose Urquidy. Their starting rotation boasts an ERA of 3.10, which is third behind only the Dodgers and Yankees. The bullpen? The best ERA in the MLB at 2.64.

Although Seattle did win two out of three against Houston in their last series, Ray is looking awful lately and the Astros hit him well. With Javier on the mound as well, who is historically great versus the Mariners, I have to take Houston here to cover the runline as their brilliant staff limits the damage.