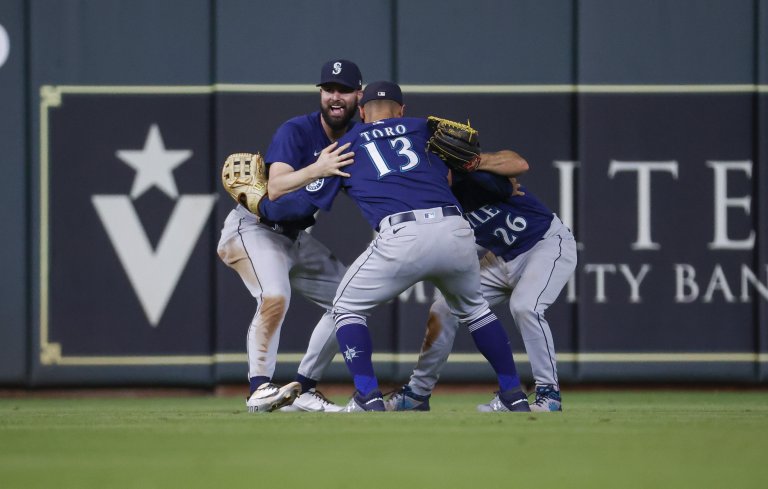 The Astros are -136 home favorites over the Mariners on Sunday
Rookie George Kirby (2-3, 3.50) will start for Seattle against Jake Odorizzi (4-3, 4.25)
A look at the matchups and odds can be found below with a pick

The visiting Seattle Mariners will try to gain a split of a four-game series with the Houston Astros when the teams meet at 2:10 p.m. ET Sunday at Minute Maid Park.

Odds as of July 30th at Barstool Sportsbook.

Kirby returned to the Mariners on Tuesday and pitched five scoreless innings against the Texas Rangers at home in a no-decision. He spent the previous 17 days at Triple-A Tacoma to help manage his innings.

Kirby allowed just two hits. He struck out four and walked one.

Here’s Robbie Ray on this K last night: “A left-handed hitter can’t swing at that pitch because it’s like, ‘That ball is going to hit me.’ And then all of a sudden, it’s on the plate.” pic.twitter.com/ZZVQ6r6RZE

This will be Kirby’s first career appearance against the Astros. He is 2-1 with a 2.67 ERA in five starts on the road this season and has no decisions and a 1.42 ERA in the daytime in three starts.

The Mariners are 8-5 when Kirby starts.

Odorizzi had his four-game winning streak, which covered seven starts, snapped Monday night with a loss to the Athletics at Oakland. He was torched for six runs and seven hits in five innings with two strikeouts and a walk.

He can field his position.

The Mariners’ Ty France is 5 for 14 (.357) against Odorizzi, though all the hits have been singles. Eugenio Suarez is hitless in nine at-bats.

Pinch hitter Abraham Toro hit a two-run single with two outs in the top of the ninth inning to rally the Mariners past the Astros on Saturday night.

Adam Frazier had two hits for the Mariners.

Toro pinch hit for rookie center fielder Julio Rodriguez, who was hit on the back of the hand by a pitch in the eighth inning. Rodriguez was scheduled to undergo X-rays and is questionable for Sunday.

Left fielder Dylan Moore is also questionable after leaving the game with back spasms.

Left-handed reliever Tommy Milone was placed on the injured list before the game with a cervical muscle strain. Lefty Brennan Bernardino was called up from Triple-A Tacoma.

Aledmys gets one back. pic.twitter.com/F0meRraaVO

The Astros have had their way against the Mariners in recent years. However, Kirby has never faced Houston and the talented youngster could prove to be a tough matchup and a good underdog choice.