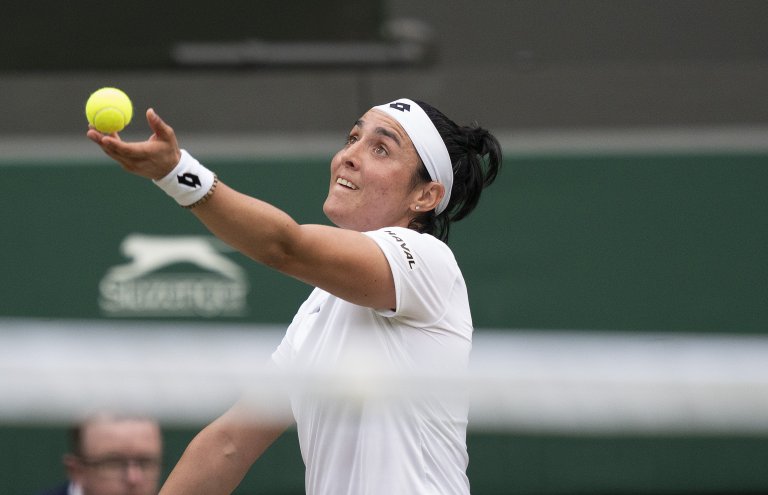 Ons Jabeur is a -350 favorite to defeat Marie Bouzkova in their Wimbledon women’s singles quarterfinal match on Tuesday, July 5
The #3-seeded Jabeur is the top remaining seed left on the women’s side of the tournament
All of the Bouzkova vs Jabeur odds, picks, predictions, and best bets are assessed in the story below

In what’s already been a breakout year for Ons Jabeur, Marie Bouzkova is the next stumbling block in her path toward tennis icon status.

Moving up to #2 in the WTA world rankings this year, Tunisia’s Jabeur is the #3 seed in the women’s singles competition at Wimbledon. With the stunning elimination of top seed and world #1 Iga Swiatek, Jabeur is now the +150 betting favorite in the Wimbledon odds to capture her first Grand Slam singles title.

Oddsmakers are setting Jabeur as an overwhelming -350 favorite to defeat Bouzkova in their quarterfinal match. Jabeur is 34-9 in matches this year.

The Jabeur vs Bouzkova match is set to get underway at 10:30 am ET on Tuesday, July 5. ESPN and ESPN2 are carrying all the action.

The Wimbledon betting trends show that Jabeur was the +850 second betting choice behind Swiatek in the opening Wimbledon odds.  Bouzkova is currently being offered at +1600 to win the Wimbledon women’s singles title.

Elise Mertens, the #24 seed, came the closest of any player thus far to taking a set off of Jabeur at Wimbledon. She was beaten 7-6(11-9), 6-4 in their round of 16 match. Jabeur roared back from 3-6 down to take the first-set tiebreaker. Jabeur saved five set points.

Jabeur is 8-0 in sets at Wimbledon. The Tunisian dropped just 13 games through her first three matches. On grass this season, Jabeur has won 18 of 19 games she’s played and all nine of her matches. She won the title in the Bett1Open in Berlin.

It’s her second straight appearance in the Wimbledon quarterfinals. Jabeur is now the winningest player on the WTA Tour over the past two years. She’s won 82 matches, one more than world #1 Swiatek. Jabeur is the only seeded player left in the bottom half of the draw.

World #66 Bouzkova is through to the quarterfinals of a Grand Slam event for the first time in her career. The 2014 US Open junior champion had been 0-for-13 at getting beyond the second round of Grand Slam tournaments prior to this appearance at Wimbledon.

The last Czech player left in the draw, she easily handled Bad Homburg champion Caroline Garcia 7-5, 6-2 in their round of 16 match. Garcia came into the match riding an eight-match win streak on grass. Bouzkova was down 5-4 in the first set. Then she won nine of the next 11 games to take the match.

Bouzkova has won three matches at Wimbledon over players situated higher than her in the WTA rankings. Since dropping the first set of her opening-round match to Danielle Collins, Bouzkova has won eight successive sets.

First Meeting Between Jabeur And Bouzkova

As Jabeur and Bouzkova meet on court for the first time in their careers, history will be made no matter who ends up as the winner. Jabeur is seeking her first Grand Slam semifinal berth. She’s fallen at the quarterfinal stage at Wimbledon (2021) and the Australian Open (2020).

“I don’t know how I got here”@MarieBouzkova is overcome with emotion after reaching the QF of The Championships#Wimbledon pic.twitter.com/raEx6bNFfz

Bouzkova, meanwhile, has already gone further than she previously ventured in any Grand Slam event.

Bouzkova will push Jabeur. She’s made 31 unforced errors in the tourney. Jabeur committed 34 in her last match.

What it means to win a thrilling first set tie-break ? #Wimbledon pic.twitter.com/5tHIxgdhuV

Overall, though, Jabeur’s game is simply more versatile than what Bouzkova brings to the court. Bouzkova has tremendous athleticism but Jabeur has more methods to get to the finish line first.

As well, her service game has proven impeccable. Jabeur has yet to double fault in the tournament.