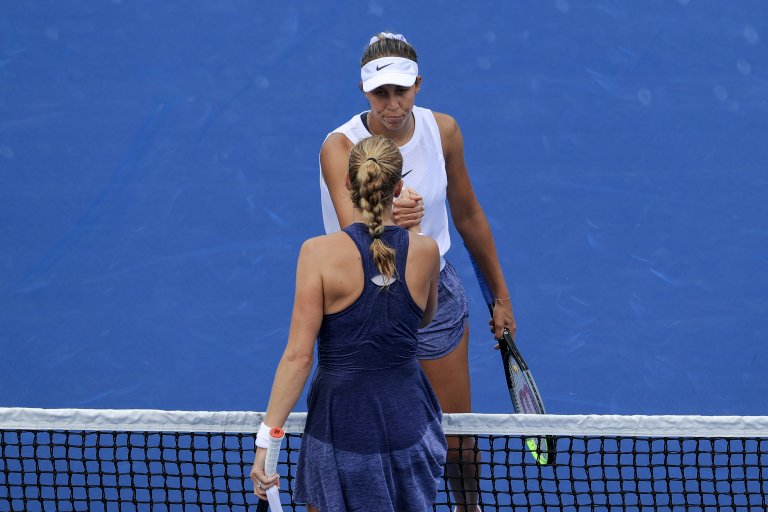 Madison Keys and Petra Kvitova, both unseeded, have reached the Western & Southern Open semifinals
It’s the second Cincy semi for Keys, the 2018 champion, and the third for Kvitova
The odds are basically dead even; we break down the matchup and suggest best bet value

The fast courts and light tennis balls that have been the bane of many of the players in Cincinnati are just fine by Madison Keys and Petra Kvitova.

Both unseeded, the two have reached the Western & Southern Open semifinals, and will face each other for the ninth time in their careers.

Both have made impressive runs through the draw, although Kvitova had to save match points in her opening match against Jil Teichmann before getting on that roll.

As good as Wimbledon champion Elena Rybakina had looked in her earlier rounds, she was but a shadow of her earlier self when she matched up with Keys Thursday in the quarterfinals.

That huge first serve hit the mark just 41.5% of the time.

And Rybakina won less than a third of her second-serve points.

Keys created 13 break-point opportunities, and converted five of them. It was a shocking mismatch.

The American also was on fire, perhaps partly due to the lack of pushback she was getting.

A Long, Even Head-to-Head

Their first-ever meeting took place in Tokyo in 2013, when Keys was just 18.

They’ve gone back and forth over the years with half their matches going the distance, and all but that first one pretty competitive. Only one took place on clay, and Keys won it.

And they have, most often, worn the same outfit (although that won’t happen Saturday).

“I wish every tournament could be here” ?

The two met in Cincinnati exactly a year ago, but in the first round.

Kvitova was ranked No. 11 and seeded the same; Keys was at No. 42 back then. It was part of a mediocre 1-5 swing through the North American hard courts in the summer and fall for the American.

Kvitova’s quarterfinal win over qualifier Ajla Tomljanovic went more according to form, with the Aussie already putting five matches behind her this week and sort of at the end of her capacity.

The Czech knows that serve will be a big part of her showdown with Keys.

And she knows who she (thinks) has more weapons with that stroke.

Kvitova on Keys: “She has a lot of variety of the serve. She can go for ace, she can have a kick, she has beautiful technique of the serve. Definitely she has more kind of this stuff. Not like me, I don’t have nothing, I’m just boom-boom (smiling).

“So we will see (smiling).” pic.twitter.com/2nbUG4FDsc

If both these players, who by the nature of their game styles can be streaky, are on, the firepower on the stadium court Friday should be deafening.

It will be a matter of who is defending best — when they have no choice but to do that — who is returning better and who is hitting the lines more often.

It is an extremely difficult match to call a winner on, as evidenced by the nearly-even odds.

And even if it feels as though it should go the distance, as half their previous eight tussles have, it is more likely to be one-sided as one of the two has an outstanding day and the other can’t keep up. And starts to make errors.

That’s why we think it won’t go three sets. That might be counterintuitive, but it feels more likely than both having a great day, on the same day.