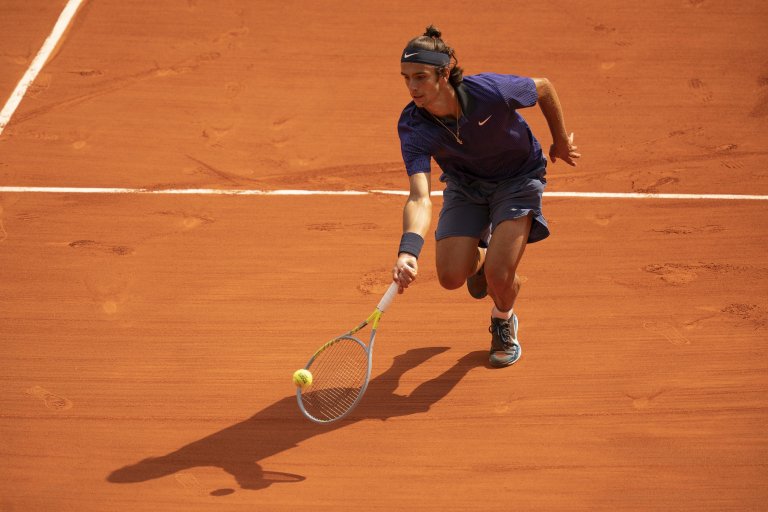 Unseeded players Lorenzo Musetti and Francisco Cerundolo will feature in one Hamburg semifinal
Cerundolo is on a win streak after earning his first career title last week in Bastad, Sweden
The odds on this clash are close to even; read on for analysis

It seems that Francisco Cerundolo has an inexhaustible supply of energy, as he’s now on an eight-match winning streak and survived a third-set tiebreak against Aslan Karatsev in the Hamburg Open quarterfinals Thursday.

Odds as of July 22 at Caesars Sportsbook

The early odds for this Musetti vs Cerundolo clash varied from book to book, with some having them dead even and others making Cerundolo a slight favorite.

Some of that might have to do with the fact that Musetti had a far easier time of it in the quarterfinals than the overworked Cerundolo did.

Cerundolo Ekes Out Win vs Karatsev

After playing and winning five matches last week to win his first career ATP Tour title in Bastad, Sweden, Cerundolo has continued his roll in the higher-level 500 tournament in Hamburg.

After posting a comeback three-set win in the first round against German Daniel Altmaier, Cerundolo had a surprisingly easy win over No. 2 seed Andrey Rublev in the second round.

Then came Aslan Karatsev in the quarterfinals. We had Karatsev winning in three sets, and it came just a few points of coming in.

And the biggest reason it didn’t go to Karatsev was Cerundolo’s timely execution on break points; he made good on 5-of-6. It was two hours, 25 minutes of absolute grinding.

And it’s going to be a big push for him to find yet another reserve of energy to take care of Musetti, in their first career meeting.

Coming onto the scene right behind the meteoric rise of fellow 20-year-old Italian Jannik Sinner, much has been expected of Musetti in his young career.

Part of that is the continuing fascination with players who have a flashy one-handed topspin backhand, which Musetti certainly has. But he has more technical issues on the forehand than many of the rising stars, which helps explain why his results have been somewhat inconsistent and why he had yet to crack the top 50.

(He will do that on the strength of his effort this week).

But he has looked very, very good this week even if neither of his first three opponents was a seeded player.

That streak will continue against the unseeded Cerundolo. So, for a 500-level tournament, it’s an extremely friendly road.

Davidovich Fokina appeared to be on his way to a major run this week in Hamburg.

But against Musetti, he was by far the more inconsistent player. And it cost him.

The Italian had a brilliant serving day: his first-serve percentage checked in at 74 percent. And he won 11-of-14 points when he had to hit a second serve. Not only that, he was successful on 5-of-7 break point opportunities.

A great result here for Lorenzo Musetti to reach his 1st semifinal of 2022 knocking off ADF 6-4 6-3. The solid, more steadier player. ADF missed way too many forehands.

Next up: Francisco Cerundolo, who is really going to bring much more consistent baseline firepower.

As with Cerundolo against Karatsev, that conversion rate was a big difference-maker.

But on Saturday, one of those two success rates is going to have to give.

This is the fourth time Musetti has reached an ATP semifinal. But he has yet to win one.

Cerundolo, basically unheralded at the same age, is riding the wave of his title last week.

His forehand has become a world-class weapon. And with Musetti’s movement not being his best weapon, the Italian is going to have to cheat over to try to anticipate the cross-court shots on that wing.

As well, he’s doing to have to try to figure out a way to make up for the fact that his own forehand is the second-best in this battle.

It could prove a challenging task.