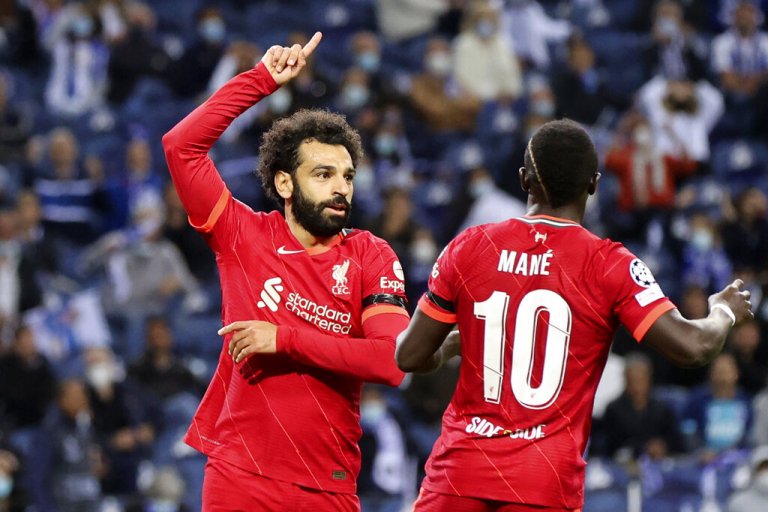 Liverpool welcomes Crystal Palace to Anfield on Monday, August 15th
Both sides are looking for their first victories of the Premier League campaign
The Liverpool vs Crystal Palace odds, preview, and betting prediction can be found below

After numerous thrilling clashes over the weekend, Premier League matchday 2 wraps up on Monday as Liverpool locks horns with Crystal Palace at Anfield. The kick-off is scheduled for 3 PM ET. Keep reading for the Liverpool vs Crystal Palace odds.

The Reds played to a disappointing 2-2 draw in their opener with newly-promoted Fulham at Craven Cottage and lost one of their best midfielders, Thiago, to injury in the process. As for the Eagles, they were beaten 2-0 by an improved Arsenal side.

Odds as of August 14th at Caesars Sportsbook.

Liverpool is a massive -470 favorite for Monday’s encounter and for good reason. They’ve won 10 matches in a row against Palace, bagging 30 goals during that span. Needless to say, the Merseysiders have run riot on the Eagles in recent years.

Over 2.5 goals is at -170 odds, which screams value. Six of the last seven meetings between the two clubs have comfortably hit the over.

Jurgen Klopp’s men did not get off to an ideal start last weekend, taking away a lone point against Fulham. To be frank, Liverpool was fortunate to not taste defeat, getting outplayed by their oppositions as Aleksandar Mitrovic netted a brace for the hosts and essentially ran circles around the Reds backline.

Thankfully, summer signing Darwin Nunez and Mo salah saved their side with two key goals. Salah scored a late equalizer to steer clear of defeat. The Merseysiders suffered a crushing blow in the middle of the park however as Thiago went down with a hamstring injury. He’ll be out for six weeks at the minimum.

On a more positive note, Klopp’s group is currently enjoying the longest unbeaten run in the top flight at 20 games and even sits just behind Man City in the early Premier League odds.

After a 12th-place finish last term, Patrick Viera’s squad failed to impress on matchday 1 versus Arsenal. Surprisingly, Palace actually enjoyed 56% of the ball but their opportunities in the final third were few and far between, registering two shots on target. That was the same case for the Gunners though, who scored their second via an own goal from Marc Guehi.

Liverpool is simply an opponent that the Eagles hate to face because it always results in disappointment. In their last five matches with the Reds, Palace has scored just once and that was in their most recent meeting in 2021-22, losing 3-1. Hopefully, the likes of Wilfried Zaha and Eberechi Eze can create some havoc at Anfield amongst a Merseysiders’ defense that looked shaky last time out.

Returning home to Anfield should give Liverpool the boost they need and despite the flurry of injuries, Klopp still has a very strong starting XI to deploy. Palace simply doesn’t possess the quality to trouble the hosts here and their record against the Eagles proves just that.

The moneyline offers practically no value. This is why it’s worth looking at the Reds to win nil. They’ve kept a clean sheet in four of the past five clashes with Viera’s men. Also, put some money on the over.