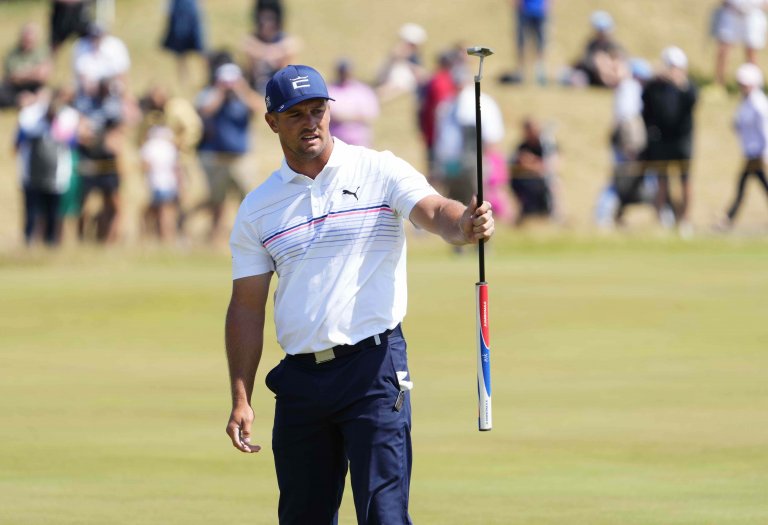 The third stop on the LIV Golf Tour’s schedule tees off this week in New Jersey, and for the second consecutive event the field is considerably stronger than the previous tournament.

Longtime PGA Tour staples Charles Howell III and Jason Kokrak will make their LIV debuts this week, as will multiple-time European Ryder Cup teammates Paul Casey and Henrik Stenson. The ladder was actually scheduled to be the captain of the 2023 European Ryder Cup team, however that duty was forfeited once Stenson signed on with LIV.

Odds as of July 24th at DraftKings Sportsbook.

A course of that length will prioritize driving distance, which sets up perfectly for Bryson DeChambeau. The 2020 U.S. Open champ has flashed strong form since joining the LIV Tour, including an excellent showing at the British Open earlier this month.

Buy Bryson at the Top

DeChambeau carded a final-round 66 to vault himself into a tie for eighth at St. Andrews. The round was highlighted by a stunning 5-under-par back nine, which placed him one shot behind this week’s favorite, Dustin Johnson.

At +1400, we are getting a much better number on Bryson this week than DJ, and both profile very similarly. Each is elite off the tee, with DeChambeau holding the edge in distance, while Johnson is slightly more accurate. Neither is considered an elite approach player, and grade out roughly the same in scoring over the past 50 rounds thanks to above average putters.

It wasn’t too long ago that Bryson was a top-five player in the world and after battling numerous injuries he’s now finally healthy. The British Open performance might have just been the beginning, and given his pedigree he should be priced right behind DJ instead of longer than some lesser talents like Talor Gooch and Abraham Ancer.

DeChambeau has 10 worldwide wins under his belt, and his maiden LIV Golf victory is on definitely on the horizon.

Paul Casey (+2000): Another player that has battled his way back from injury, Casey looked healthy at the British Open in his first full tournament since The Players Championship. One of the world’s premier ball strikers, Casey led the PGA Tour in strokes gained approach over the past 50 rounds prior to his departure. Putting is always his biggest issue but he should benefit from the Bentgrass greens at Bedminster. Casey is actually a positive putter on Bentgrass greens over the past 12 months, and if he’s positive with the flat stick this week he’s bound to contend.
Matthew Wolff (+3500): Finished eighth in his LIV Golf debut in Portland, leading the field in driving distance and ranking seventh in greens in regulation. He’s battled hard to overcome his mental health issues, and let’s not forget how promising of a golf prospect he was. He was a prolific winner in college, won his third career start on the PGA Tour, and finished in the top five in each of his first two Major appearances. When right he’s one of the game’s premier scorers and is definitely worth a flier at +3500 in a 48-man field.