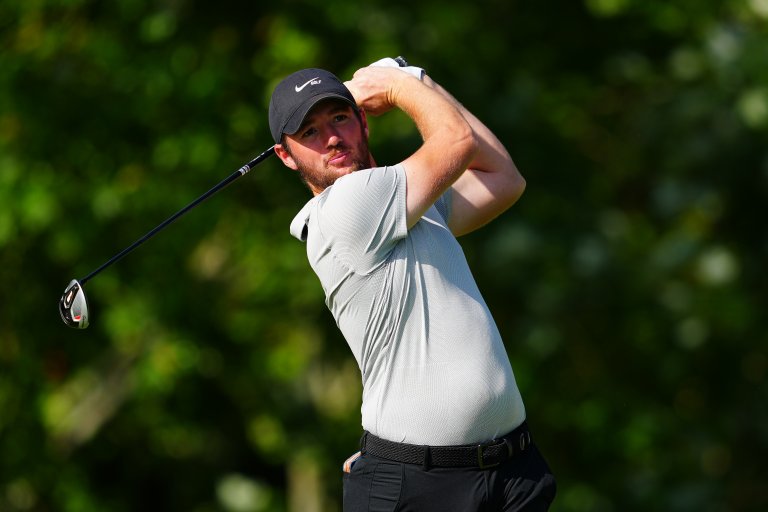 The LIV Tour’s debut event on American soil at Pumpkin Ridge Golf Club tees off Thursday (June 30th)
Sam Horsfield finished fifth in the LIV Golf London event, and is a strong value in the outright market
See the LIV Golf Portland odds, analysis, plus best bets to win the event below

LIV Golf makes its American debut on Thursday, and has an excellent chance to upstage the rival PGA Tour for at least one week. That’s because while there is a major shortage of elite talent at the John Deere Classic in Illinois, the LIV Golf Invitational Portland field is loaded with superstars.

Eight of the top-40 players in the world have bolted for LIV, and will all be teeing it up on Thursday at Pumpkin Ridge Golf Club in Portland. The list is headlined by Dustin Johnson, and this week will mark the inaugural starts for Brooks Koepka, Bryson DeChambeau, Patrick Reed, and Abraham Ancer among others.

Odds as of June 27th at DraftKings Sportsbook.

A whopping $4 Million is on the line for first place, but quite frankly that pales in comparison to the eight figure deals the top stars received just for joining LIV. With $100+ Million already in the bank for some of these guys, no one would be surprised if there was a lack of motivation on their part, similar to the first tournament in London.

One player whose financials we don’t know is Englishmen Sam Horsfield’s, but it’s suffice to say it wasn’t on the same level as DJ, Phil, Brooks and company. The 25-year-old has a ton of game and represents one of the best values this week in the outright market.

Sam Horsfield makes it a hat-trick of DP World Tour titles! The 25-year-old shoots a final round 68 to win the Soudal Open👏 pic.twitter.com/fZZsDkPiuz

The three-time winner on the DP World Tour finished fifth in LIV’s inaugural event, and posted results of first, 21st, fourth and 12th in his final four starts in Europe.

He also averages over 300 yards off-the-tee and length will be a necessity at Pumpkin Ridge GC this week. The set-up is expected to play roughly 7,600 yards as a Par-72, meaning driving distance and long iron play will be at a premium.

Hennie du Plessis (+3500): We were on du Plessis in the first LIV tournament and he rewarded us with a second place result. There’s no reason to move off him especially considering his price hasn’t changed. du Plessis led the London event in greens in regulation and bogey avoidance, while finishing eighth in birdies. Also pay attention to him in the First Round Leader market as he ranked second on the DP World Tour in scoring, and owns the circuit’s lowest round of the season (62).
Justin Harding (+3500): A cold putter prevented Harding from threatening the front page of the London leaderboard, but the ball striking numbers were solid. He finished sixth in greens in regulation for the week and 13th in driving accuracy, and he’s been in fine form all season on the DP World Tour. Prior to joining LIV, he posted a 16th and fifth place finish in his final two European starts, after racking up a pair of top-nine results earlier in the season.
Hudson Swafford (+6500): The form hasn’t been terrific lately but this is an outrageous price for someone who’s won on the PGA Tour already this season. Swafford is a terrific iron player, having gained at least 1.5 strokes on approach in nine of his last 15 PGA Tour events. If the putter cooperates he has winning upside like he’s flashed twice at the American Express in the past and also in Punta Cana.