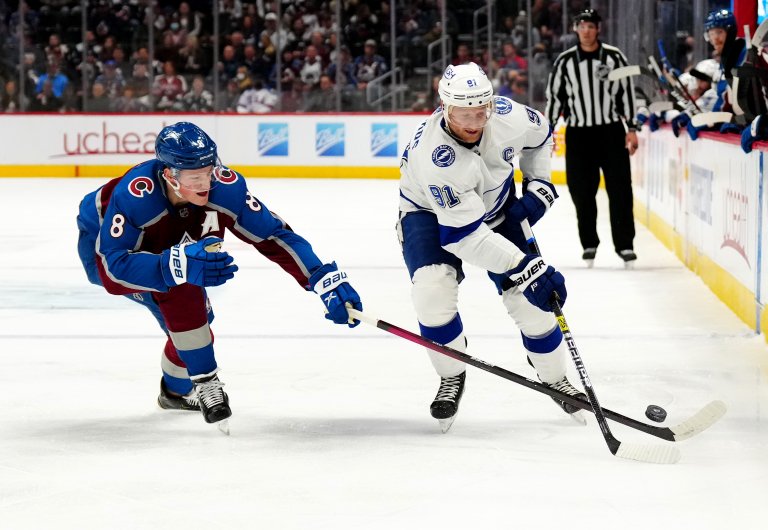 The Colorado Avalanche are -190 favorites to win the Stanley Cup final over the Tampa Bay Lightning
Two-time defending Cup champs Tampa Bay have won 11 playoff series in a row
All of the Avalanche vs Lightning series odds, picks, predictions and best bets are assessed in the following story

The Tampa Bay Lightning are the two-time defending Stanley Cup champions but it’s the Colorado Avalanche who are the pick to win the 2021-22 Stanley Cup final.

Colorado is opening as the -190 favorites in the Stanley Cup final odds. The Avs have been favored to win since the opening Stanley Cup odds were first posted in July of 2021.

Game 1 of the best-of-seven Stanley Cup final series is set for 8 pm ET on Wednesday, June 15 at Ball Arena. ABC is carrying the broadcast, while CBC will provide the action to Canadian viewers.

Tampa Bay is the first club to reach three Stanley Cup finals in successions since the Edmonton Oilers (1983-85). No NHL team has won three in a row since the New York Islanders won four straight Cups from 1980-83. The Lightning have won 11 playoff series in succession.

Colorado has never trailed in any series this spring. Tampa Bay was facing elimination down 3-2 to Toronto in the first round and were trailing 2-0 to the New York Rangers before rattling off four straight victories. The Lightning are 7-1 at home in the postseason, with seven straight victories. Colorado is 7-0 on the road in the playoffs.

The Avalanche won both regular-season meetings. Each game was decided by one goal. Tampa Bay forward Corey Perry (Dallas 2020, Montreal 2021) is the second player in NHL history to play with three different teams in three successive Stanley Cup finals.

Key Injuries a Factor for Both Teams

Jon Cooper says Brayden Point is “extremely probable” to play in the final, although he’s not sure about Game 1

Tampa Bay has been without top goal scorer Brayden Point (lower-body injury) since the opening playoff round. However, he’s resumed skating and came close to playing in Game 6 against the Rangers.

This series has all the makings of a compelling set that could go the distance. Both sides are loaded with all the qualities necessary to win a Stanley Cup.

Colorado might not have the same amount of hardware in the club’s trophy case but in Nathan MacKinnon, Gabriel Landskog and Mikko Rantanen, the Avs are also loaded with talent. They also have a slight edge in depth and that could be the difference-maker in a long series.