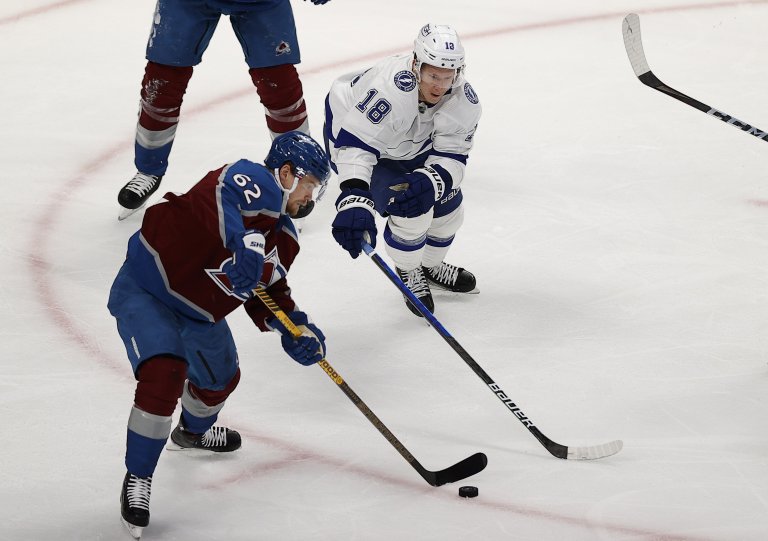 The 2022 NHL Stanley Cup Final continues with Game 2 between the Colorado Avalanche and Tampa Bay Lightning on Saturday, June 18th. The puck drops at 8:00 pm EST at Ball Arena in Denver.

Oddsmakers have released a wide range of NHL player props for Game 2 of Lightning vs Avalanche. Bettors can wager on player goals, shots on goal, points, and more.

The table below shows the NHL player props for Game 2. Under the table, find my two best bets for Lightning vs Avalanche.

Odds as of June 17th at FanDuel Sportsbook

Ondrej Palat continues to be one of the best stories for the Lightning in the 2022 NHL Playoffs. The Czech forward scored again in Game 1 of the Final to give him nine goals in 18 postseason contests. He’s available at +245 to get on the board in Game 2 on Saturday.

Palat’s elite goalscoring is one of the reasons the Lightning haven’t drastically faded in the 2022 Stanley Cup odds despite being down 1-0 in the series. Oddsmakers know that the Lightning have an incredible 19-1 record in their last 20 games following a playoff loss.

Palat was the beneficiary of a beautiful Nikita Kucherov set up in Game 1, which is part of why his Game 2 player prop is appealing. Tampa’s top line finished with seven shots on goal in Game 1, and Palat was credited with a game-high four individual high-danger chances.

Palat got his opportunities in Game 1 and is one of the NHL’s hottest players with six goals in his past eight games. Considering how good Tampa Bay is at bouncing back, their leading goalscorer is a solid bet in the NHL odds to light the lamp in Game 2.

Colorado forward Arturri Lehkonen is a good bet to get on the scoresheet in Game 2 of Lightning vs Avalanche. Lehkonen scored a goal in Game 1 of the Cup Final and has recorded at least one point in four of his past five games.

Tampa Bay is matching up Victor Hedman against Colorado’s top two lines, which gives Lehkonen a more favorable matchup on the third line. Lehkonen is skating with Darren Helm and Logan O’Connor at even strength, while also playing on Colorado’s second power-play unit.

Welcome to the industry.

Lehkonen has previously played in the top-six throughout the postseason, which is part of why his Stanley Cup player prop odds aren’t heavily juiced. The Finnish forward still skated 17:20 in Game 1, however, and offers solid value due to his role on the Avs’ dynamic power play.

The Game 2 Lightning vs Avalanche odds favor Colorado at home on the moneyline. When the Avs win, Lehkonen is usually a factor. In 13 postseason wins for Colorado this spring, Lehkonen has seven goals and 11 points. Take the over on his points player prop for Game 2.