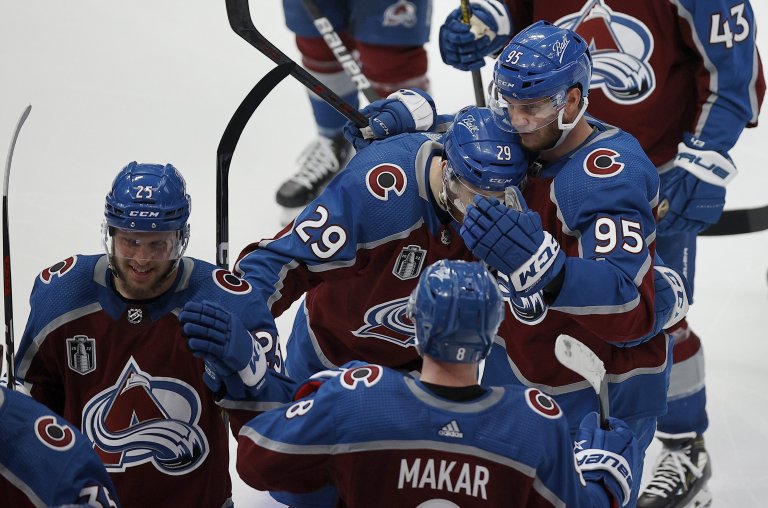 The Colorado Avalanche are -150 home favorites to defeat the Tampa Bay Lightning in Game 2 of the Stanley Cup final on Saturday, June 18
Tampa Bay is trailing 1-0 for the third time in four playoff series this spring
Below, see the Lightning vs Avalanche Game 2 odds and picks

Down 1-0 in the Stanley Cup final to the Colorado Avalanche, this is familiar territory for the Tampa Bay Lightning.

They’ve been down 1-0 in three of four playoff series this spring. It’s also the third time in five Stanley Cup final appearances that the Bolts dropped the opening game of the set.

Tampa Bay has only trailed 2-0 in a series once this spring but oddsmakers are suspecting that it’s about to happen again. It’s the Avs who’ve been established as the -150 home favorites to win Game 2. The Lightning are 16-3 against the puckline as an underdog this season.

The puck is slated to drop for Game 2 at 8:00 pm ET at Ball Arena on Wednesday, June 15. The broadcast is being provided by ABC in the US and by CBC in Canada. Colorado is the -235 favorite in the Stanley Cup odds.

Colorado has won six games in a row, matching a franchise playoff record. Both the Avalanche and Lightning are 2-1 straight up and 1-2 against the puckline in Game 2 of playoff series this spring.

What a pass from Nikita Kucherov to Ondrej Palat to make this a one goal game. pic.twitter.com/6Z5qPvI6lu

Tampa Bay’s Ondrej Palat has collected 6-6-12 totals over the past 11 games. With Tampa Bay’s Victor Hedman facing Colorado’s Cale Makar, it marks the first time since 2001 (Colorado’s Ray Bourque, New Jersey’s Scott Stevens) that two finalists in the Norris Trophy odds are facing each other in the final.

Lightning forward Brayden Point played Game 1 of the final series. He’d been out since Game 7 of the opening round with a lower-body injury. Defenseman Brent Seabrook (shoulder) is out.

Brayden Point didn’t talk postgame, he was getting treatment, per @TBLightning. Cooper thought he wasn’t the Point pre-injury but he hasn’t played in a month, so there were a lot of good signs. “He was great.”

Expect Vasilevskiy to Bounce Back

The Avalanche would be unwise to expect Game 1 Andrei Vasilevskiy for the remainder of the series. They beat him four times in the series opener.

Through four rounds of playoffs, the Tampa Bay netminder is 1-3 with a 3.98 goals-against average and .884 save percentage. In the rest of the postseason, Vasilevskiy is 11-3 with a 1.90 GAA and .939 save percentage.

#Avs Darcy Kuemper on Vasilevskiy: “He’s the best goalie in the world. I can’t worry about trying to outplay him I just need to go out and play my game.” pic.twitter.com/f9fnmx8e0c

Even though Francouz was unbeaten filling in for the injured Kuemper, Bednar went back to his #1 goalie for the final series opener and it paid off.

Three of the past four Stanley Cup champions have rallied to win the championship after losing the opener in the Final, including the Lightning in 2020. That was one of 12 times Tampa Bay has overcome a 1-0 series deficit to win a best-of-seven and the second time they did so in the final (also in 2004 against Calgary). The Lightning’s .600 series winning percentage when facing a 1-0 deficit in a best-of-seven set is the highest in NHL history.

Look for Tampa Bay to square the series with a Game 2 victory.