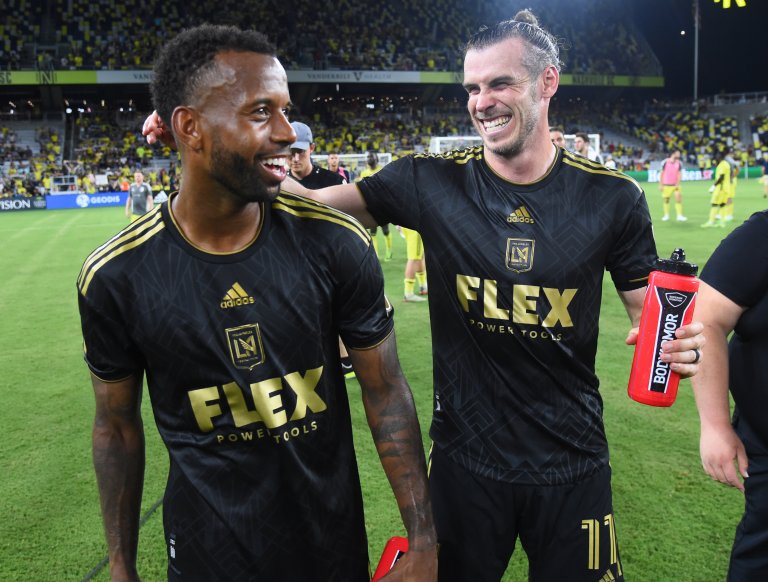 LAFC and the Seattle Sounders lock horns on Friday night
The Western Conference leaders are a -170 favorite for this MLS Matchday 23 clash
Read on for the LAFC vs Seattle Sounders odds, preview, projected lineups, and best bet

Friday night brings an intriguing fixture of MLS action as high-flying LAFC welcomes the Seattle Sounders to the Banc of California Stadium. The kick-off is scheduled for 11:00 PM ET in Los Angeles.

The hosts are coming off a comfortable 2-0 victory over Sporting KC on the weekend as Gareth Bale scored his first goal in the United States. The Sounders meanwhile ended a brutal three-game losing run, defeating Colorado 2-1 on home soil.

LAFC is a heavy -170 favorite for Friday’s clash but the return fixture between the two sides ended in a 1-1 stalemate last month.

The under at +120 odds could offer value here in totals betting because three of the last four meetings have hit under 2.5 goals.

Just about everything is going right for LAFC this term. They sit atop the MLS with 45 points through 21 games and as we all know, just lured in two magnificent talents in Gareth Bale and Giorgio Chiellini. Steve Cherundolo’s men have been winning non-stop lately, securing the full three points in five of their previous six outings. They even have the best MLS Cup Odds at +250.

Saturday was another impressive performance for LAFC, despite getting outplayed by Kansas City in terms of possession. Nevertheless, the visitors capitalized on their opportunities, with Cristian Arango finishing off a beautiful piece of build-up play as he banged home a smashing strike in the 56th minute. Towards the end of the second half, Bale immediately made his presence felt as well, scoring a very pretty goal to get his MLS career started on the right foot.

LAFC will have no shortage of confidence heading into Friday too, going 8-1-2 at Banc of California Stadium in 2022.

Seattle is typically one of the better clubs in the West, but that hasn’t been the case this season. The Sounders own a 9-10-2 record and currently sit out of the playoff picture in ninth place. Their form is July is definitely a cause for concern as well. Brian Schmetzer’s side is 2-3-0 in their last five games and before beating Colorado on Saturday had lost to Portland, Nashville, and Chicago. In the process, they failed to score a single goal and conceded five times. Rough to say the least.

The three points against the Rapids will surely serve as a confidence booster for a team who is in dire need of positive results. The Sounders went down 1-0 early in the first period but Jordan Morris equalized just before the halftime whistle with a crafty finish. Seattle even played the second half with just 10 men after Kelyn Rowe was handed two yellows but the home support helped them, with Nicolas Lodeiro eventually netting the winner from the spot in the 71st minute.

LAFC is frankly just the better side here and they’re practically unbeatable at home. Plus, Seattle has lacked the end product in the final third, especially on the road. Much of that can be attributed to the absence of striker Raul Ruidiaz who has missed the last three games with a hamstring injury. He has returned to training and could be in line for minutes on Friday, but it may only be off the bench. The moneyline doesn’t offer a ton of value here but it’s still worth a bet. But, I’m also liking the hosts to win and keep a clean sheet.