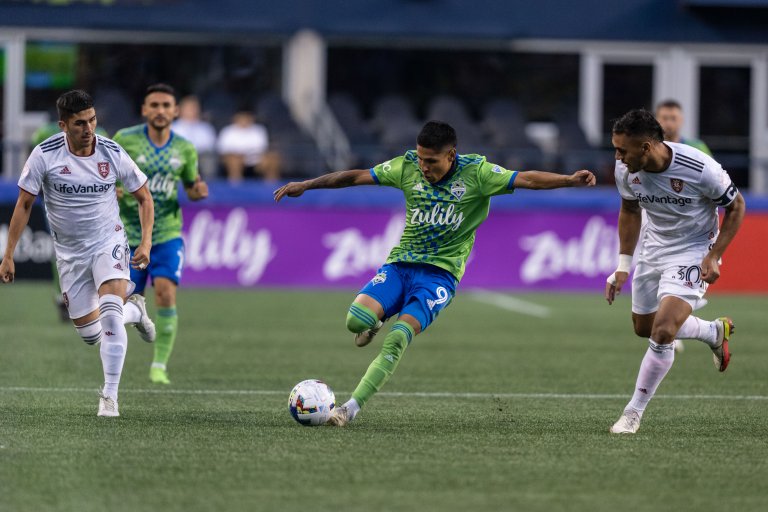 The Los Angeles Galaxy face the Seattle Sounders on Friday evening
The hosts are a -113 favorite for this fixture
Read on for the Galaxy vs Sounders odds, preview, and picks

The Galaxy is a clear -113 favorite to come out victorious on Friday. But, the previous meeting between the two sides in March saw Seattle run out as 3-2 winners courtesy of a late winner from Xavier Arreaga.

In fact, the Sounders are unbeaten in eight games against Los Angeles, dating back to 2019. Just three of those clashes ended in draws, too.

The over is set at 3.5 goals here with +140 odds, while the under sits at -170. That’s quite steep and it’s important to note the under has been hit in four of the previous five meetings, with the exception of the most recent matchup earlier in the campaign, which cashed in on the over.

The Galaxy is far from the best team in LA this term. They’re currently 10-11-3 which is good for sixth spot in the West, a whole 24 points behind city rivals and league leaders LAFC, who are flying high. Prior to dominating Vancouver last Saturday, it was five defeats in seven fixtures for this side.

The positive result up North was much-needed for Los Angeles, with the attack absolutely erupting. Midfielder Samuel Grandsir netted a brace, while former Sevilla star Chicharito and strike partner Victor Vazquez both got on the scoresheet. The crucial three points made sure Greg Vanney’s men remain in a playoff spot, but it’s important to note their form on home soil is poor, posting a 7-5-1 record.

It’s been a rather poor campaign for the Sounders, usually one of the better teams in the West. Brian Schmeltzer’s group is currently outside of the postseason picture but a victory here and results going their way elsewhere could put them into the top seven. The sportsbooks tend to still believe in them, however, with their MLS Cup odds at +2200.

Following the disappointing outcome against RSL, that’s now three losses in their last four outings, all by 2-1 scorelines. Midfielder Albert Rusnak equalized early in the second half vs Salt Lake but just minutes later, the visitors bagged a winner and held on. Goals are few and far between for Seattle this season, unfortunately, scoring only 32 times in 25 games. Hopefully, the attack can come alive and try to replicate their last match with the Galaxy.

This is a tough one to call. Both teams are in very poor form at the moment, but the Galaxy did come alive last weekend. That being said, history is on Seattle’s side in this encounter and they tend to turn up in big games. Raul Ruidiaz is also due to make his presence felt after previously returning from injury. Take the visitors on the moneyline.