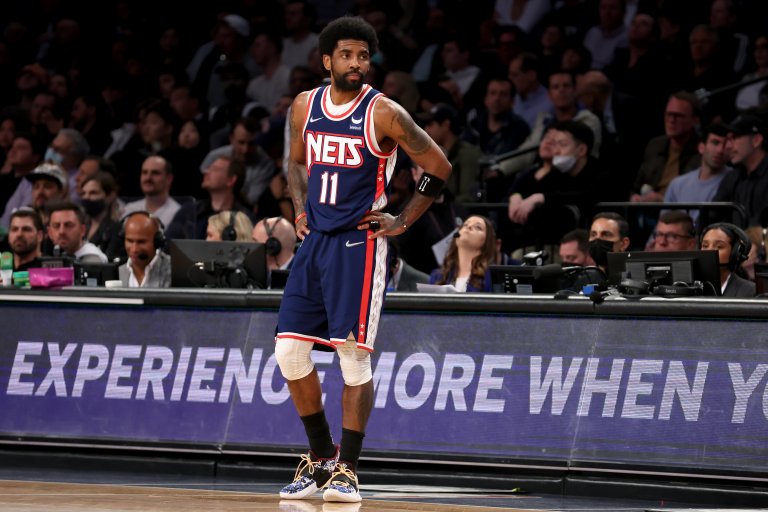 Kevin Durant’s trade request has provoked further speculation about Kyrie Irving’s future
Kyrie Irving next team odds currently have the Lakers as the frontrunner
Which team has the best chance at landing the All-Star guard?

Kevin Durant shook NBA free agency on Thursday when news of his trade request broke. Harmony did not last long in Brooklyn following Kyrie Irving’s decision to pick up his player option. The expectation is that the Nets will trade both of their stars, with Irving on a $36 million expiring salary.

Irving’s decision to opt in followed widespread speculation about a breakdown in contract negotiations and his desire to leave the team. The Nets’ NBA Championship Odds have fluctuated as a result. It’s three years to the day since they acquired Durant and Irving, and the partnership between the two friends and the franchise is coming to a calamitous end after several disrupted seasons.

Kyrie Irving next team odds have the Los Angeles Lakers as early favorites with several reports coming out that Irving wants to force his way to Staples Center to reunite with LeBron James.

Odds as of Jun 30 at DraftKings Sportsbook

How the Lakers Can Trade for Irving

The Lakers quickly became favorites to land Irving, partly because they are one of the only teams with clear interest. No one was jumping at the chance to acquire the former Celtic in a sign-and-trade a few days ago, and the rest of the league will be distracted by the Durant sweepstakes in the coming days/weeks.

Who will Kyrie Irving play for next season?

The Los Angeles Lakers (+200) are the favorite… pic.twitter.com/P8UXIJQkrt

The foundation of an Irving to the Lakers trade would be sending Russell Westbrook to the Nets (or perhaps to a third team). This doesn’t work straight up, so Brooklyn would need to include further salary, perhaps in the shape of Seth Curry, while the Lakers are bound to need to add one of their tradeable future picks in the late 2020s. Do the Nets want to take on Talen Horton-Tucker? Are they bothered about the inclusion of Austin Reaves?

Brian Windhorst also mentioned the longshot option of the Lakers constructing a package to acquire both Durant and Irving. This is about as far-fetched as it gets at the moment. One thing is clear: Irving is setting his sights on the purple and gold. Few other teams have even shown a passing interest in trading for the former first overall pick, with conflicting reports coming out about the Mavericks’ plans.

Kyrie is focused on “forcing” his way to the Lakers, per @WindhorstESPN

League executives have floated the possibility that the Lakers have a potential package to trade for both KD and Kyrie if they plan on playing together pic.twitter.com/2SzqJ6FIKs

Windhorst also noted that the Clippers could get involved if the price is low. That would require sending out multiple players to match the salary, however, and would risk upsetting a seemingly content locker room with Reggie Jackson and John Wall currently in line to share point guard duties.

What next for the Nets?

From title favorites in NBA Betting to a franchise in crisis, the Brooklyn Nets are in an almighty mess. Tanking is not an option with the Rockets controlling their draft picks for the foreseeable future. Ben Simmons hasn’t played for the team yet. They could dig their heels in and refuse to trade Durant unless they get exactly the haul they desire, but that option is not feasible with Irving.

Kevin Durant has preferred teams though also keep in mind with four years left on his deal this isn’t an AD situation where he can force his way to a team. By demanding a trade, KD is essentially saying he’d rather be on one of 29 other teams. Nets will take best offer. https://t.co/4mfF7txg6f

Irving has just one year left on his deal, and he will simply not turn up if he wants a trade. Brooklyn is looking at an historic return for Durant, but they will be lucky to get any sort of meaningful asset for an expiring Irving. This also works in the Lakers’ favor — one of their future picks might be the best Sean Marks can get for moving Irving.

With Durant still among the favorites in NBA MVP odds, and teams hoarding their picks and players to make offers, Irving trade news could take a back seat. While every front office will have to consider what package to offer for Durant, the pool of teams with even potential interest in Irving is much smaller.

Everything suggests the seven-time All-Star is heading to the Lakers — it might just be a question of what the Nets can get back.