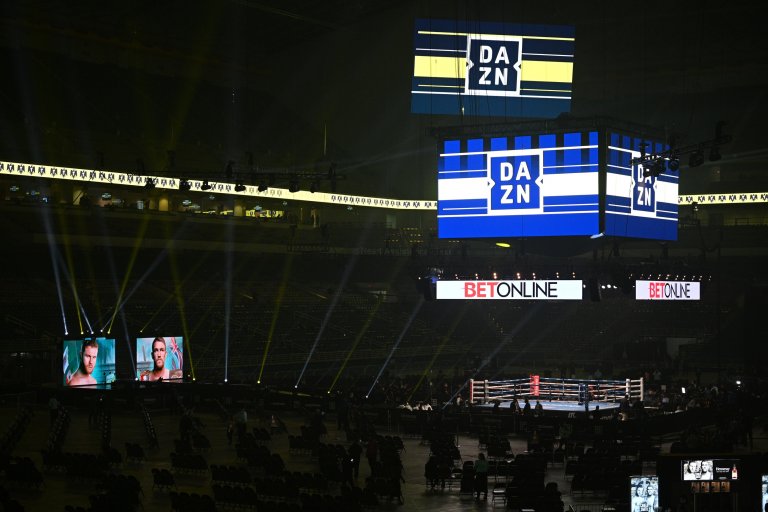 KSI vs Swarmz goes Saturday, August 27th at 2 PM EST
KSI is a sizable favorite heading into the fight at the O2 in London
Check out the KSI vs Swarmz odds, analysis, and predictions, below

KSI vs Swarmz goes this weekend from O2 Arena in London, and broadcasts on DAZN. The former is a gargantuan favorite over the latter in the KSI vs Swarmz betting odds, priced at -1500.

Let’s analyze the KSI vs Swarmz odds as we provide our best bet for the bout.

KSI will actually take on two separate opponents in the same evening in a pair of cruiserweight contests. He faces Swarmz in the event opener and then clashes with Luis Pineda (a 2-5 professional boxer) in the main event.

The notion of fighting multiple opponents in one evening harkens back to George Foreman fighting five men in Toronto, spectacles from Two Ton Tony Gallento, and more.

KSI was initially supposed to face fellow YouTuber Alex Wassabi until he suffered a concussion and a fractured hand while training for the late-Summer bout.

He hasn’t donned the gloves in nearly three years, and now KSI has signed on for a pair of six-round contests to go down the same night.

After a ballyhooed amateur debut against Joe Weller, the British YouTuber had a pair of fights with Logan Paul.  The first Paul versus KSI clash ended inauspiciously in a majority draw, while the other ended in a split-decision win for KSI following a multi-point deduction on Paul for striking downed KSI.

Some like Jake Paul have even taken to Twitter to point out that KSI and Swarmz have music together, and in talking trash, said the fight should be free.

Swarmz has dropped a KSI diss track before this contest, but outside of verbal volleys, this guy has never thrown down in a regulated bout. The 25-year-old former semi-pro footballer does have an athletic base, but this does not bode well for the rapper in my estimation.

While it’s a modicum of experience, KSI does have that edge over Swarmz leading into this one.

These two will clash as part of the MF & DAZN: X Series and the knowledge deficit is such that Swartz has said he’s had to learn how to box within the last few weeks and also lost twenty-two pounds in the process.

KSI has stated that he would probably delete his entire social media presence and disappear if he were to lose to this replacement opponent.

KSI vs Swarmz Tale of the Tape

This prizefight is slated for six rounds and I think it ends inside the distance. Since this is KSI’s first fight of the evening and his opponent has never fought before, the onus to get on him early will lead to a KSI stoppage inside of the first three rounds I think.

I think there’s value in seeking out a prop bet on this bout ending inside the distance as well as a prop on KSI winning via KO or TKO.