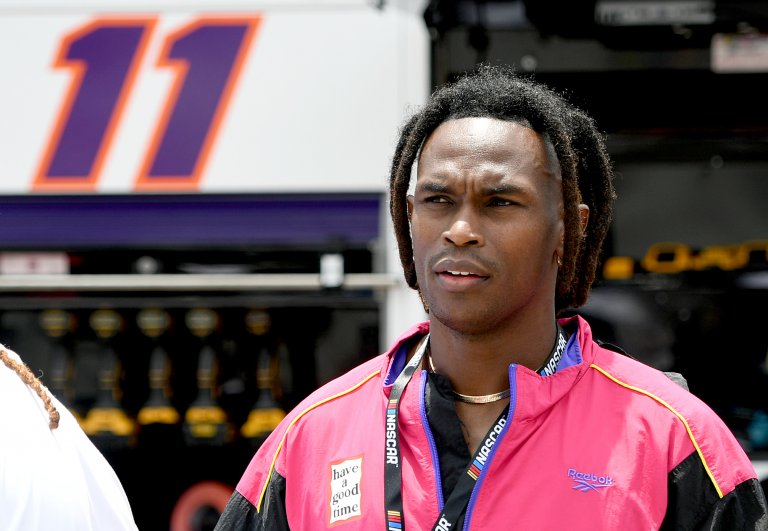 Former All-Pro wide receiver Julio Jones is back in the NFL after signing with the Tampa Bay Buccaneers
However, this move didn’t move the needle on Jones’ NFL Comeback Player of the Year odds (+7500)
Tampa Bay is favored to win the AFC South title; so is Jones worth a wager for NFL CPOY?

Five-time All-Pro and seven-time Pro Bowl selection Julio Jones is coming back to the NFL. So should you think about betting him in the NFL Comeback Player of the Year odds?

Good question. Oddsmakers appear to be expecting that you won’t be placing a wager on Jones in this NFL prop wager. He was listed at a betting line of +7500 when Jones was still an unemployed NFL wide receiver. Now that he’s officially a wideout on the roster of the Tampa Bay Buccaneers, Jones is still being offered at odds of +7500.

Keeping Up With Jones

Jones has twice led the NFL in reception yardage. He did so most recently with the Atlanta Falcons in 2018.

As well, Jones caught an NFL-leading 136 passes in 2015. Three times, he’s led the league’s receivers in yards per touch.

Seven-time Pro Bowl wide receiver Julio Jones is signing a one-year deal with the Tampa Bay Buccaneers, per source. The soon-to-be 45-year Tom Brady now will have a chance to throw to the 33-year-old Jones.

However, of late, Jones hasn’t been keeping up with those numbers. Last season, he caught a career-low 31 balls in 10 games with the Tennessee Titans. His targets (48) and reception yardage (434) totals were also lows for Jones’ decade-long NFL career.

It was the third successive season in which his numbers dipped in all three of these statistical categories. The 33-year-old receiver has missed 14 games over the past two seasons due to injury.

The Buccaneers are a deep team. They’re favored to win the division in the NFC South odds. Tampa Bay is the second betting choice in the Super Bowl odds.

Jones will be competing for playing time and the attention of Buccaneers quarterback Tom Brady with Chris Godwin and Mike Evans. Godwin caught a career-high 98 passes for 1,103 yards and five touchdowns last season. Evans snared 74 balls for 1,035 yards and 14 TDs.

Godwin is also an NFL CPOY candidate at odds of +5000. He’s returning after undergoing knee surgery for a torn ACL on Jan. 3. However, Godwin is good to go and will be in training camp with Tampa Bay.

Then you factor in running back Leonard Fournette. He caught 69 passes out of the backfield last season. Tampa Bay also added 11-year veteran tight Kyle Rudolph to replace the retired Rob Gronkowski. The fact of the matter is that Jones may find it hard to get his hands on the ball this season.

As great as Jones once was, it does seem like a long-ago memory. The recent returns give off all indications of a player whose career is in steady decline.

The best bet for NFL CPOY this season might just be the guy who oddsmakers are viewing as the best bet. That would be Tennessee Titans running back Derrick Henry.

Julio Jones is a future Hall of Famer, no doubt in my mind. Is he going to healthy for the majority of this season? That’s the question here.

I’m sure he’ll be ready for the Saints games though because history says so.

Jones’ teammate a year ago, Henry lost much of the 2021 season to a broken foot. He’d led the NFL in rushing in each of the two prior seasons.

There’s much better value on the board than Jones. Washington Commanders defensive end Chase Young (+1600) could be in for a monster year. Receiver Allen Robinson (+2500) is moving into the Los Angeles Rams’ explosive offense in which Cooper Kupp figures to be drawing most of the double coverage assignments. If New York Giants running back Saquon Barkley (+4000) stays healthy, he could challenge for the NFL rushing title.

If you like keeping your money, best that you do not ante up any NFL CPOY wagers on Jones.