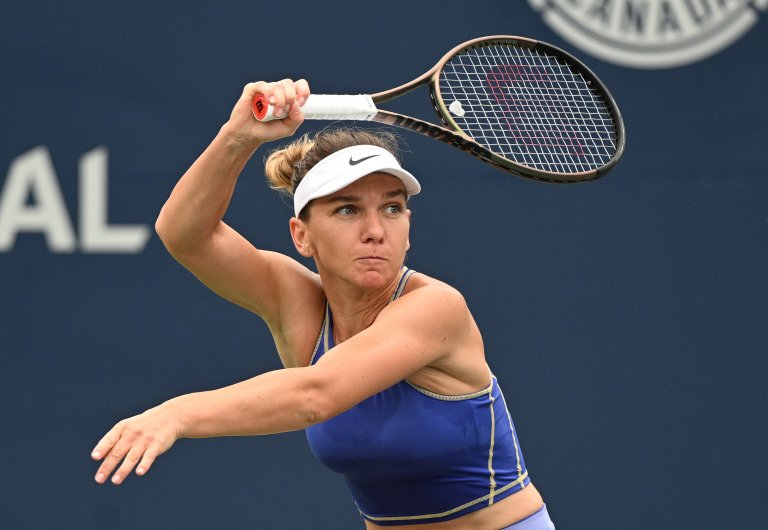 Both semifinal matches will be played today, August 13th
Simona Halep and Jessica Pegula will go head-to-head for the first time
Continue below for odds, match preview, and best bet prediction for this Pegula vs Halep match

The semifinals of the WTA National Bank Open will be played on Saturday, August 13th, with the first match being played between seventh seed Simona Halep and 15th seed Jessica Pegula.

Both players are entering the semifinal match after defeating their quarterfinal opponent in straight sets. Halep defeated 18-year old Coco Gauff, while Pegula took down Yulia Putintseva of Kazakhstan.

Odds as of August 12th at FanDuel Sportsbook

Halep is the slight favorite here, given her current form. But Pegula has had herself a very impressive week in Toronto.

30-year old Halep extended her head-to-head record to 4-0 against Gauff when she defeated the American 6-4, 7-6(2), in just under two hours. Not only has Halep not lost a match against the American, she also has yet to drop a set in their four matches.

On route to victory, Halep broke Gauff’s serve a total of six times, but cut to the second set, and Halep was unable to serve to win on two separate occasions. She obviously was able to come out on top by winning the tiebreak.

Halep is now through to her 29th career semifinal at a WTA 1000 event, and is 29-9 all-time at WTA 1000 quarterfinals. The two-time National Bank Open champion will now look towards Pegula, who she has yet to face in her career.

In just 81 minutes, 28-year old Pegula booked her spot in the semifinals for the second straight year, with a 6-3, 6-3 win against Putintseva.

On route to the win, Pegula managed 20 winners while her opponent was only have to record 12. A significant stat that help Pegula secure the win.

Much like her quarterfinal opponent, Pegula has never faced Halep, and will go head-to-head against her for the first time in their careers on Saturday.

This will be the first career meeting between Halep and Pegula, as their head-to-head sits at 0-0.

After battling some injury, Halep has really found her way back to a form that was tough against any opponent, and Pegula will be no different. Yes, the American has had a great year herself, but Halep seems to be back to her old ways.

The two have similar playing styles. They’re aggressive and enjoy utilizing the whole court. This will add to the excitement of the match for sure, but it’s hard to go against Halep right now.

It’ll be a tough match, but look for Halep to finish it in two straight sets.