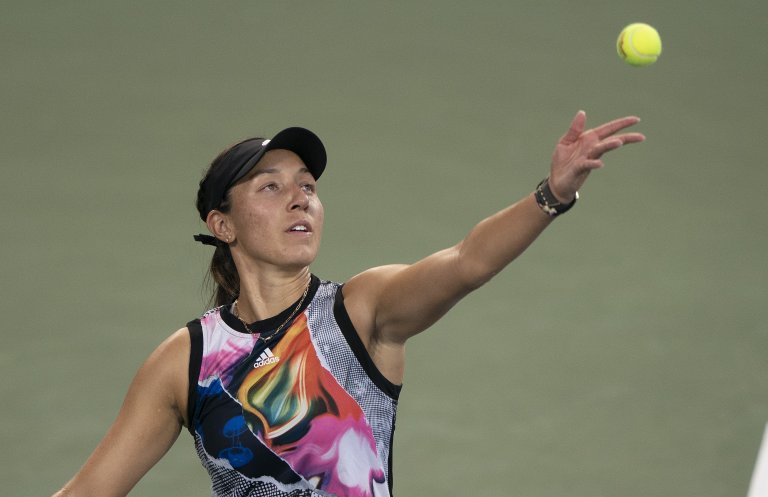 Jessica Pegula is the second-highest seed remaining at the Western & Southern Open
She meets qualifier Caroline Garcia of France in Friday’s quarterfinal (7 pm ET)
Can the underdog Garcia, in fine recent form, pull off the upset? We break it down Pegual vs Garcia here

In the roller-coaster ride that is the WTA Tour’s top 10, American Jessica Pegula stands out as a sea of calm and consistency.

And just with that, along with a simple, uncomplicated game and a high compete level, the 28-year-old has become a steadying presence in the top 10 without attracting any of the attention accorded to her rivals.

She probably prefers it that way.

Unlike most of the others she doesn’t roll around the planet with a larger retinue. It’s just Pegula and coach David Witt. And that’s pretty much it.

As she does on the court, she keeps it pretty simple.

When reigning US Open champion Emma Raducanu made short work of two former champions – Serena Williams and Victoria Azarenka (dropping a bagel on each) – the hype machine began anew around the 19-year-old Brit.

But Pegula was just better and more consistent in the rallies during their round-of-16 match. And Raducanu doesn’t serve hard enough to throw Pegula off-balance early in the points.

Raducanu also – still – has yet to beat a top-10 player in her career.

Pegula did what she often dies, she quieted the noise. The 7-5, 6-4 win was not a surprise, as Pegula has been doing that type of thing for most of the year. She has no outstanding strengths in her game, but she also has no exploitable major weaknesses.

And she never shortchanges herself on effort level.

The won-loss records of the two 28-year-olds are nearly identical. And yet it feels as though they’ve had two completely different seasons.

Pegula made the quarters at the first two majors and the third round at Wimbledon.

And after losing her opening matches at two Australian Open tuneup events, it has happened just once since then – at Indian Wells.

One of those early losses, as it happens, came to Garcia in Sydney in January.

But Pegula has yet to win a title this season. Garcia has won two.

It all seemed to turn around when she and Kristina Mladenovic won the women’s doubles title at their home Slam, the French Open.

Garcia up 40 spots in Seven Weeks

The Frenchwoman was 9-11 when she went into Bad Homburg to play on grass after the triumph in Paris.

Pegula made the semifinals last week in Toronto. And she went all the way to the doubles title with Coco Gauff.

Garcia lost her first round in Toronto against countrywoman Alizé Cornet. But she had to win two in qualifying in Cincinnati and needed three sets for both. She is on a five-match Cincy win streak that includes wins over Diane Parry, Andrea Petkovic, Petra Martic, No. 4 seed Maria Sakkari (narrowly) and Elise Mertens (in two close sets).

23 – Since June 2022, Caroline Garcia is the player with the most WTA-level main draw wins (23). [email protected]_insider @WTA pic.twitter.com/07fhudlOXV

The pressure on Garcia in this one, beyond trying to get to the semis, is to get seeded at the US Open in two weeks.

She’s on the borderline, with a live ranking of No. 31 going into Friday’s quarterfinal.

But Zhang Shuai could still pass her, as could fellow quarterfinalist Ajla Tomljanovic with a great run.

Winning Friday would pretty much nail it down, and give her a better opportunity to ease into the tournament with a more friendly draw.

It’s the kind of scenario that has, in the past, caused Garcia to lay an egg. We’ll see if she can reverse that tide.