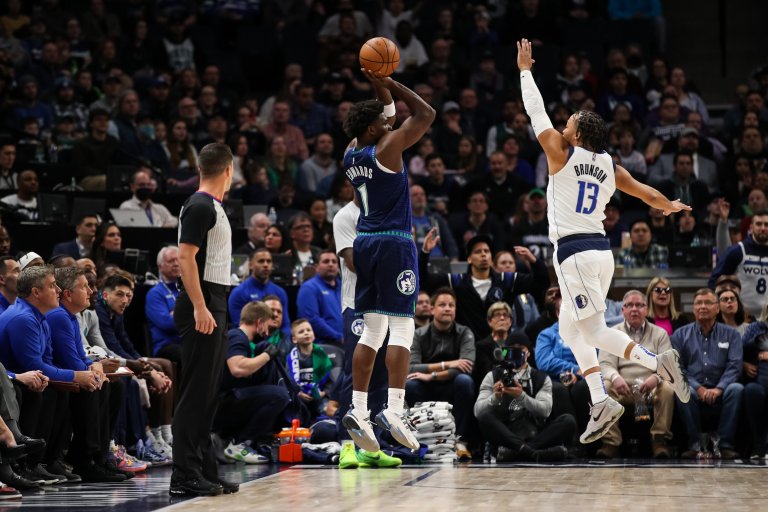 2023 Most Improved Player of the Year odds have been released
Jalen Brunson and Anthony Edwards share top spot at +1400
Will one of them take home the award or could another player swoop in? Find the odds and analysis below

We’re still a few months away from the beginning of the 2022-23 season, but it’s never too early to look at some futures. While the MVP is usually the award that takes center stage at this point, the Most Improved Player of the Year also can’t be overlooked in NBA betting. Keep reading for 2023 NBA Most Improved Player odds.

Early on, New York Knicks guard Jalen Brunson and Minnesota Timberwolves star Anthony Edwards share the best odds at +1400, with a few other intriguing names not far behind them.

Odds as of July 6th at Barstool.

Can Brunson Get it Done?

Jalen Brunson took a massive four-year, $110 million deal from the Knicks at the beginning of free agency for the opportunity to have a more established role. He was a key piece for the Dallas Mavericks last season, especially in the playoffs, but the former Villanova standout remained in the shadow of Luka Doncic. New York doesn’t have a true star right now, although RJ Barrett has shown flashes, while Julius Randle is certainly capable as well.

Some of the West’s best young players seem to think that the Knicks are making a smart move by paying big money to Jalen Brunson. pic.twitter.com/0Lf6fMop0p

Brunson steps into the Big Apple and will be Tom Thibodeau’s starting point guard. That means a lot of usage, which should certainly shoot up his offensive production. In 2021-22, the 25-year-old averaged a career-high 16.3 points, 4.8 assists, and 3.4 rebounds per night.

To me, there is no question he can easily pour in over 20 points a game with the Knicks as one of their primary ball-handlers. He is truly that talented. After all, they just gave him the biggest contract of any player ever who hasn’t yet made an All-Star Game. Don’t overlook Brunson in MIP odds.

Wimbledon Betting Promo Code: Bet $10 and Win $200 if Any Player Records an Ace

The first overall pick from the 2020 NBA Draft, Anthony Edwards shined as soon as he stepped into the Association. In Year Two last season, the Timberwolves SG saw his numbers improve as well, going from 19.3 points to 21.3 points while also putting up better averages in three-point percentage, assists, and rebounds, among others. There is no question the best is still yet to come from Ant. He is a budding star in this league and alongside Karl-Anthony Towns, is a franchise cornerstone in Minnesota.

very underrated series that no one talks about… pic.twitter.com/xcdjjaejqp

Edwards’ game is very complete already, but there is still room to grow. His shot selection is poor at times, and he does make careless decisions. However, if we look at Ja Morant, he took a massive leap between Year Two and Three, which resulted in him winning MIP in 2022. That could very well be the case for Edwards, a great athlete, and pure scorer just like the Grizzlies guard.

There are a few different players who could make some noise for MIP. Cade Cunningham, LaMelo Ball, and Jalen Green are the ones that stand out. But, I do believe it will come down to Brunson and Edwards.

Brunson might be much older than his MIP co-favorite, but he’s yet to have the freedom he’ll likely have in New York. This organization needs a spark and Brunson is a dog. This guy can absolutely ball out and it wouldn’t be surprising to see him put the East on notice.

As for Edwards, the sky is truly the limit for him. The West is a more difficult conference though and to me, Brunson is a more mature player at this point. I truly believe the Knicks fans are going to be absolutely delighted with this signing. He’s my early pick in MIP NBA odds.