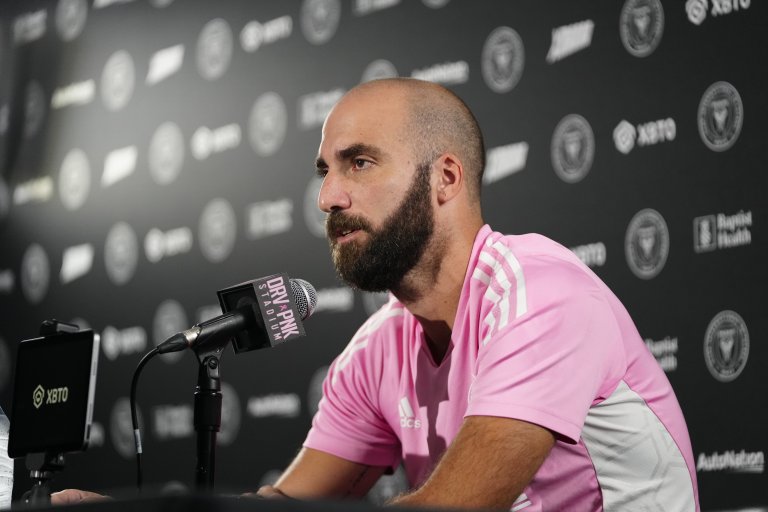 Inter Miami hosts Orlando City in MLS action on Wednesday, October 5th at 8 pm ET
Both sides can clinch a playoff spot with a win in this game, although Orlando would also need help
Read on for betting odds, a full preview and Inter Miami vs Orlando City picks here

Just 90 minutes potentially stand between Inter Miami or Orlando City and the MLS playoffs. All each team has to do is beat its’ interstate rival on Wednesday night and they can punch their ticket to the postseason’s promised land (Orlando also needs Columbus to lose at Charlotte to get in).

With both Florida teams occupying the final two postseason berths in the league’s Eastern Conference – and level on points with eighth-placed Columbus – there is much to play for at DRV PNK Stadium tonight. However, whatever happens in Miami, neither team is apparently much of a threat to hoist the MLS Cup later this season, with only Orlando City listed inside the top-10 favorites in the MLS Cup odds to win the championship.

Both teams have conceded at least 1.5 goals per game on average this season, so it is hardly surprising to see the Over 2.5 goals listed at -115 for this contest. Inter Miami is favored for this game with a -0.5 spread listed at +150, which seems like a good bet if Phil Neville’s team can keep the good times rolling here – the Herons have won their last three games, and 12 of the team’s 13 victories this season, by a one-goal margin.

No striker in Major League Soccer is in a better vein of form than Gonzalo Higuain. The former Argentine World Cup star has scored six times in his last six games for Miami, most recently bagging a late winner in the team’s 1-0 win at Toronto last Friday.

Now with 14 goals on the season, the striker is in his hottest run of league form since he scored in five consecutive games for Juventus back in 2017, which makes his decision to announce his retirement at season’s end all the more puzzling to some.

While Inter fans are buzzing after winning three straight games to improve their playoff stock, the fact that it gets to go home to clinch a playoff spot is arguably icing on a very enticing cake. The Herons have the fourth-most wins in the Eastern Conference this season, with nine wins, three draws and just three defeats at DRV PNK Stadium.

On the flip side, Orlando City comes into the game after losing consecutive games for the first time this season following last Sunday’s 2-1 loss at New York City. However, the Lions have just one three-game road losing streak since the start of the 2019 season, with that coming in September 2021.

Keeping the Herons At Bay

Orlando also has its recent record against Miami to fall back on as well coming into Wednesday’s game. The Lions are currently riding a four-game unbeaten streak against their Floridian rivals and emerged with a 2-1 in their last visit to Miami in June, 2021. They also won the first league meeting this season, with a 1-0 victory in Orlando in July, while also beating their rivals on penalties in the US Open Cup this season on their way to lifting the trophy.

33 weeks down. One to go. pic.twitter.com/GU1EhgNjtD

In eight all-time MLS meetings, Orlando has four victories, versus two for Miami, with two draws.

In a game with much to play for, the pattern will likely follow each of the previous eight MLS meetings between these two sides, which means a tight, cagey game with one side nicking a goal to seize the points. With Higuain absolutely flying in his final season, and his team trending in the right direction, bet on Miami coming out on top here.