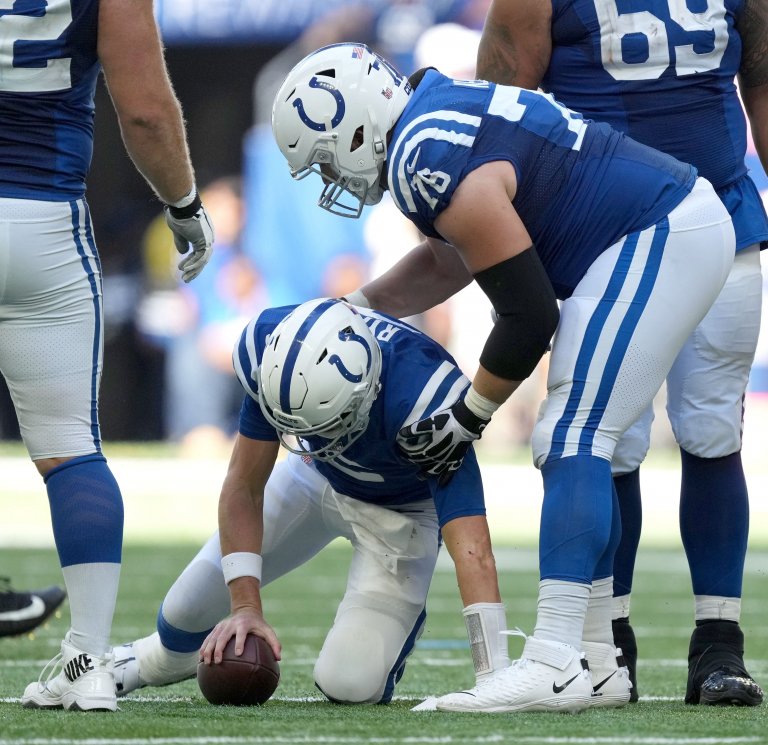 In the Indianapolis Colts vs Denver Broncos odds for the Week 5 TNF game, it’s Denver that is a 3-point home favorite
Both the Broncos (Javonte Williams) and Colts (Jonathan Taylor) could be without their feature RB
Indianapolis in 9-3 straight up in the last 12 games against Denver. What is the best bet for your Colts vs Broncos picks on TNF?

As the Indianapolis Colts (1-2-1, 1-3 ATS) visit the Denver Broncos (2-2, 1-3 ATS) for the NFL Week 5 Thursday Night Football game, the storyline is as much about who isn’t playing as it is about who is playing.

The Broncos are definitely without running back and leading rusher Javonte Williams. Both Williams (knee) and Denver linebacker Randy Gregory (knee) have been placed on IR.

Broncos quarterback Russell Wilson has been limited in practice all week due to a right shoulder ailment. However, the team is insisting that he will be playing on Thursday.

As for the Colts, All-Pro running back and reigning NFL rushing champion Jonathan Taylor (ankle) is out.

The Broncos are being given the nod by oddsmakers over the Colts in this game. Denver is set as a 3-point home favorite. The Broncos are 5-5 over the past 10 games in which they’ve been set as the home chalk.

Kickoff at Empower Field at Mile High is set for 8:15 pm ET on Thursday, October 6. The weather forecast is calling for clear skies, 9 mph wind and a temperature of 69 degrees.

The game will be exclusively aired on Amazon Prime as part of a new partnership for Thursday Night Football with Amazon.

In NFL public betting trends, people are leaning slightly toward the Colts in spread wagering, but are divided in terms of moneyline wagering. The public is placing 53% of the handle and 52% of bets in spread wagering on Indianapolis. The moneyline handle is 51% in favor of the Colts. But moneyline bets like Denver at 56%. They’re listing heavily toward the under on the total. It’s drawing 81% of the handle and 70% of all bets.

The NFL team trends entering Week 5 are showing that the point spread on this game remains unchanged. The total has shortened from an opening line of 43.5 points.

Worst teams against the spread this season:

Denver is +3000 in the Super Bowl odds. Indianapolis is at +6000. The Colts are the +190 third-betting choice to win the AFC South. In the AFC West, the Broncos are third in the betting line at +500 in the NFL division odds.

Can Denver RB Gordon Hold On to the Football?

Williams is leading the Broncos in rushing (204 yards). He’s also caught 16 passes for 76 yards, placing him second on the team.

It will be tempting to play veteran Melvin Gordon, his replacement, in the Colts vs Broncos player props. But is that such a good idea? Gordon has already fumbled four times this season on 37 carries. That’s a fumble every 9.25 touches.

That is the third time a Melvin Gordon fumble has been returned for a touchdown in the last 12 games.

It is his fifth fumble in his last five games dating back to last year.

Doesn’t matter what he can do in pass pro, you cannot play a guy who’s fumbling at such an extreme rate.

Going back to last season, Gordon has fumbled seven times over the past 13 games. Three of them were returned for defensive touchdowns. He’s figuring to get a lot more touches with Williams out. Will that be translating into more fumbles?

Broncos Missing Key Elements On Both Sides of Ball

Nyheim Hines will step in to fill Taylor’s shoes. On defense, the Colts are listing MLB Shaquille Leonard (concussion) and free safety Julian Blackmon (ankle) as out.

Both the Colts and Broncos brought in high-profile QBs – Wilson for Denver, Matt Ryan for Indianapolis – to run their offense this season and in each case, the offense is sputtering. Denver is 30th in the NFL in scoring offense (16.5 points per game), while Indianapolis is 32nd (14.3 PPG).

Fewest PPG in the NFL this season:

The play on this game is the total. Indianapolis has gone under in nine of the last nine games and five of the past five road games. Denver is 4-11 in the last 15 against the total. The under was the winning play in 10 of the past 14 meetings between these two teams.