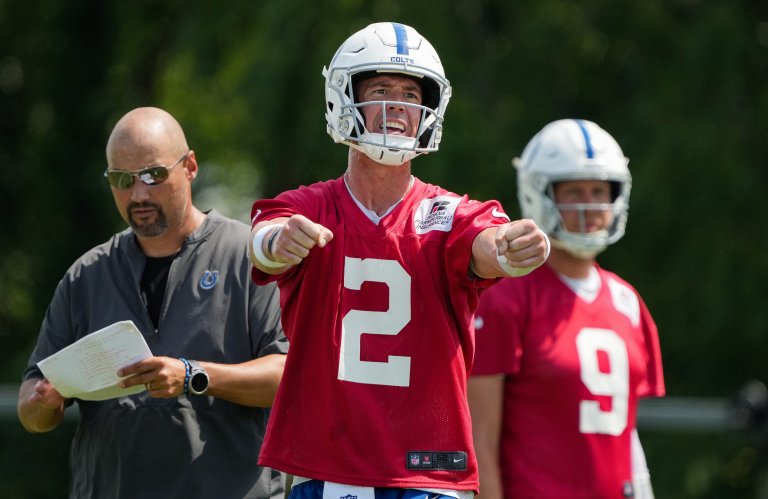 The Indianapolis Colts visit the Buffalo Bills, as both teams open their preseason schedule
Matt Ryan will start for Indy, while Josh Allen will not suit up for Buffalo
See the Colts vs Bills odds, who’s in and out, and our betting prediction

The Buffalo Bills are one of a handful of teams with a legit shot to win the Super Bowl.

The Indianapolis Colts have made some moves they hope has them competing with the AFC heavies this year.

The two will go head-to-head to start their preseason slate Saturday from Highmark Field in upstate New York. Kickoff is set for 4pm ET in a game that can be seen on NFL Network.

Odds as of August 12th at Barstool Sportsbook

The Colts are favored on the spread, which goes as high as 3.5 points on some sites, including BetMGM. When the opening Week 1 Preseason odds were released, there were four road teams that were betting favorites. The Colts became the fifth, once it was announced who was in and out for this one.

Just a reminder, this is the first full year for New York Sports Betting, allowing the locals to bet up the Bills on all fronts, including 2022 NFL win totals, where they have the second highest win total set at 11, just behind the Tampa Bay Buccaneers at 11.5.

Matt Ryan In, Josh Allen Out

Perhaps the biggest news this week was that newly acquired Colts QB Matt Ryan will make his debut in Week 1.

Ryan had spent his entire 14-year career in Atlanta, stepping in as a Day 1 starter as the third overall pick in the 2008 NFL Draft. The Colts are banking on Ryan having some left in the tank, and stabilizing a pivot position that has seen a different starter for the sixth straight season.

This is a good look at Matt Ryan’s camp so far — he’s **always** coaching up the young WRs/TEs.

(Also you gotta respect a guy who can hit a 2 iron)pic.twitter.com/Y9trOdtzyR

Matty Ice enters this season on a somewhat down year, where he threw for under 4,000 yards, breaking a 10-year streak of surpassing that total. He did throw 20 TDs against 12 interceptions, while completing 67% of his passes, the second-highest mark in the last five seasons.

Also this week, Bills head coach Sean McDermott announced that Josh Allen, one of the favorites in the 2022 NFL MVP odds, will sit this one out.

James Cook showing off the value he can bring to the Bills passing game 👀 pic.twitter.com/4cA51Sy0IG

The Bills will feature journeyman vets Case Keenum and Matt Barkley under center, which takes a major chunk of steam out of what is expected to be the top offense in the NFL. There’s no indication that Stefon Diggs, Gabriel Davis, and newly acquired Jamison Crowder and OJ Howard will see any action, either.

Still, Buffalo fans will get a look at rookie running back James Cook, their third-round selection.

Indianapolis is hopeful that Ryan can execute a strong opening drive, and maybe a second series, before giving way to Nick Foles and Sam Ehlinger.

That gives the Colts’ receiving corps a quick chance to establish themselves as a go-to target. So far, the only locked in pass-catcher is Michael Pittman Jr.

Parris Campbell slots in as the second receiver, but it’s fair to say the second and third positions are up for grabs.

The group of Alec Pierce, Ashton Dulin, Keke Coutee, and Dezmon Patmon will all be jockeying for playing time on the year, and preseason is built for these kind of competitions.

It’s hard to use go-to NFL betting strategies in the preseason, and this one is no different. The Colts should have the upper hand with a handful of starters dotting the lineup, but the Bills possess one of the deepest rosters in the NFL.

Buffalo is also riding a 7-game preseason win streak, dating back to 2019, as the 2020 exhibition circuit was cancelled. They’ve crossed the 34.5 point total threshold in five of those games.

The Colts were a perfect 3-0 last preseason, and they went over the total twice.

Look for that high-scoring trend to continue Saturday.