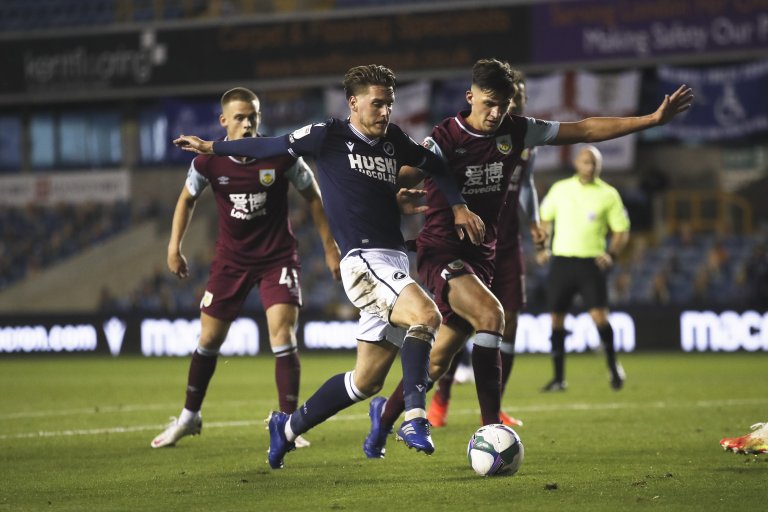 The opening game of the new EFL Championship season is Huddersfield vs Burnley with it all kicking off at 3:00 pm ET in Huddersfield’s John Smith’s Stadium.

Huddersfield will be hoping to go one better than last season, where they made it to the playoff final, while Burnley hopes to bounce back to the Premier League at the first attempt after being relegated last season.

We preview Huddersfield vs Burnley and offer below some analysis, team news, and picks for this huge Championship clash.

Odds as of July  29 at Caesars Sportsbook.

Burnley is listed fourth favorite to win the Championship at +800, while Huddersfield is +4000 to win the league.

Caesars have listed ‘over 2.5 goals’ in plus money at a tempting +115, and under 2.5 at -145, which fairly reflects the cautious nature of some early-season games.

Huddersfield overachieved last season and made it to the Championship playoff final under coach Carlos Corberan after a really impressive third-place finish in the regular season. It was over and above the Terriers’ expectations but they were still bitterly disappointed to lose 1-0 to Nottingham Forest in a close playoff final at Wembley after they had beaten Luton Town 2-1 on aggregate in the semifinal.

Making himself at home 🥅#htafc pic.twitter.com/vwyFgSZGe9

Over the summer, Corberan decided he had taken Huddersfield as far as could and decided to quit, with one of his team of assistants, Danny Schofield, being named as his replacement. But it’s been a tricky summer for the Terriers with two of their star players – Lewis O’Brien and Harry Toffolo Harry – departing for EPL soccer with their Wembley conquerers, Forest.

All Change in Huddersfield

So it’s been a busy and frantic summer for Schofield as he tries to put together a squad capable of another promotion push, with five players joining the club, including midfielder Tino Anjorin on loan from Chelsea and Jack Rudoni on a permanent deal from AFC Wimbledon.

Also key for Schofield has been keeping hold of his big players and despite interest from other clubs, it looks as though Danny Ward – scorer of 14 goals last term – will remain with the Terriers. A mixed pre-season schedule saw them win two of their five games.

Last season was a disappointing one for the Clarets whose relegation from the top flight ended a six-year stay in the EPL. As a result of their struggles near the foot of the table, Burnley’s board decided to part company with experienced manager Sean Dyche last April, with the club’s Under-23 coach, Mike Jackson, taking the reins until the end of the season.

End up on the losing team in training and face the punishment 😳 pic.twitter.com/QdDIMVQrcx

Jackson was however unable to keep Burnley up and their fate was sealed when they were beaten 2-1 at home by Newcastle United on the final day of the season – a disappointment after a couple of good results had given them more than a glimmer of hope. Unfortunately, just one win in their final four games was to cost them their EPL place.

In early June, the Clarets’ board appointed former Man City star and Anderlecht manager Vincent Kompany as their head coach, and it’s been a tricky first few months for the Belgian. Nathan Collins, James Tarkowski, Nick Pope, Wout Weghorst and Ben Mee have all left the club as it looked to slim down its wage bill, so Kompany’s main task has been to reconstruct a squad capable of getting promoted.

Eight players have been brought in, either on loan or on a permanent deal, including Scott Twine from MK Dons and Josh Cullen from Anderlecht. The Clarets have been away in Portugal in a training camp but have also played three friendlies – winning two and losing one.

The upheaval at Huddersfield over the summer will have come at a cost, and the departure of Toffolo and O’Brien – their two best players – will also hit them hard. Schofield has an incredibly difficult job on his hands given how well Coberan coached them last season, and this is a tough opener.

While Burnley have also had a churn of players over the summer, they still retain some EPL quality in their ranks and should have enough here to get their first win on the board. While they remain in plus money they represent decent value.