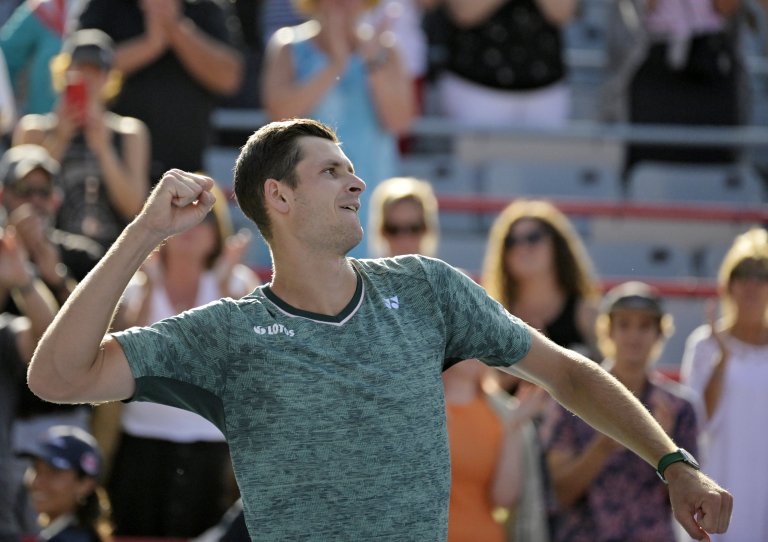 No. 8 seed Hubert Hurkacz and unseeded Pablo Carreño Busta are your National Bank Open finalists
It is an unexpected final, but both earned their spots with some of the best tennis of the week
Read on and see which of the two might have the most energy left for one more victory

With No. 1 seed Daniil Medvedev, No. 2 Carlos Alcaraz and the red-hot Nick Kyrgios the top favorites to win the National Bank Open, there likely weren’t many who gave either No. 8 seed Hubert Hurkacz or unseeded Pablo Carreño Busta a chance.

But they are the last two standing for the men’s singles final in Montreal, scheduled for 4 p.m. ET. Sunday, Aug. 13.

Odds as of Aug. 14 at Barstool Sportsbook

Notwithstanding the fact that Hurkacz looked like the happiest guy in the place when he greeted the diehard fans in Montreal at 12:15 a.m. with high fives before playing his doubles semifinal, it was a tough, tough day.

Hurkacz waited some seven hours after wrapping up his impressive victory over No. 4 seed Casper Ruud in the afternoon semifinal, to play the doubles semifinal.

One of his opponents, Dan Evans, had to finish up his night-session singles semifinal before they could take the court in doubles.

It was not deliberate, and well within the rules (and at risk of breaking his own momentum).

But the tenor of Hurkacz’s semifinal against Casper Ruud completely changed after Hurkacz took a bathroom break after winning the second set.

The previous day, his comfort break after losing the second set to Nick Kygios was long enough that the Aussie, who had appeared at the end of his rope physically from early on in the match, stiffened up and didn’t have much left in the third.

Hurkacz’s strategy to serve-and-volley on numerous occasions with Ruud with his back to the back wall on second-serve return paid off fairly well. The final stats have Hurkacz 21-for-37 at the net overall. But it feels like his success rate in that particular endeavour was higher than that.

Overall, though, it was an exceptionally clean match from both, with Hurkacz hitting 15 aces against an excellent returner, hitting nearly three times as many winners as errors, and winning 69 per cent of his second-serve return points in a 5-7, 6-3, 6-2 win.

If he can duplicate that effort against Carreño Busta, he’ll take the trophy.

The last time the two met was also in a final – although a much smaller occasion at an ATP 250 in Metz, France.

On that occasion, Hurkacz won 43 per cent of points on Carrenno Busta’s second serve. (the Spaniard was less than half as effective).

In their two-tiebreak match almost exactly a year ago in Cincinnati, won by Carreño Busta, Hurkacz won just 25 per cent of points on second-serve return; in fact, the statistics were almost exactly reversed.

And Carreño Busta won despite going only 1-for-12 on break points. But he clearly had a great serving day.

So the match is likely to hinge on whomever does the best job going after the other’s second serve.

Some props to look out for:

To sum up, in Hurkacz’s somewhat small sample size of going on week-long runs like this, he usually takes into the clubhouse.