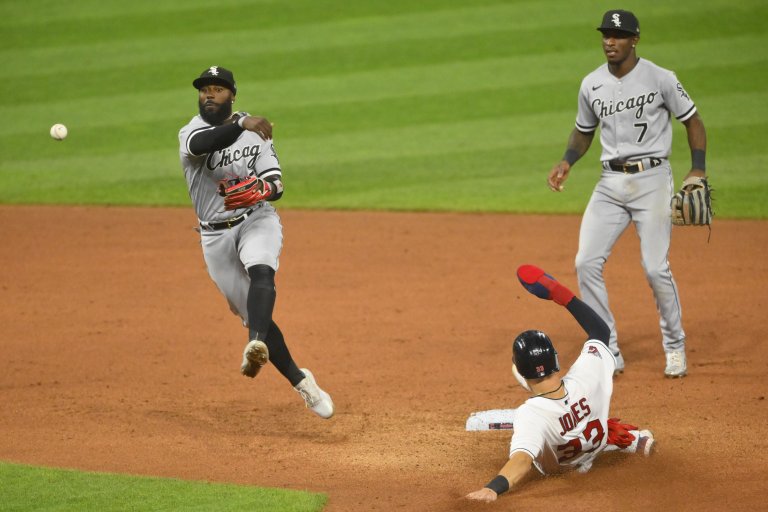 The Chicago White Sox are -115 home favorites over the Cleveland Guardians in an American League afternoon game on the docket for Saturday, July 23
It’s the opener of a day-night doubleheader between these AL Central rivals
The White Sox have won two of the last three meetings with the Guardians but Cleveland holds a 7-3 straight up edge in the season series

The Cleveland Guardians (47-44, 22-25 away) and Chicago White Sox (46-47, 19-26 home) are both within striking distance of the Minnesota Twins for the American League Central Division lead. That’s making this weekend four-game series between the two clubs all the more significant.

Cleveland launched the first salvo via an 8-2 victory on Friday. The two clubs will play a day-night doubleheader on Saturday.

First pitch at Guaranteed Rate Field is set for 1:10pm ET on Saturday, July 23. Thunderstorms with 11 mph wind and a temperature of 92 degrees are in the weather forecast.

At odds of -115, the White Sox are offering an implied probability of victory of 53.49% in the MLB betting line. A successful $10 wager on Chicago would deliver a payout of $18.90.

Guardians right-hander Triston McKenzie has found his groove during the month of July. In three starts this month, he’s 3-0 and hasn’t allowed a a run – earned or otherwise – in 21 innings pitched. He’s struck out 23 against six walks over that span, showing an 0.71 WHIP.  In his previous start against Detroit, McKenzie fanned a career-high 12 batters.

McKenzie is among the bottom 7% of MLB hurlers with an exit velocity of 91.0. He faced the White Sox in the second game of a doubleheader on April 20. McKenzie allowed one earned run over 4.1 innings and didn’t figure in the decision of Cleveland’s 2-1 victory.

Over seven appearances against the White Sox, including six starts, McKenzie is 0-2 with an 8.63 ERA. In three starts at Guaranteed Rate Field, he’s 0-1 with a 12.60 ERA.

Veteran White Sox right-hander Johnny Cueto has also won his last three decisions, albeit over a span of four starts. He’s showing a 2.08 ERA over that four-start span, with 18 strikeouts and eight walks.

Cueto rates among the bottom 5% of MLB pitchers in Max EV (115.2). He’s allowed one home run over the past 20 innings after allowing four over the previous 11.1 innings. Cueto has worked at least five innings in all 12 of his appearances this season.

He’s made seven career starts against Cleveland. Cueto is 4-0 with a 2.28 ERA when facing the Guardians.

You  can’t fare much better against a pitcher than White Sox catcher Seby Zavala has against McKenzie. He’s faced the Cleveland righty twice and homered both times while driving in five runs. They were his first two MLB homers and came in the same game. Eloy Jimenez is 1-for-3 (.333) with two RBI. Leury Garcia is 2-for-6 (.333) with an RBI. Yoan Moncada is 3-for-10 (.300).

Put it on the board! 1st career @MLB home run for Seby [email protected]__piece36 | @NBCSChicago pic.twitter.com/1WyoFbBkoZ

The White Sox have consistently roughed up McKenzie, even more so when he faces them on the road in Chicago.

Meanwhile, Cueto has persistently handcuffed Cleveland batters over his career.