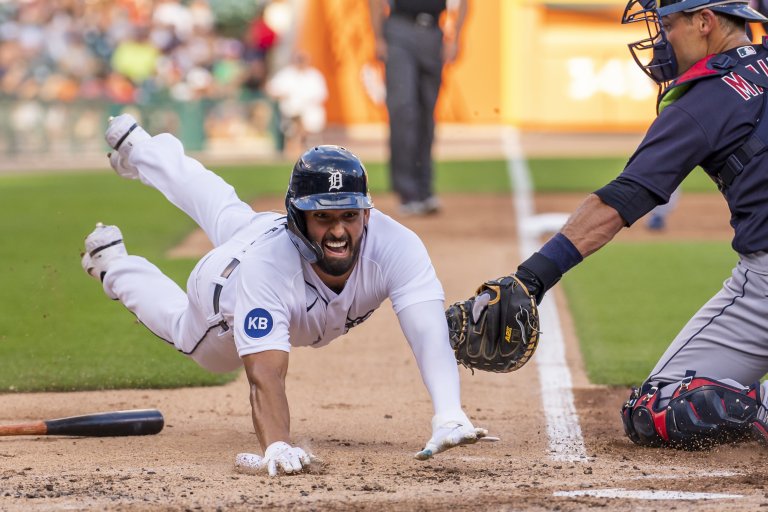 The Cleveland Guardians are -170 road favorites over the Detroit Tigers as these American League Central rivals wrap up a four-game series on Wednesday, July 6
Detroit swept a doubleheader from Cleveland on Monday
Below, see the Guardians vs Tigers odds plus best bets for Wednesday’s game

For the first time this season, the Tigers swept a doubleheader when they took two from Cleveland on Monday. When they take the field on Wednesday, Detroit will be poised to sweep a four-game series for the first time all year.

Oddsmakers, though, are going to keep rolling with the Guardians. For the fourth straight game in this series, it’s Cleveland that is favored. The Guardians are set as the -170 chalk. Detroit has won an MLB-high 14 games this season as a home underdog.

First pitch at Comerica Park is set for 1:10pm ET on Wednesday, July 6. Cloudy skies with 8 mph wind and a temperature of 82 degrees are in the weather forecast.

At odds of -170, the Guardians are offering an implied probability of victory of 62.95% in the MLB betting line. A successful $10 wager on Cleveland would deliver a payout of $15.90.

MLB betting trends are showing the public is backing the Guardians. Cleveland is getting 58% of the action on both the moneyline and runline. As well, 58% of public money is supporting the under on the total.

Who better to halt the Cleveland skid than the 2020 AL Cy Young Award winner? However, Guardians right-hander Shane Bieber isn’t looking like vintage Bieber this season. He’s winless since June 4 and shows two wins since April 21.

This is the new normal for Shane Bieber. The fastball is now siting 91/92mph, so he’s trading them for more Sliders. He locates all his pitches well, but the Slider and Knuckle Curve bring the Stuff he needs to really thrive. He found his recipe for success last night #ForTheLand pic.twitter.com/xFIN5ZDPjw

He’s 1-1 in two starts this season against Detroit. Bieber got the win in an 8-1 verdict at Detroit on May 28. He allowed one earned run and eight hits over eight innings pitched. Over his career, Bieber is  7-3 with a 2.18 ERA in 10 career starts against the Tigers.

Tigers right-hander Michael Pineda won his opening start for Detroit. He worked five shutout innings of three-hit ball in a 3-0 triumph over the New York Yankees on April 21. In five starts since, he’s 0-3 with a 4.43 ERA.

On July 1, Pineda made his first start since May 14. He’d been out with a fractured finger. He took the loss in a 3-1 setback against the Kansas City Royals. Pineda allowed three runs on seven hits in five innings of work. Back-to-back homers by Vinnie Pasquantino and Hunter Dozier in the fourth inning spelled doom for Pineda.

Ok, do not trade for Michael Pineda! https://t.co/ppTM4oKwUv

Detroit catcher Tucker Barnhart is 4-for-13 (.308) when facing Bieber. Jonathan Schoop is batting .292 and has a solo homer. Miguel Cabrera is only hitting .190 against Bieber but has a homer and 3 RBI. Willi Castro is batting .188 but with a homer and 4 RBI.

The Tigers are looking for their first sweep of a four-game series since taking four from the Texas Rangers July 19-22, 2021 at Comerica Park. They’re trying to win four in a row for the first time since May 13-16 of this season.

Cleveland continues to scuffle. The Guardians are 4-11 straight up over the past 15 games. Bieber, though, has Detroit’s number. He’s proven particularly effective at Comerica Park.