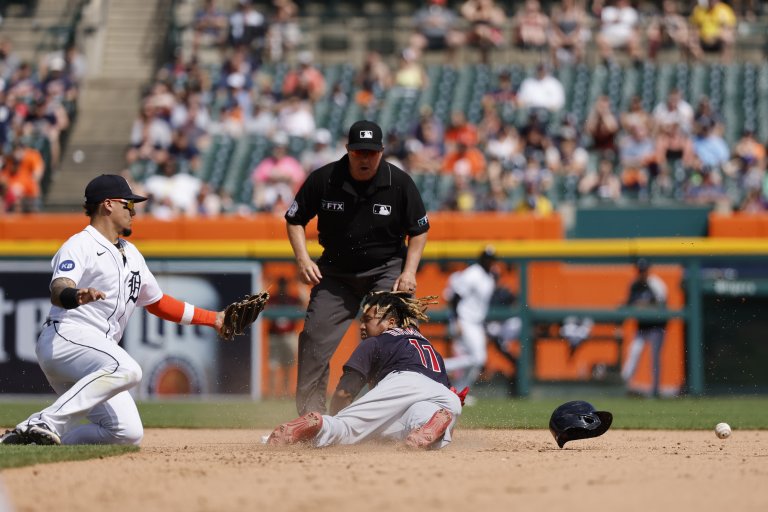 The Cleveland Guardians are -140 road favorites over the Detroit Tigers in an American League afternoon game slated for Monday, July 4
It’s the first game of a day-night twinbill
The Guardians vs Tigers odds and best bets are analyzed in the following story

The Detroit Tigers (30-47, 19-24 home) own a winning record (3-2) against the Cleveland Guardians (40-36 , 20-19 away) this season and that’s saying something. Winning and the Tigers are two words not often found together in the same sentence this season.

Only two American League teams show a worse record than Detroit’s 30-47 slate. However, the 19-24 home mark fashioned by the Tigers is better than five other AL clubs.

Cleveland, though, is among three AL Central teams with winning road records and oddsmakers are listing the Guardians as -140 away favorites in the opener of a doubleheader against Detroit. Cleveland is an impressive 10-3 straight up as a road favorite this season.

First pitch at Comerica Park is set for 1:10pm ET on Monday, July 4. Clear skies with 11 mph wind and a temperature of 87 degrees are in the weather forecast.

At odds of -140, the Guardians are offering an implied probability of victory of 58.33% in the MLB betting line. A successful $10 wager on Cleveland would deliver a payout of $17.10.

Guardians right-hander Zach Plesac has one win over his last 11 starts dating back to April 22. He’s been a hard-luck pitcher of late. In his last three starts, Plesac is 0-1 despite posting a 1.00 ERA over that span.

Zach Plesac in 5 starts against the AL Central in 2022, is 1-1 with a 2.05 ERA, and 21/5 strikeout to walk ratio, give him some run support and I feel confident about tomorrow’s doubleheader #ForTheLand

With Rony Garcia going on the IL, the Tigers selected the contract of right-hander Garrett Hill from the Triple-A Toledo Mud Hens. Hill, 26, gets the start in the opener of the twinbill and will be making his MLB debut.

Garrett Hill will make his MLB debut as Tigers starter for Game 1 of Monday’s doubleheader vs. Cleveland. He’ll make at least 3 turns in rotation before Tigers reassess their pitching situation at All-Star break.

Combined with his numbers at Double-A Erie, Hill has struck out 98 batters in 69 innings pitched. Hill will be the fifth pitcher to make his MLB debut with the Tigers this season.

Since this is Hill’s MLB debut, no Cleveland batter has faced him before.

Plesac has been solid this year against AL Central opponents and historically dominant against Detroit. However, this is Cleveland’s third doubleheader in six days. The Guardians are 1-3 in the previous four games. Overall, Cleveland is 4-8 SU over the past 12 games.

Hill wasn’t nearly as dominant with Toledo as he was with Erie. Another step up baseball’s ladder figures to have similar impact on his ability as he seeks to get big-league hitters out for the first time.