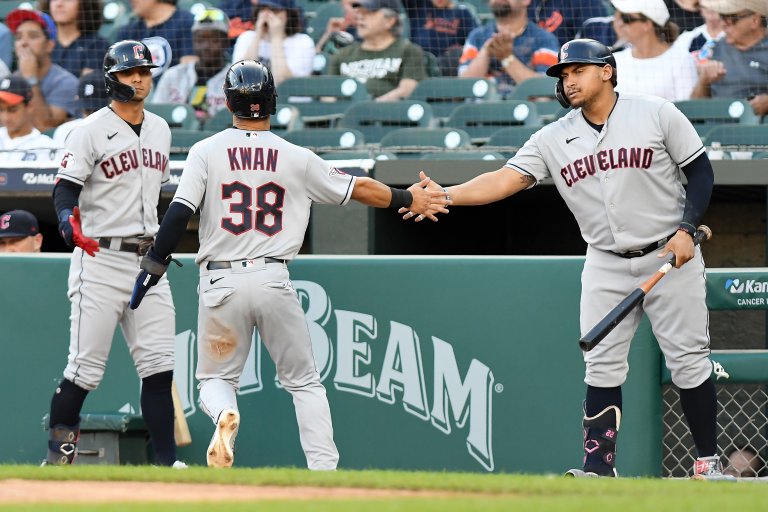 The Cleveland Guardians are -170 road favorites over the Detroit Tigers in an American League afternoon game set for Thursday, August 11
On Wednesday, the Tigers were firing GM Al Avila after six years on the job
Get the Guardians vs Tigers odds and picks, below

Cleveland is a winner of five in a row. That run of success is enabling the Guardians to move into a tie with the Minnesota Twins atop the AL Central.

In Detroit, the Tigers are settling into the AL Central basement. They are 2-9 straight up in their last 11 games. Wednesday, the Tigers were making the decision to fire longtime GM Al Avila.

It didn’t change their fortunes in the 3-2 loss to Cleveland on Wednesday. Oddsmakers aren’t forecasting change for Thursday, either. It’s the visiting Guardians who are -170 favorites in the wrap up of this three-game series. Detroit is 4-3 SU in the club’s last seven home games against Cleveland.

First pitch at Comerica Park is set for 1:10pm ET on Thursday, August 11. Sunny skies with 10 mph wind and a temperature of 77 degrees are in the weather forecast.

At odds of -170, the Guardians are offering an implied probability of victory of 62.96% in the MLB betting line. A successful $10 wager on Cleveland would deliver a payout of $15.90.

Right-hander Zach Plesac’s nickname is Sac. Perhaps this season, that handle should be changed to Sad Sack.

In his MLB debut on July 4, Tigers right-hander Garrett Hill beat Plesac and the Guardians 4-1. He allowed two hits and one earned run over six innings of work.

One stat line that stands out about Garrett Hill’s start tonight. He generated 15 swings and misses. pic.twitter.com/8UYX7RQoRF

Hill did turn it around in his last start, though. Working 5.2 innings of six-hit ball, Hill allowed one earned run and got the decision in a 9-1 victory over the Tampa Bay Rays.

At Comerica Park, he’s been a much better pitcher. Hill is 2-0 with a 2.70 ERA in three home starts.

Riley Greene hits his 3rd home run of the year to put the Tigers up 3-0, Dan Dickerson on the call #DetroitRoots pic.twitter.com/Flg3Kpb3HL

However, Hill is clearly a different pitcher on his home hill. He’s beaten Plesac and the Guardians once already this season. The Tigers are 2-1 SU at home with Hill on the bump.