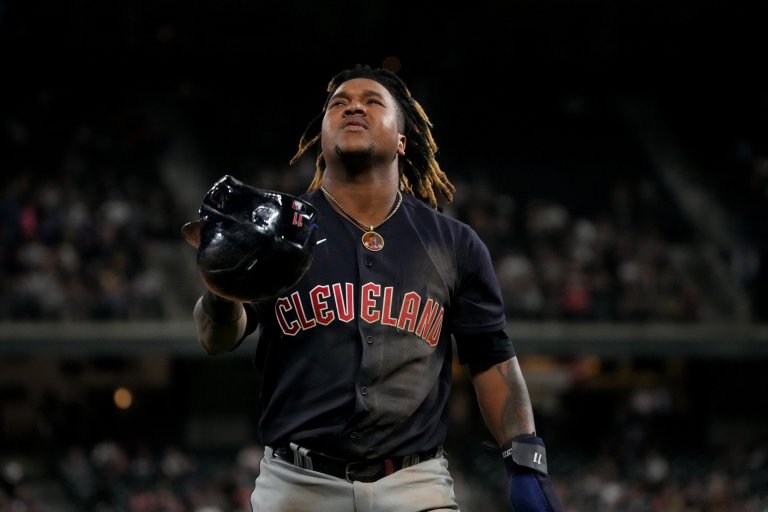 The Guardians and Rockies will wrap up a three-game set on Thursday afternoon in the thin mountain air of Denver, Colorado.

Cleveland entered play as one of the hottest teams in baseball on Wednesday, having won 12 of its past 15 games. Oddsmakers like their strong play to continue, as they opened up as the road chalk.

The Guardians are currently -122 moneyline favorites in a contest that features a total of 11.5. First pitch is scheduled for 3:10 pm ET at Coors Field, with clear skies and 93 degree game-time temperatures in the forecast.

Despite the hot stretch, the Guardians remain a longshot in the AL Divisional odds behind Minnesota and the White Sox. 24-year-old Triston McKenzie will get the ball on Thursday, looking to continue his solid season.

McKenzie has allowed three runs or less in nine of 11 outings, lasting at least 6 innings in seven straight starts. Enemy hitters are batting just .174 against him, and he boasts one of the five lowest WHIP’s in baseball.

If there’s an Achilles Heel, it’s his home run rate. He’s yielded seven homers in his past three starts and owns a fly rate of 54.8%, which is well above the league average. That’s a potential recipe for disaster pitching in the thin Rocky Mountain air, but fortunately for him, the Rockies bats are cold at the moment – more on that later.

Colorado, who’s on pace to fall well short of its projection in the 2022 MLB Win Totals, will give the ball to Chad Kuhl. The right-hander was shelled in his last outing, which has been a trend recently. He allowed five runs and eight hits in a 9-0 loss to San Diego, marking the third time in his last six starts that he’s coughed up at least that many runs.

Despite the poor stretch he’s still on pace for a career-low ERA, although there are signs suggesting he’s due for some negative regression. His current BABIP is 20 points lower than his career average mark, while his strand rate is 10% higher than last season. Given that he makes half of his starts in baseball’s most hitter friendly park, it seems like those numbers may be outliers.

Kuhl will be in tough on Thursday as Cleveland’s bats are red-hot at the moment. They’ve scored at least five runs four times over the past seven days, batting .303, with a .441 slugging percentage and .771 OPS during that stretch.

Jose Ramirez, a top-four AL MVP odds contender, went 2-for-4 with 3 RBI in the series opener, bringing his MLB best total to 62. The Guardians slugger is top-three in the American league in slugging, OPS and WAR, while ranking top-six in home runs.

The Rockies meanwhile, are struggling at the dish this month in spite of having the good fortune of playing their home games at Coors Field. Colorado has scored three runs or less in six of their last 11 contests, while Kris Bryant, arguably their most talented hitter, remains sidelined.

Kris Bryant (back strain) taking BP on the field pic.twitter.com/nIrqWlG19A

With Bryant out, CJ Cron has tried to do Colorado’s heavy lifting at the plate. He started out extremely strong in April and May, but June has been a different story. He’s batting just .226 so far this month in 52 at-bats, with only five extra-base hits.

These are two teams going in opposite directions, and we’re getting a steep discount on Cleveland. The Guardians are among the hottest teams in baseball, while not only is Colorado dead last in the NL West, they also own one of the six worst run differentials in MLB.

McKenzie has been terrific all season, in spite of his home run woes. The high fly ball rate is concerning, but the Rockies lineup has suffered a serious power outage lately and no one should expect them to take advantage of any potential McKenzie miscue.

Kuhl on the other hand, has underwhelmed for the past month and the numbers suggest his struggles might be in danger of getting worse.